We advance knowledge through innovative research and student-centered learning by engaging with diverse communities to improve well-being across the lifespan.

To be a global leader in innovative research, learner-focused teaching, and impactful community engagement.

The EHHS Strategic Plan will…

Steps in the Process:

Documents will be made available as they are completed and presented on this page.  If you have any questions about this process, please contact Dr. Erica Eckert at eeckert@kent.edu.

At just over ten years old, our college is due for a new plan to move forward—but we wish to create this plan in an inclusive manner.   To accomplish this, The College of EHHS invited more than 100 participants to attend a retreat on Aug. 22, 2018.  The retreat spanned an eight-hour period, and 97 were able to attend.  Approximately half of the participants were faculty in EHHS disciplines, broken out across the four schools.  The remaining participants consisted of staff/administrators (approximately 20), EHHS students (approximately 10), and Kent State staff members, friends of EHHS (alumni, retired faculty) and area partners (approximately 20).

The participants were split in to six teams representing areas of the Kent State University Strategic Roadmap.  Each team worked through a series of group exercises informed by the Society for College and University Planning’s Integrated Strategic Planning model.  Teams reviewed important documents, discussed the context of our college, identified stakeholders, and analyzed important trends, along with our current strengths and weaknesses.  Each team was charged with identifying potential strategic directions and potential approaches for addressing these directions.  It was anticipated that the teams’ work would be mutually reinforcing and overlapping in some areas, while distinct in others. 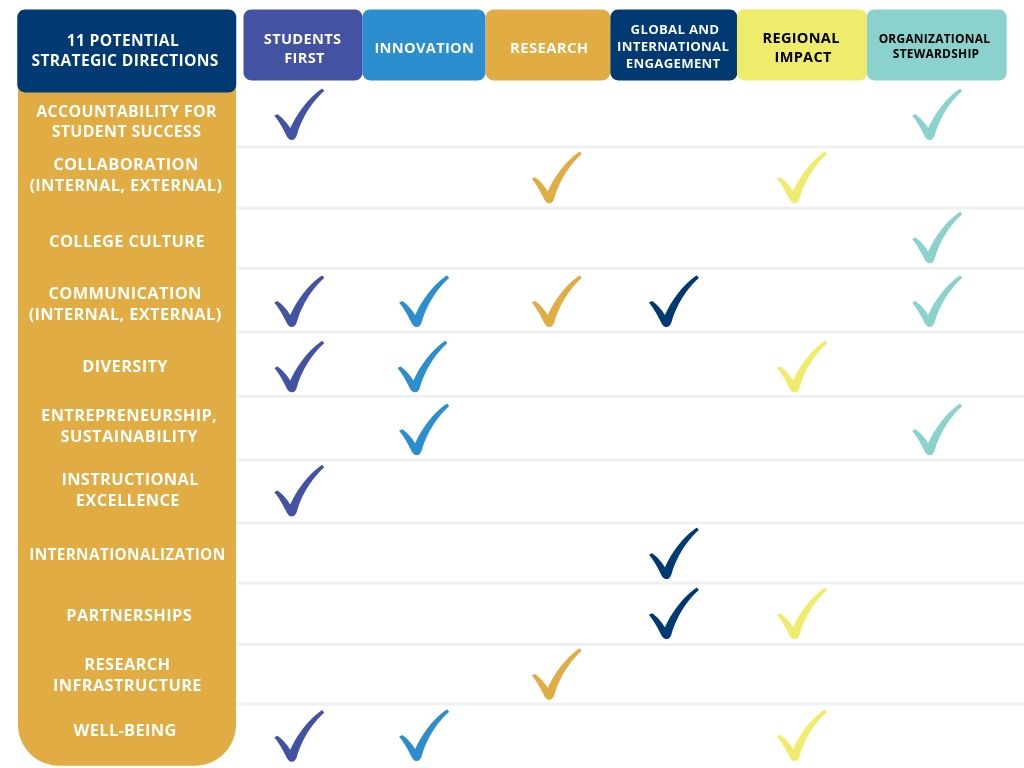 The work of the teams was guided by six facilitators, who summarized the artifacts and presented summaries back to the groups for review.  The results of the priority teams’ work was aggregated and re-organized to reduce any redundancy across the planning teams, and was then presented to the EHHS community for feedback.  The original proposed directions were presented and then we identified how this re-organization occurred to ensure it is clear how the adjustments were completed.  After the first cycle of feedback (via surveys), revisions were made followed by a second round of feedback.  After the second round of feedback (which included open house/town hall format meetings), implementation plans began and the strategic plan was released to the public in May 2019. 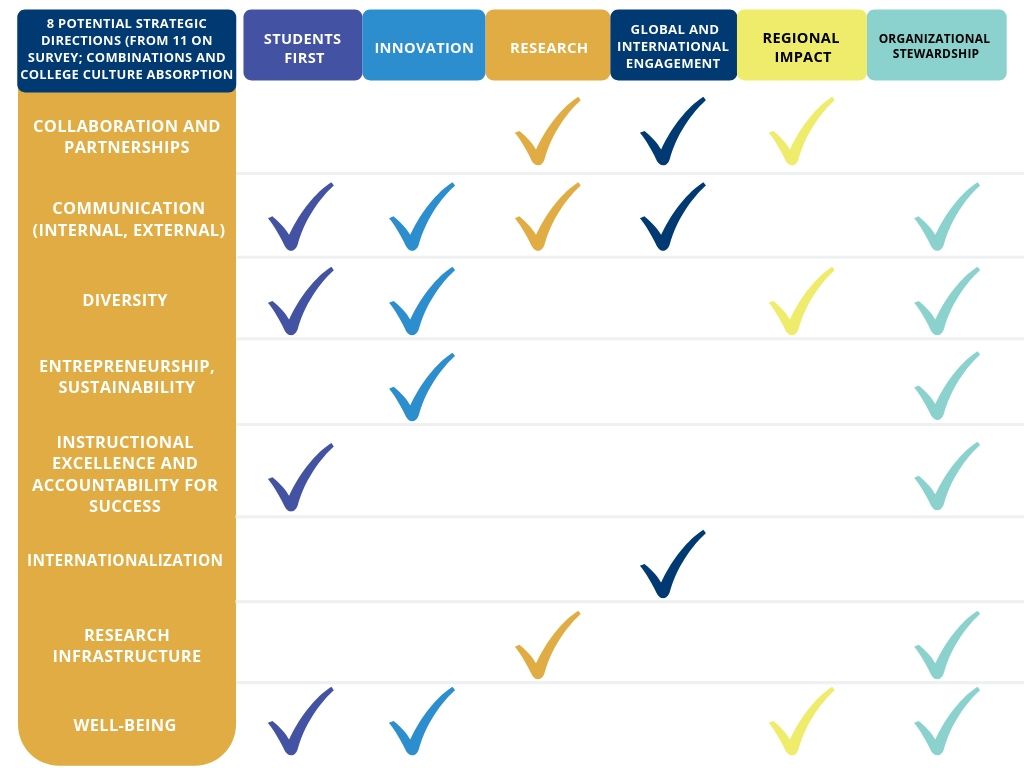 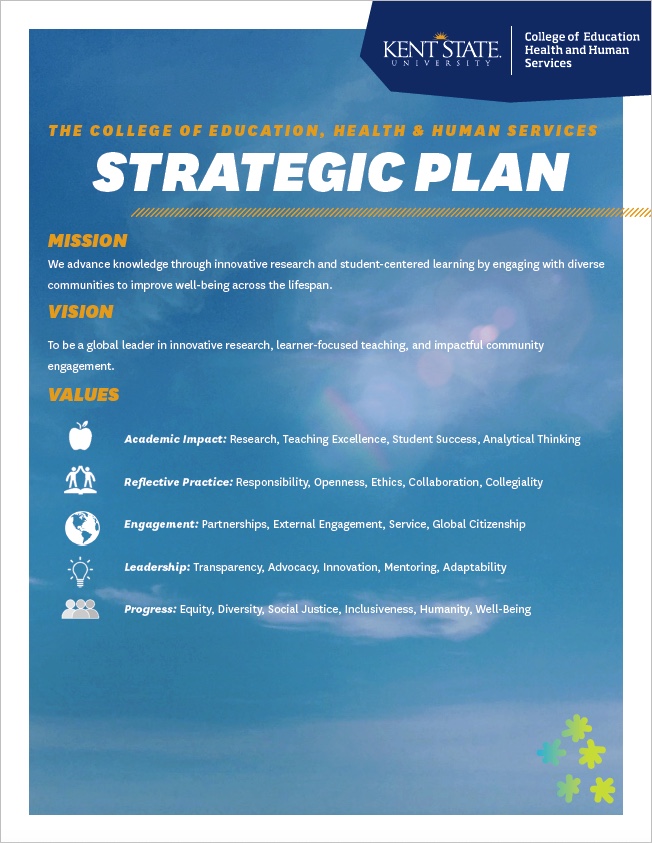