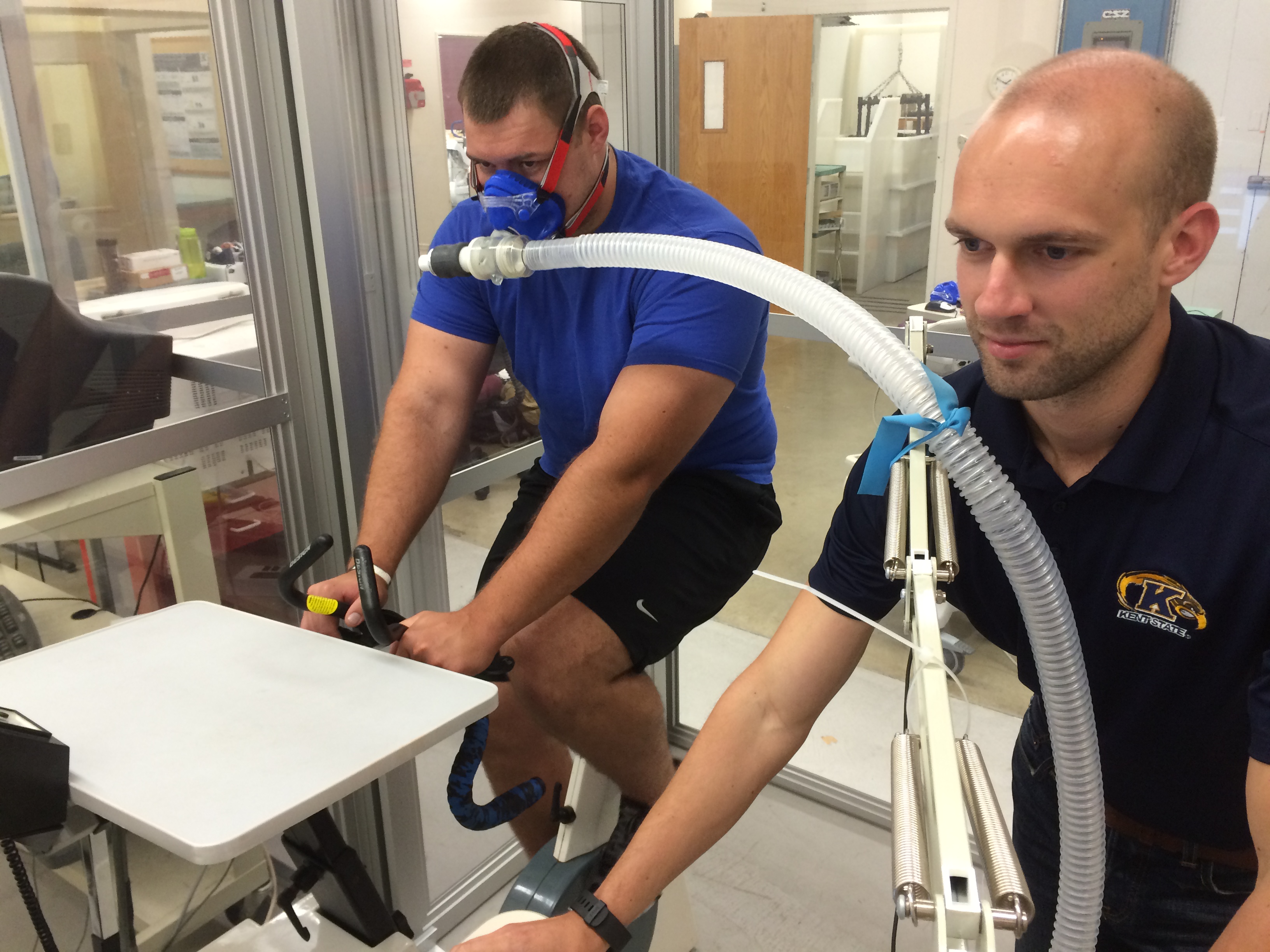 Jeremiah Vaughan, a second-year Ph.D. student in the Exercise Physiology program, always had an interest in environmental physiology, and this summer he spearheaded a project that will help to add to the scientific knowledge in understanding respiratory protective equipment resistance on workers’ physical, cognitive, and subjective performance in low-oxygen environments, such as Denver and Boulder, Colorado.

The goal of this project is to measure variables, such as mood, cognition, breathing effort and comfort, lactic acid, hemoglobin levels, blood pressure, oxygen levels and pulse, while participants ride an indoor bike with three levels of intensity over a 30-minute period in a special low-oxygen room. Additionally, participants wear a mask similar to ones that firefighters, military and coal miners would use in their daily work tasks.

Jeremiah, from Brookville, Indiana, is working under the direction of Dr. Ellen Glickman, and the project was funded by the National Institute for Occupational Safety and Health, a division of the Centers for Disease Control and Prevention.