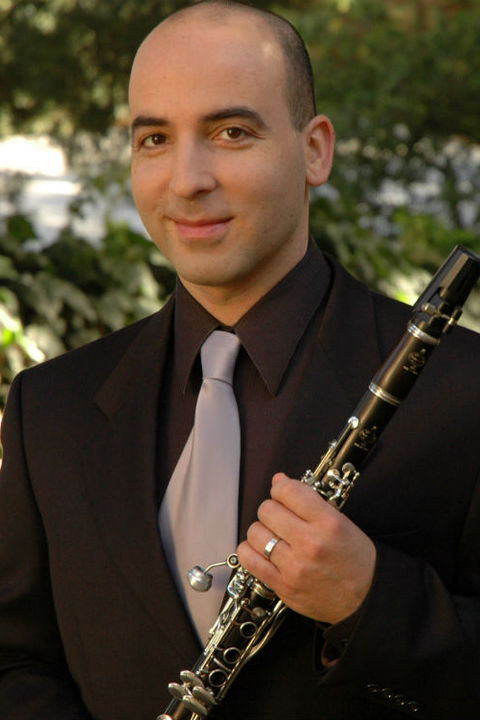 Clarinetist Amitai Vardi, an avid soloist, orchestral, and chamber musician, was appointed Professor of Clarinet at Kent State University in 2012. Vardi made his solo debut at the age of sixteen with the Madison Symphony Orchestra as a first place winner of the Steenbock Young Artist Competition. He has since won several concerto competitions, including the Round Top International Festival Competition, The Cleveland Institute of Music Concerto Competition, and the Agnes Fowler Competition. In addition, Vardi has been a featured soloist with the BlueWater Chamber Orchestra, Trinity Cathedral Chamber Orchestra, Spoleto Symphony Orchestra, and the Erie Philharmonic, as well as performing the North American premiere of Srul Glick's concerto, "The Klezmer's Wedding," with members of the Pittsburgh Symphony.

As an orchestral player, Vardi served as principal clarinetist of Red {an orchestra}, Opera Cleveland, and Lyric Opera Cleveland. He currently holds positions with The Erie Philharmonic, BlueWater Chamber Orchestra, and the Lake Placid Sinfonietta. Vardi has performed with many orchestras, including the Israel Chamber Orchestra, the American Ballet Theatre, the Joffrey Ballet, and the Chautauqua Symphony Orchestra. Most notably, he has performed over 150 concerts with The Cleveland Orchestra, including many tours to New York, Philadelphia, Boston, and Miami. During the 2014-2015 season, Vardi substituted with The Cleveland Orchestra on bass clarinet for most of the season.

His enthusiasm for chamber music has led to performances across the United States, South America, Europe, and Israel. He is featured on several chamber music CDs, including a 2017 recording with his father, cellist Uri Vardi, on the Delos Label. In addition, he is a member of the Black Squirrel Winds, Kent State University’s faculty woodwind quintet.

Vardi began his studies with Eva Wasserman Margolis, James Smith, and Linda Bartley. He received his Bachelor of Music degree from Indiana University, where he studied with Eli Eban; his Master of Music degree at The Cleveland Institute of Music as a student of Franklin Cohen; and later pursued his post-graduate studies with Yehuda Gilad in Los Angeles. He has taught at the University of Akron, and in addition to his current position at Kent State University he teaches at the Cleveland Institute of Music Preparatory Department. Since completing his studies, Vardi has taught master classes all over the United States, Europe, and Israel. During the summers, Vardi has been on the faculty at the Interlochen Arts Camp in Michigan, the Kent Blossom Music Festival in Ohio, and the Round Top Festival in Texas.