ISIS & The Politics of Horror

ISIS & The Politics of Horror

Globalization, Triangulation and the Violent Mutations of Contemporary Islamism 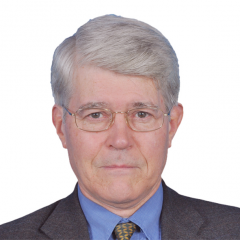 Lunch will be provided for the first 50 people.

Dr. Hugh Roberts, Edward Keller Professor of North African and Middle Eastern History at Tufts University, will be giving a talk entitled "ISIS & The Politics of Horror: Globalization, Triangulation and the Violent Mutations of Contemporary Islamism." He is a specialist on North African history and politics. He took up his post at Tufts in January 2012.  Between 1976 and 1997 he lectured in the School of Development Studies at the University of East Anglia, the Institute of Development Studies at the University of Sussex, the Department of Political Science at the University of California, Berkeley and the Department of History at the School of Oriental and African Studies in the University of London. From 1997 to 2002 he was a Senior Research Fellow of the Development Studies Institute at the London School of Economics and Political Science. He has also worked outside academia, as an independent scholar and consultant on North African affairs and as Director of the International Crisis Group’s North Africa Project, based in Cairo, from 2002 to 2007 and again from February to July 2011. He is the author of The Battlefield: Algeria 1988-2002. Studies in a broken polity (Verso, 2003) and Berber Government: the Kabyle polity in pre-colonial Algeria (I.B. Tauris, 2014). A further book, Algérie-Kabylie: Études et interventions de Hugh Roberts (in French) is to be published in Algiers by Éditions Barzakh in October.