“Star Sphere 2010,” by Susan Ewing relates to the First Amendment of the Constitution and is aptly located near the School of Journalism and Mass Communication at the north end of Franklin Hall in the Esplanade Circle. “It’s what is removed that has the power,” Ewing said, “it’s part of a series on stars”. The star is meant to pertain to newspapers, many of which feature the word “star” in their names. It also relates to the power of photojournalism, which “changed the direction of America” in 1970 after the Kent State shootings.

About this Artist: Susan Ewing of Oxford, Ohio is associate dean of the School of Fine Arts at Miami University and she has received many honors. She’s been working with star images for about 13 years, since living in the Czech Republic, where she said stars are featured prominently as decorations.

In 1995, Ewing was presented with the Ohio Craft Museum’s Lifetime Achievement Award. She also was honored twice at the White House in 1993 and 1994 by President and Mrs. Bill Clinton as one of 80 artists included in the first White House Collection of American Craft that showed at the National Museum of American Art, Smithsonian Institution, in Washington, D.C., and other major venues. 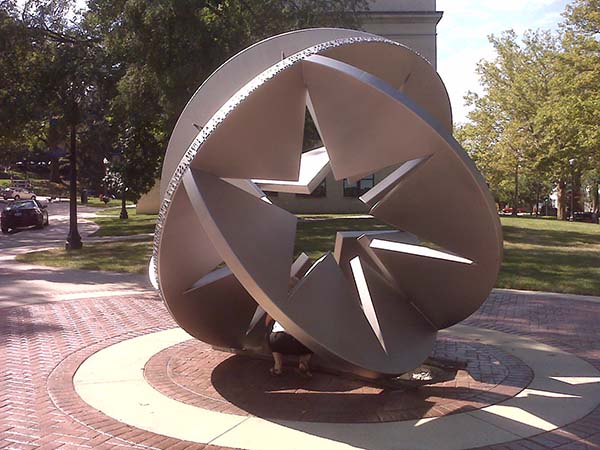