Dr. George R. Newkome received his B.S. and Ph.D. in Chemistry from Kent State University. He has been on the board of numerous corporations and editorial boards as well as the author of over 515 scientific articles, 55 patents, and has edited/written over 20 scientific books. He was one of the two founders of the field of dendrimer chemistry, a form of nanoscale polymers, and is a Fellow of the AAAS, Royal Society of Chemistry, Ohio Academy of Sciences, and the National Academy of Inventors. He started his academic and administrative career at LSU and becoming a Full Professor in 1978, and then awarded the designation of Distinguished Research Master before becoming the executive director of the LSU Center for Energy Studies. In 1986, he moved to the University of South Florida as their Vice President for Research with a faculty appointment in chemistry and was later named Distinguished Research Professor. He was host and commentator for the TV show Science Adventures and the international syndicated Beyond Science. From 2001-2014, he was Vice President for Research as well as Dean of the Graduate School at the University of Akron and is currently the James and Vanita Oelschlager Professor of Science and Technology and Professor in the Departments of Polymer Science and Chemistry as well as President of the Ohio Research Foundation and Northeast Ohio Student Venture Fund. In 2015, he was the recipient of the Docteur Honoris Causa de L'Université de Bordeaux for his contributions to international relations and chemical research. Recently, he was named the 2016 Kent State University Alumnus of the Year. 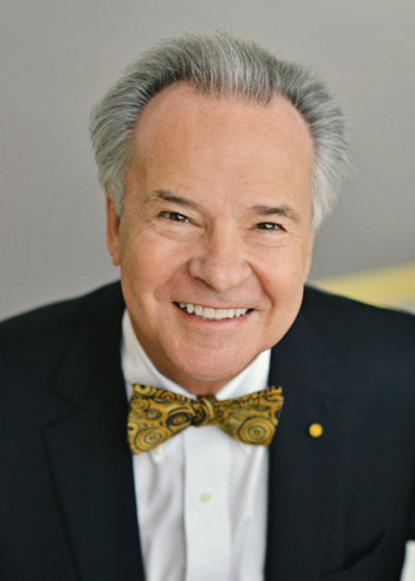