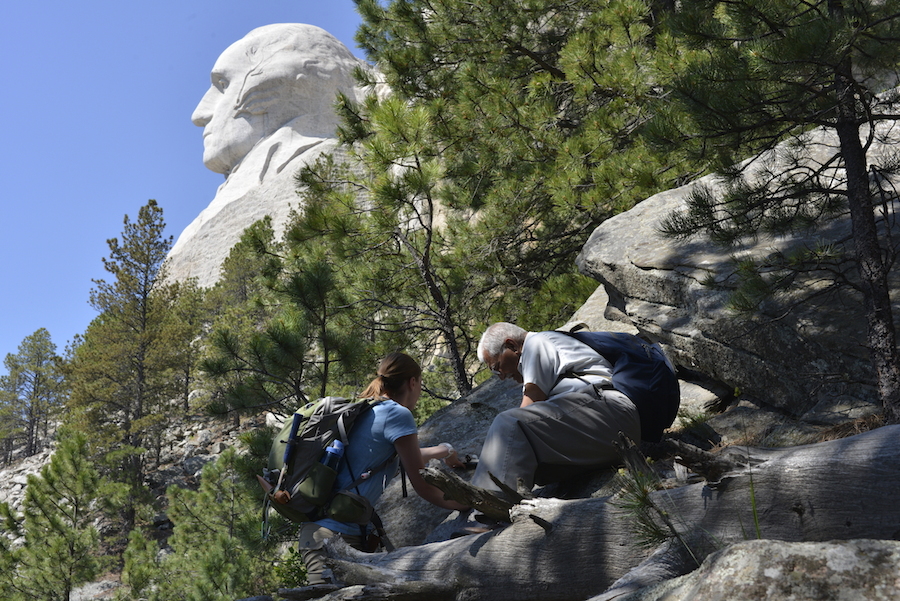 So, in 2013, with the help of his graduate student, Lindsay Poluga, the two of them reached out to the National Park Service to develop a research project and write a grant proposal. The $25,000 grant was awarded this past summer and Shakoor and Poluga traveled to Mount Rushmore, in the Black Hills of South Dakota, to study the effect of vibrations on the sculptures associated with the annual Fourth of July fireworks exhibit.

The National Park Service has not had fireworks set off for the Fourth of July celebrations since 2009 due to the fire hazard caused by the mountain pine beetle infestation.

“They (National Park Service) are interested to find out if future firework activity will cause any damage over a long period of time,” Shakoor said. “Mount Rushmore is one of the most dramatic and widely recognized features in the world and the structural integrity of its famous Presidential sculptures is of utmost importance.” 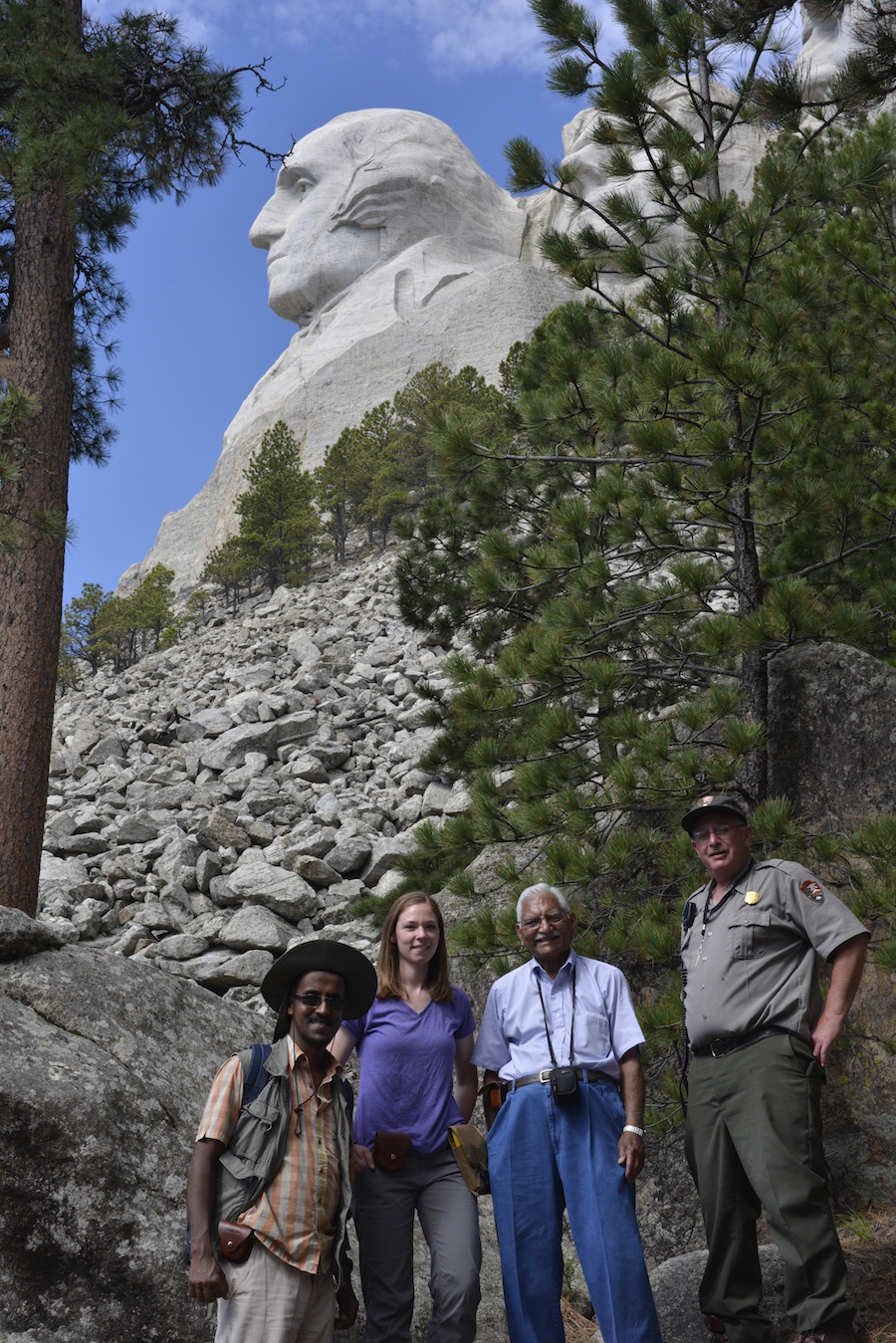 The researchers mapped and characterized fractures in and around Mount Rushmore and collected granite, pegmatite and schist rock samples that they are currently testing in the Engineering Geology lab in McGilvrey Hall on the Kent Campus.

“Although the air blast frequency and vibrations produced by the annual fireworks may be low, it is possible that accumulated movements along natural fractures in the sculpture may result from cyclic effects,” Shakoor said. “It is also possible that if multiple fireworks blasts simultaneously went off in the air, the resultant air blast may produce vibrations sufficient to cause movement on the fractures present in and around the monument.”

The researchers will process light detection and ranging (LiDAR) data to study the orientation of the fractures on the sculptures themselves and their influence on the overall stability of the monument. Data from the rock block monitoring system, installed by the National Park Service in 1998, will also be analyzed to determine if there are movements along the fractures during any previous Fourth of July fireworks celebrations. They will also be looking at temperature fluctuations and its effects.

To learn more about Department of Geology in Kent State’s College of Arts and Sciences, visit: http://www.kent.edu/geology.