A Kent State University faculty member whose research found that weight loss after bariatric surgery can improve brain functioning will speak at the Cleveland Clinic’s 2013 Medical Innovation Summit in October. 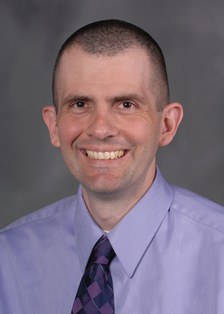 This year’s summit, focusing on obesity and diabetes, is the first major event to be held at the new Global Center for Health Innovation in downtown Cleveland. The summit is held annually by the Cleveland Clinic and draws more than 1,000 entrepreneurs, researchers, healthcare executives and investors from around the world.

In a recently completed study, Gunstad found that patients who had bariatric surgery had “clinically meaningful improvement” in memory and executive function of the brain. Executive function is a complex set of mental abilities that include problem solving, planning and organizing our behavior.

At the start of the experiment, a quarter of those undergoing surgery had meaningful memory impairments. Three years after the surgery, only 4 percent did.

His research, funded by a $1.5 million grant from the National Institutes of Health, followed 125 patients who had the surgery and a control group that did not.

The vast majority of the patients kept their weight off after surgery. Patients who had trouble keeping the weight off started to show some of the impairments that existed before surgery, Gunstad said.

It has long been known that the more obese you are, the more you are at risk for getting Alzheimer’s disease or other types of neurological disorders, Gunstad noted. That led him to wonder, “If excess weight causes memory problems, can losing significant weight have the opposite effect?”

At age 65, the rate of Alzheimer’s disease increases for all, obese or not. But where older patients were once thought ineligible for bariatric surgery, improvements to the procedure have increased the age limit on its use. Gunstad now wants to study whether older bariatric patients show the same improvements in memory and other mental abilities as young patients and clarify whether these procedures might reduce the risk of Alzheimer’s disease over time. Data from a pilot study suggest that they can, he said.

Gunstad’s broad research area is the effects of aging and disease on neurocognitive function, with a focus on cardiovascular disease and obesity.

On April 3-4, 2014, Kent State will host its Second Annual Neuroscience Symposium with the theme “The Neuroscience of Obesity.”