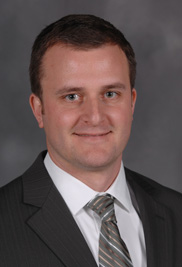 To meet current U.S. coal demand through surface mining, an area of the Central Appalachians the size of Washington, D.C., would need to be mined every 81 days.

That’s about 68 square miles – or roughly an area equal to 10 city blocks mined every hour. A one-year supply of coal would require converting about 310 square miles of the region’s mountains into surface mines.

This would pollute about 2,300 kilometers of Appalachian streams, and cause the loss of enough carbon sequestration by disturbed trees and soils to offset all the greenhouse gases produced that year by 33,600 average U.S. single-family homes.

So finds a new study by scientists at Kent State University, Duke University and the Cary Institute for Ecosystem Studies.

The study, published today in the peer-reviewed online journal PLOS ONE, is “the first to put an environmental price tag on mountaintop removal coal,” said Brian Lutz, assistant professor of biogeochemistry at Kent State, who began the analysis as a postdoctoral research associate at Duke’s Nicholas School of the Environment last year.

While many studies have documented the severity of surface mining’s impacts on local ecosystems, few have quantified the region-wide extent of the damage and provided the metrics needed to weigh the environmental costs of mountaintop mining against its economic benefits, Lutz noted.

“This is a critical shortcoming since even the most severe impacts may be tolerated if we believe they are sufficiently limited in extent,” Lutz said.

To help fill the data gap, the study’s authors used satellite images and historical county-by-county coal production data to measure the total amount of land area mined and coal removed in the Central Appalachian coalfields between 1985 and 2005.

They found that cumulative coal production during the 20-year period totaled 1.93 billion tons, or about two years’ worth of current U.S. coal demand. To access the coal, nearly 2,000 square kilometers of land was mined – an area similar in size to the Great Smoky Mountains National Park.

The team calculated the average per-ton environmental costs of this activity by using previously reported assessments of the extent of stream impairment and loss of carbon sequestration potential associated with every hectare of land mined.

“Given 11,500 tons of coal was produced for every hectare of land disturbed, we estimate 0.25 centimeters of stream length was impaired and 193 grams of potential carbon sequestration was lost for every ton of coal extracted,” said Emily Bernhardt, associate professor of biogeochemistry at Duke’s Nicholas School of the Environment.

That doesn’t sound like much until you put it in perspective, she stressed.

“Based on the average carbon sequestration potential of formerly forested mine sites that have been reclaimed into predominantly grassland ecosystems, we calculate it would take around 5,000 years for any given hectare of reclaimed mine land to capture the same amount of carbon that is released when the coal extracted from it is burned for energy,” Bernhardt said.

“Even on those rare former surface mines where forest regrowth is achieved, it would still take about 2,150 years for the carbon sequestration deficit to be erased,” said Lutz, who earned his Ph.D. from Duke in 2011.

“This analysis shows that the extent of environmental impacts of surface mining practices is staggering, particularly in terms of the relatively small amount of coal that is produced,” said William Schlesinger, president of the Cary Institute of Ecosystem Studies in Millbrook, N.Y.  Schlesinger is James B. Duke Professor Emeritus of Biogeochemistry and former dean of Duke’s Nicholas School.

“Tremendous environmental capital costs are being incurred for only modest energy gains,” he said.