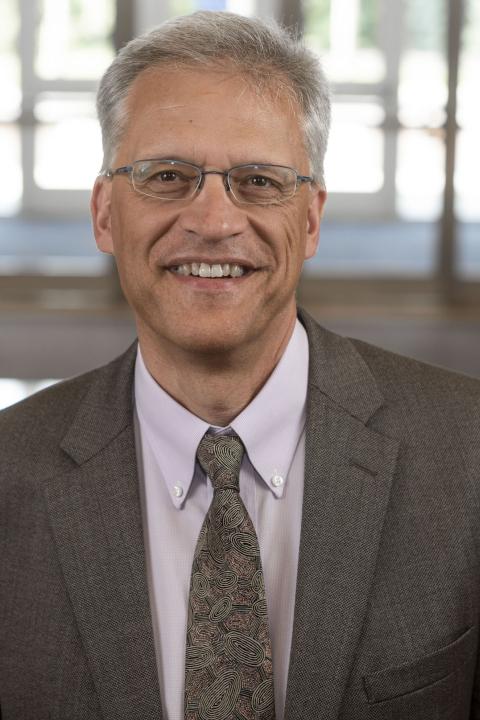 Dr. Kent McWilliams joined the Hugh A. Glauser School of Music as Director and Professor in 2019. Formerly, Dr. McWilliams served as a Professor of Music and Associate Dean of Fine Arts at St. Olaf College in Northfield, Minnesota.

An accomplished, award-winning pianist and educator, Dr. McWilliams, D.M.A., holds music performance degrees from the University of Toronto and the University of Montreal as well as an Artist Diploma from the Stuttgart Musikhochschule. Dr. McWilliams made his orchestral debut with the University of Toronto Symphony Orchestra, performing Rachmaninov’s Third Concerto. He has performed live on the CBC in Canada and the ABC in Australia. Recently, he released an album on Albany Records with renowned clarinetist Jun Qian titled “East Meets West: Music for Clarinet and Piano by Chinese Composers.” His students have gone on to successful careers in performance and education, with many winning or competing as finalists of numerous local, regional and national competitions. An in-demand clinician, Dr. McWilliams has given music pedagogy workshops in 25 states and provinces and has also been invited to adjudicate the national finals of the MTNA competition and the Canadian Music Competitions.

During his 18-year tenure at St. Olaf College, Dr. McWilliams has held several leadership positions, including Co-Chair of the Music Department and chair of the Artist Series Committee. In his most recent position as an Associate Dean of Fine Arts, he has served as a member of the Deans Council charged with overseeing all of the academic programs of the college. Dr. McWilliams has also been an active and engaged member of the International Council of Fine Arts Deans, serving on the Diversity and Inclusion Committee.

Intern Blog: Digital Meet and Greet with Donors and Supporters

Intern Blog: A Deeper Look at Our Cleveland Orchestra Partnership

Intern Blog: Reflections on the First Two Weeks of My Virtual Experience