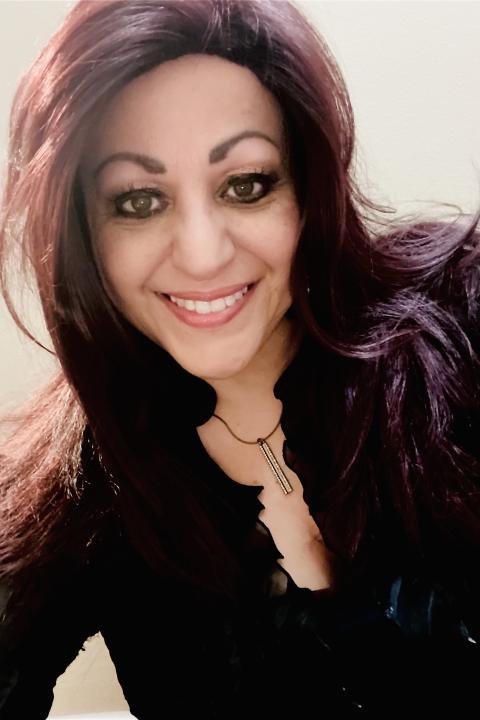 Maria is a national voice-over artist and a national smooth jazz recording artist whose original song, Pour Me A Cup of Yesterday, is heard on smooth jazz stations across the country. She has charted on the Groove Jazz Charts and the Smooth Jazz Holiday Charts in 2019 and 2020.

Born in Cleveland, Ohio, Maria began singing as a small child, surrounded by family, in the choir of her Byzantine Melkite Greek Catholic Church, where beautifully complex Middle Eastern harmony and melodies were heard.  Though some English text was sung, the Liturgies there were predominantly sung in Arabic and Greek. Maria became interested in jazz singing at a very early age thanks to her father Mike Jacobs, a drummer and singer, who performs the Great American Songbook throughout the Greater Cleveland area. He exposed Maria to jazz music from vocalists Ella Fitzgerald and Frank Sinatra to drummers Gene Krupa and Chic Webb, and frequently brought Maria to the bandstand to sing.

As a teenager, Maria became enthralled with singer/songwriters Carole King, Joni Mitchell, Stevie Wonder, James Taylor, and more. Not long after, she began writing music in the Jazz, Pop, R&B, and Christian/Gospel genres.

This former traffic reporter and disc jockey lived in Los Angeles for twelve years where she sang at prestigious venues including The Ritz Carlton, The Four Seasons, B.B. Kings Blues Club, and The Torrance Civic Center, to name a few. She recorded with several well-known artists including Alphonso Johnson and Ndugu Chancler of Weather Report. Maria has co-written and recorded with platinum selling writer/producer Tommy Coster and she has opened for acts like jazz trumpeter/songwriter Chuck Mangione (The Coach House, San Juan Capistrano,) The Average White Band, British Soul Band Loose Ends (Cleveland, Ohio), and jazz singer/songwriter Bob Dorough (Columbus, Ohio). Maria has been a featured soloist with other acclaimed artists, such as Music Director Damien Sneed (Wynton Marsalis), William Henry Caldwell and Robert Porco (Cleveland Orchestra), Byron Stripling, and the Columbus Jazz Arts Group and the Jazz Heritage Orchestra.

Maria has released eight solo albums: “No Frills,” “Free As A Dove,” “Chasing Dreams,” “Art of the Duo,” “Here Comes Winter,” “Lucky Girl,” the compilation album “Hold On Your Heart” and the live album “Bootleggin' at the Bop Stop.” She performs in Los Angeles, New York, Pittsburgh, Columbus, and historic Cleveland venues including Severance Hall, Playhouse Square, Nighttown, Blu Jazz, The Bop Stop, the House of Blues, and The TV8 Morning Show.

Maria’s jazz albums have received wonderful reviews from jazz historian and author Scott Yanow. She has written over 100 songs and is a royalty-earning member of ASCAP. Maria has presented master classes in songwriting at The Music Settlement and pop vocal technique at Kent State University Stark Campus. She is a 2016 inductee to the Brooklyn High School Hall of Fame, her alma mater. Her albums can be found on all digital music platforms. You can also find Maria on the International Movie Database (IMDb) as a composer of the theme song for the award-winning film and television show So This is Love, and as an actress in the independent film Research: The Musical.