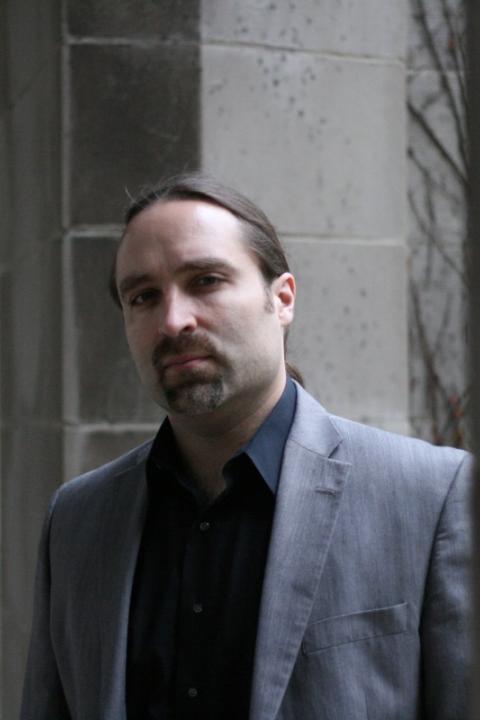 Mark Nowakowski is a composer whose works represent a modern merger of bold expressionism and mystical contemplation, Slavic pathos and American individualism. His work has been commissioned and performed globally by such notables as the Kronos Quartet, the Cleveland Chamber Symphony, The Monteverdi Cello Octet, The Voxare Quartet, the FiveOne Experimental Orchestra, Three Notch’d Road, Stowarzyszenia Mozart, Vox Musica of Sacramento, the Choir of the Shrine of the Basilica of the Immaculate Conception, and the Cracow Brass Quintet. His debut album on Naxos, “Blood, Forgotten” was praised by Gramophone Magazine for its “intense emotional worlds” with “writing that is at once fierce, haunting, and mystical“, while evoking “dramatic and psychological atmospheres as if Bartok and Shostakovich were looking over [Nowakowski’s] shoulder, but with his own sense of urgency, rhythm, and color.” Reviewer David Denton writes that “Mark Nowakowski has positioned himself among the cutting-edge composers” with this album release.

The son of Polish immigrants, Mark’s music derives a great deal of its experiential and aesthetic influence from his bicultural experience. Philosophically and spiritually, he is deeply influenced by the long history of Catholic mysticism, and is always seeking the transcendent element in all of his work.

In 2011, the Kronos Quartet premiered his “String Quartet #2: Grandfather Songs” at the International Festival of Polish Music in Krakow. In 2012, he was the composer in residence for Projekt Mozart, seeing his “O Pieknosci Niestworzona”' premiered in a concert tour of seven Polish cities culminating in Czestochowa and Warsaw. In 2008, he served as the Composer in Residence for the Canton Symphony Orchestra. He is a member of “Multimode Filter,” an electronic music composer collaboration. Mark is also the music curator for the Foundation for Sacred Arts. His writings have been published in Sacred Music Journal and at newmusicbox.org, while his columns on new music and music technology regularly appear in the Communities Digital News.

Mark received his Doctorate of Musical Arts from the University of Maryland, where he also won the biennial Walsum Award for Excellence in Music Composition. He holds a Professional Studies degree from the Cleveland Institute of Music, where he was Assistant Director of the CIM New Music Festival and was awarded the Donald Erb Prize in Composition. He holds his Masters from the University of Colorado and two undergraduate degrees from Illinois State University where he graduated with honors in both Music Theory and Arts Technology. His main composition teachers include Paul Schoenfield, Daniel Kellogg, Mark Wilson, Margaret Brouwer, Larry Moss, Steven Taylor, John Drumheller, and Michael Theodore. He has taught at the University of Maryland, Christendom College, Benedictine University, and DuPage College of Illinois and currently serves on the faculty of music at Kent State Stark.