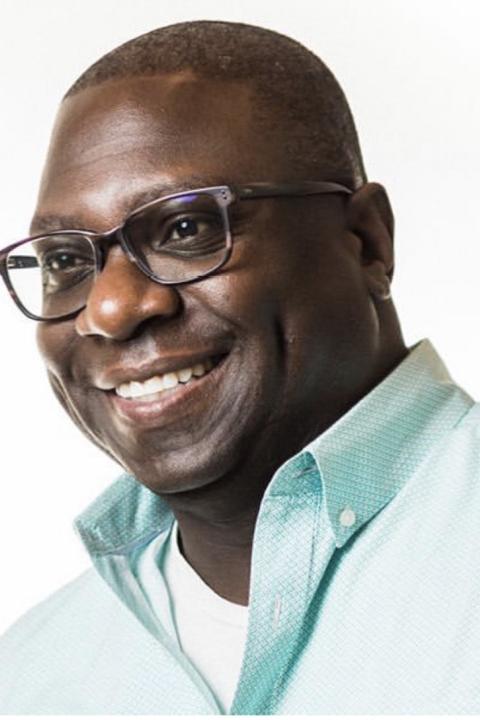 Rodney “Hubb” Hubbard, a native of Cleveland, Ohio, is acclaimed all over the world as a singer, songwriter, producer, worship leader, and most notably a pianist and organist.

Hubb began his music career under the guidance and influence of his parents, Bishop Robert L. and Virginia A. Hubbard.  His father was a member of the legendary male gospel group The Raymond Raspberry Singers and his mother sang with “The O’Neal Twins.” More influentially, his character and his gifts were formed from his grounding in the church.

Hubbard received formal training in piano and organ at the Cleveland School of the Arts, The Cleveland Music School Settlement, Interlochen Music Academy, The Cleveland Institute of Music, and the Manhattan School of Music. The training he received includes classical, jazz, and gospel.

He began his professional career in 1992 at the ripe age of 19. His experience as a principal keyboardist includes The William Brothers, the R&B group Jodeci, Mary J. Blige, Angela Boefield, the legendary Bob Singleton’s The Golden Gospel Singers (which has an annual tour throughout Europe), and a host of others. He has shared the stage with the likes of Michael Mc Donald, Lyle Lovett, The Yellow Jackets, Richard Smallwood, Karen Clark-Sheard, Walter Hawkins, and Trace Akins, to name a few.

Hubb’s production experience includes his work with his siblings Robert Hubbard, Jr., Pastor Ronald Ixaac Hubbard, and Victoria Barnes in their group The Hubbard Bros., Family and Friends. He is currently working on a Praise and Worship project for The Path of Life International Church in Zurich, Switzerland.

A gifted and inspirational teacher, Hubb taught a Gospel Music Studies program at Cuyahoga Community College and opened his own music school in 2005, The Hubbard School of Music & Fine Arts, Inc. His music school offers private instruction and masterclasses which incorporate theory with relative application. Another branch of the business is a program entitled, “The Art of Worship,” where he trains praise teams and groups.

One of Hubb’s greatest passions is ministering musically in the church. His gift is unique and has been valuable to many denominations throughout the Christian faith. Hubbard served as the Minister of Music of The Word Church in Cleveland, Ohio, under the pastorate of R.A. Vernon. During his eight years of service he produced the church's first CD, “Worship at the Word.” While serving at the Word Church and partnering with Pastor R.A. Vernon, he watched the growth of the membership explode from 500 members to over 20,000. He currently serves as Minister of Music at The Body of Christ Assembly in Warrensville, Heights, Ohio under the leadership of Bishop Erik Kincaid Clark.

One of his major accomplishments was co-writing the song “You are God Alone,” with his brother, Pastor Ron Ixaac Hubbard, which appears on Marvin Sapp’s album Diary of a Psalmist.  It was ranked #4 on the gospel billboard charts in 2004.

Over the years, he has traveled abroad to several countries including Switzerland, Germany, Austria, Denmark, England, France, UK, Canada, and Japan. He also facilitates a gospel music workshop entitled Gospel Connection throughout Italy for the last six years.

In 2018, Rodney obtained a degree of Bachelor of Science in Music Technology. He is currently attending Cleveland State University in pursuit of a master's degree in Jazz Piano Performance.

Hubbard is also a devoted family man.  He wed his bride Stacey in 2002. Together they have three children, Racquel, Rodney, II, and Rvenne.