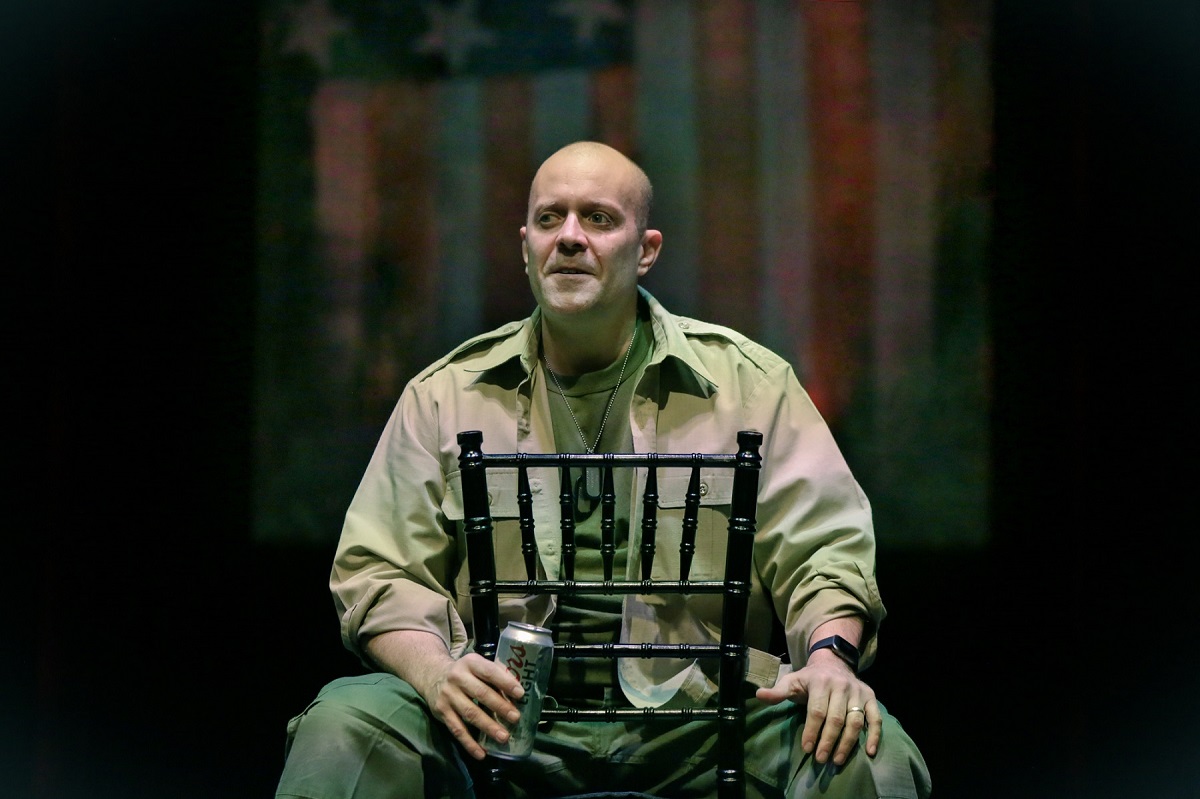 A free performance of the one man play The American Soldier will be performed at the Performing Arts Center at Kent State University - Tuscarawas on Thursday, November 17 at 7:30 p.m.

Experienced stage, film, and television actor, Douglas Taurel performs and tours his powerful solo show, The American Soldier. Based on real stories and factual accounts from actual Soldier and family member letters written from the American Revolution through current day Afghanistan. It examines the internal struggles and problems that soldiers and their families face when returning home from combat.

The show has been nominated for the prestigious Amnesty International Award and performed at the Kennedy Center in 2016 and 2019, Off-Broadway, The Library of Congress, The American Legion's National Headquarters, New York Federal Reserve Bank, and in over 28 cities and 13 states. It also received four stars out of five at the Edinburgh Festival Fringe and has been featured in The Huffington Post, The Washington Post, Washington Times, U.S. Veterans Magazine, Broadway World, Military Times, and Time Out, to name a few.

In 85 minutes, Taurel enters into the personas of 14 veterans and their family members, telling their story of courage and sacrifice. The American Soldier exposes their scars with both darkness and humor. The American Soldier is a journey through the American story with moments that resound with lasting meaning for both audiences old enough to remember and those young enough to yearn for inspiration.

Taurel explains, "This is a true work of passion, and I deeply hope that audiences will go away with a deeper appreciation of the tremendous sacrifice our servicemen and servicewomen, and their families, have made for our country."

Tickets for The American Soldier are FREE thanks to the generous support of the New Philadelphia VFW Post 1445 and VFW Ohio Charities and are available now at the Performing Arts Center box office, 330-308-6400 or online at www.kent.edu/tuscpac. The box office is open Monday through Friday 8 a.m. to 5 p.m.

The Performing Arts Center’s 2022-2023 Season is sponsored by the Tuscarawas County Community Foundation.

Free and convenient parking is available for all shows. The Performing Arts Center is located on the campus of Kent State Tuscarawas at 330 University Dr. N.E. in New Philadelphia.