Bryan Murfello has always been fascinated by the medical field because, as he says, “It’s a career choice that is ever evolving and changing.”

Considering that the scope of career options in medicine is so varied, he has been on a journey of exploration and discovery since graduating from high school. Kent State Geauga has helped Murfello to evolve and change as he navigates a fulfilling career path in modern medicine.

First, he attended the Cleveland Institute of Medical/Dental to become a pharmacy technician. That was satisfying for a while but wanted to take his career further, so he entered the Bachelor of Science in Nursing (BSN) program at Kent State Geauga Campus while working part-time at University Hospitals Geauga Medical Center as a nursing assistant. He received his BSN degree in 2015.

As a nursing student, Bryan thought he wanted to work in the Intensive Care Unit (ICU), but in his first year working on a Med-Surg floor, he had the opportunity to cross-train on the Orthopedics floor at UH Geauga.

Once there, he found a passion in caring for orthopedic patients and was offered a full-time opportunity on the Orthopedics floor at UH Geauga, working the night shift. He enjoyed this work because "most of the patients that come to the Orthopedic floor are there because they chose to and are healthy enough to have such surgeries like knee and hip replacements,” he explained at the time. “It’s great to see these patients come back from surgery and are back up and walking in a day or less. I get to see their progress almost instantly.”

Last year, during National Nurses Week, Murfello was named "Nurse of the Year" on the Orthopedics floor. The 2018 National Nurses Week theme was Nurses: Inspire, Innovate, Influence, which speaks to the potential for a nurse to inspire others by their actions to become leaders, to innovate and design new approaches that can have a lasting influence on healthcare access, delivery, and policy. This honor motivated Murfello to reach the next level in his career trajectory.

Since January 2019, Murfello has been working in PACU (pre/post-surgery) at UH-Geauga on the day shift. Looking back over his time working for the hospital, he can see how he has worked his way through different floors and departments to find the best fit for him. On each floor, he has found purpose and fulfillment. But he also has recognized new opportunities for expanding his nursing experience and knowledge and when the time was right for a career change. This adaptability is a good characteristic for the changing landscape of modern medicine.

“Every day is something different,” Murfello says. “The medical field is constantly evolving and changing and it’s exciting to be part of and witness these changes for the better.”

Step by step, level by level and floor by floor, Murfello has been working his way through a meaningful career. What started as a practical choice to attend Kent State Geauga while working became much more than Murfello originally anticipated.

”Since the Geauga Campus was about a half mile from where I lived at the time, it was a no-brainer to attend at this location, and it was an added plus that the program I wanted to enter could begin and end, all at the Geauga Campus. The affordability of a regional campus was also another important factor. I could receive the same education as I would at the Kent Campus for a lesser tuition cost.”

From his new perspective, Murfello can now see that the nursing program at Kent State Geauga prepared him well for an evolving career in nursing. He points to the challenging instructors and coursework as strong assets. “Lecturer Kerry Myers MSN, RN, OCN, stood out to me the most. She was a great professor in class and was an awesome clinical instructor!”

Murfello also says that his course in Critical Care has informed his clinical practice more than any other class. “It was a tough class, but it gave us nursing students the ability to use all of the skills we had been learning in our previous classes.”

Now Murfello applies the skills and abilities he has developed on one floor of the hospital for the benefit of patients on the next floor. It’s all about adaptability in an ever-evolving career in nursing. 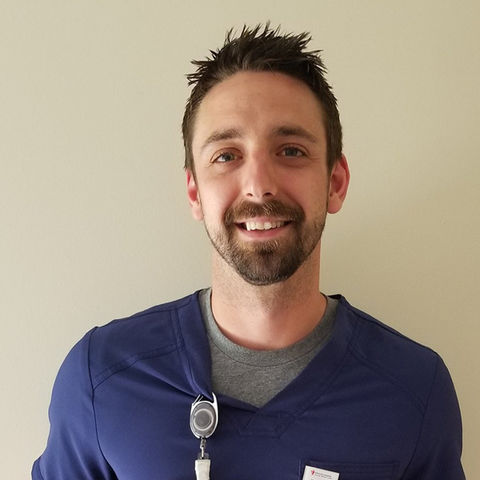