Within a span of five years, he graduated from his small hometown school in Orwell, went off to college at Ohio University, transferred to Kent State Geauga for his Middle Childhood Education degree, and now has come full circle to Grand Valley Middle School — not as a student this time, but as a teacher and coach.

“I grew up in this community, and it has given me so much. I’m excited to be in a position to give back,” Pilarczyk says. “I love it here. I just made a big loop, and now I’m right back where I started; just in a totally different position. I still call my former teachers Mr. and Mrs., but they are my cohorts now. They want me to call them by their first names. I have a hard time getting used to that.”

Otherwise, Pilarczyk has had no trouble taking on his new role as a faculty member at the school where he spent years as a young student. He is not only a teacher of 5th and 7th Grade Language Arts, but he also coaches track, football and girls’ basketball at the high school. “I have a hard time saying no!” he says.

Pilarczyk initially thought he would pursue a career as a nutritionist, but it dawned on him during his first year at Ohio University that, “I couldn’t contradict myself by telling other people to eat and live in a way I wasn’t always willing to do myself on a consistent basis. So, I came back home and went to Kent State Geauga to figure it out.”

He landed in the Middle Childhood Education program because he knew, “I wanted a career where I would be directly impacting others, helping them, and showing them I care. I love working with kids — especially this age group — because they are going through so much transition at this stage of life, but they’re also really enthusiastic about learning. Besides, I’m the first male teacher these kids have ever seen. I try to be a good male role model for them.”

Two professors in particular at Kent State Geauga helped Pilarczyk re-envision himself as an effective teacher. “You can’t mention one without the other because they work as a team: Middle Childhood Education Program Coordinator Dr. Robin Dever and Adjunct Professor Tim Bowens. They always went above and beyond for the sake of the student. I wouldn’t be here without them. They helped me study, they set up field experiences for me, and overall, helped prepare me for this career. I model their philosophy in the classroom now, which is basically to apply learning to real-world scenarios, so students understand the reasons behind the concepts they’re being taught.”

In fact, Pilarczyk takes his real-world life lessons beyond the classroom by encouraging students to get involved in fundraising charities to help fund the school system and other notable causes. In February, he and some students raised money and awareness with a Polar Bear Plunge at Roaming Shores to raise money for The Jeff Medock Memorial Scholarship, Jefferson Area Schools Falcon Academic Boosters, “Breakfast with Santa” for local children, and Grand Valley Schools student programs in memory of student Emily Plickert.

Pilarczyk is beyond pleased to have found his niche in the very place where he grew up and went to school as a kid. “I love being here,” he says. “I realized I didn’t want to be a number in a big high school setting. I prefer this small-school hometown setting.”

That small, caring setting is also available to college students currently working their way through the Middle Childhood Education program at Kent State Geauga. Pilarczyk advises them, “Never be afraid to ask for help. Kent State Geauga is all about the professor-student relationship. You never have to go through it alone. There’s always someone there to help you.” 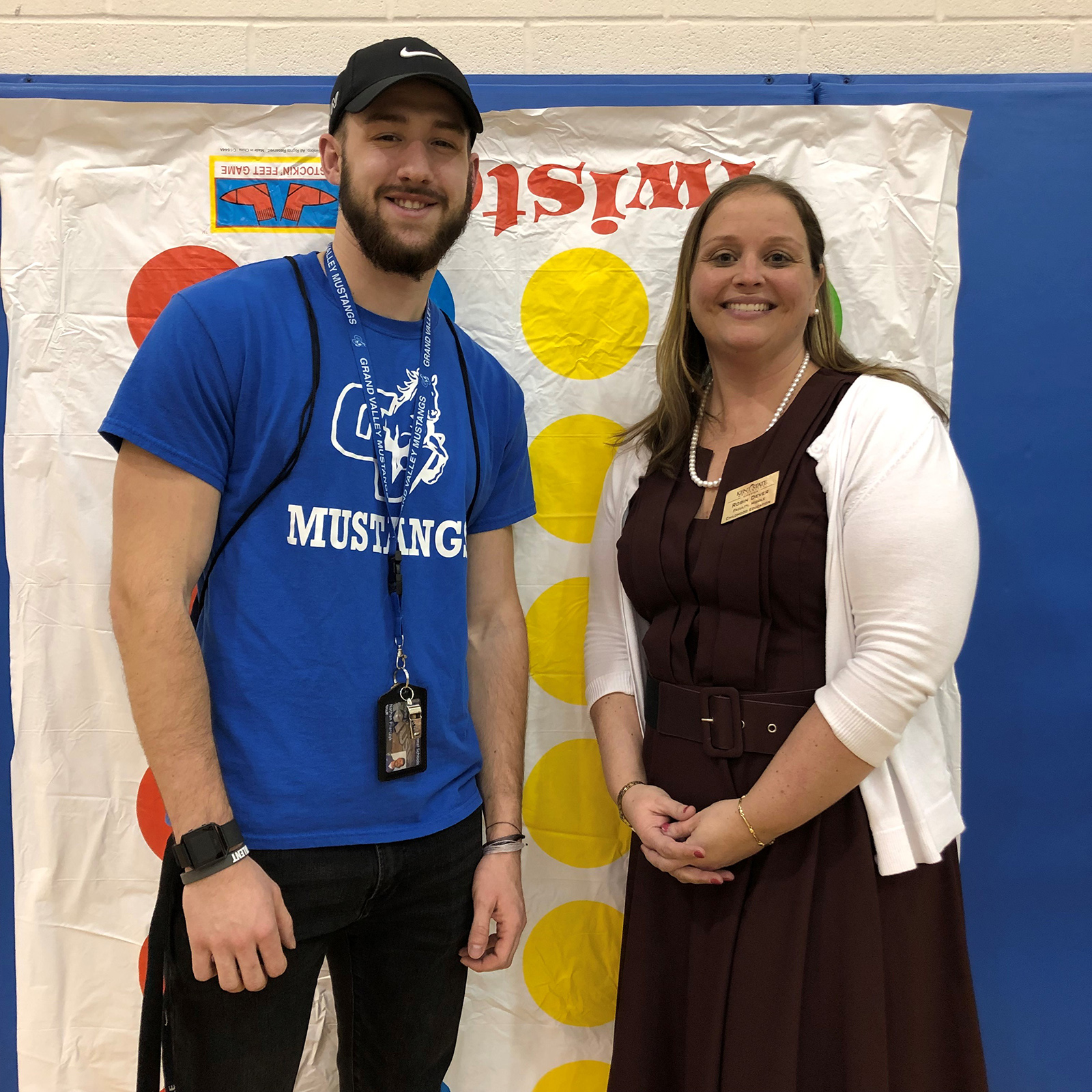