Ronda McCaskey and Caitlyn Horvath are best friends who went through the nursing program together and graduated one year apart with Bachelor of Science in Nursing (BSN) degrees from Kent State University’s Geauga Campus. Now they are both intensive care nurses. But they also happen to be mother and daughter.

For mom Ronda, nursing was a life calling that got deferred by early marriage and raising a family; for daughter Caitlyn, nursing was an unexpected discovery made along the way.

“For me, I had never considered being a nurse until I was donating plasma down at Ohio University,” Caitlyn recalls. “I loved the environment and decided to move back home and applied for the nursing program at the Geauga Campus.”

As Ronda tells it, ”When my daughter Caitlyn started school and was studying to be a nurse, I would help her study. She talked me into going back to school to become a nurse. Shortly after that, I gave notice at my job and started school. Kent State Geauga had the BSN program, and I would be able to do most of my classes right there. Plus,  the classes were a nice size, which allowed for extra attention when needed.”

Mother and daughter took a few classes together, including statistics and nutrition. Caitlyn shares, “We had a study group who would come over to the house, and my mom would help all of us. She definitely got the better grades.”

Ronda admits, "At first, people would be surprised to find out we were mother and daughter, but then people just got used to it. My other daughter was also taking classes for PSEO (Post Secondary Enrollment Options) , so I had classes with her too.”

Attending college together drew mother and daughter closer in new ways. “I think going to nursing school together strengthened our bond, and my mom became my best friend,” Caitlyn says.

”We helped each other then, and we lean on each other now. My mom was born to be a nurse, and I always knew she was the most selfless, caring, and compassionate person. I guess I didn’t discover something I otherwise wouldn’t have, but it was very special to watch my mom grow into the amazing nurse she is.”

Ronda said the experience helped her to “realize how smart my little girl was. She always seemed laid back and crazy. As we studied together, I saw that her brain was so fast-thinking and could see the whole picture. That it was amazing to see. She is brilliant. “

Along the way, they discovered that they have different learning styles, yet they gravitated to similar focuses in the field of nursing. “My mom could pay attention and retain in a classroom, whereas I do better reading and learning more hands-on,” Caitlyn says. “I ended up in the adult nursing world in the Surgical Intensive Care Unit (SICU)  at Hillcrest Hospital, and she is with the babies in the Neonatal Intensive Care Unit (NICU) at Rainbow. The SICU is the perfect fit for me as I raise my family. For now, it is where I want to stay. Maybe down the road, I’ll consider going for my Nurse Practitioner degree, but not for sure yet.”

Ronda is a bedside nurse in the NICU at Rainbow Babies and Children. “I went there straight from graduation, and I don’t have any plans but to continue as a NICU nurse,“ she says.

Both Ronda and Caitlyn are grateful for the environment at Kent State Geauga, which nurtured their academic and career pathways. They graduated in 2012 and 2011, respectively. Looking back, Caitlyn appreciates the School of Nursing’s hands-on lab simulating a hospital setting. This served as a nice tool for learning and studying. Ronda benefitted from the several opportunities for clinical, where instructors helped but also allowed for hands-on learning.

In particular, Ronda points to Anatomy and Physiology Professor Dr. Thomas Cole who challenged her to dig deeper and reach further in her studies. “He made it so interesting that I wanted to learn more and more. He was willing to take extra time and stay after class to teach us even more. His class was hard, but if you were willing to work hard, you were well rewarded.”

Such is the life of a nurse. It is hard — yet rewarding — work. Mother and daughter would have it no other way. 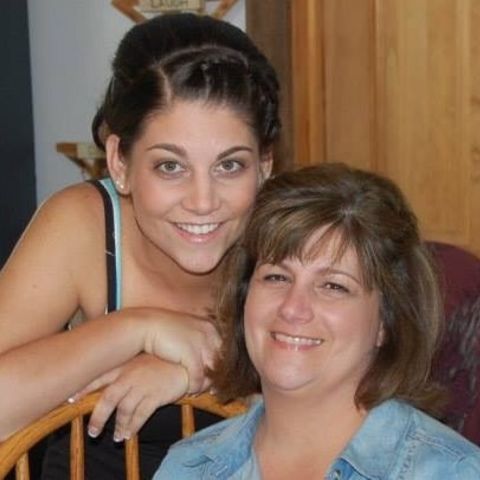 Caring at the Core of COVID Response
Last spring, a COVID-19 outbreak overwhelmed a local nursing home in Geauga County, with cases among patients and healthcare staff jumping from seven...
Emergency Relief Fund Helps Students Stay on Course Despite COVID-19 Disruptions
The COVID-19 pandemic has disrupted everyday life for everyone. For some, it’s minor. For others, it’s catastrophic. At the Kent State University at...
It's Midterm Time!
This week, Alexis Harris is back to talk about study tips and test prep for midterms! It’s midterm time! Let’s talk about study tips and test prep....