This year, President Joe Biden has proclaimed October 11 as a day to honor “our diverse history and the Indigenous peoples who contribute to shaping this Nation.” Biden also issued a Columbus Day proclamation acknowledging the contributions of Italian Americans as well as “the painful history of wrongs and atrocities” that resulted from European exploration.

This is a step in the right direction, says Kimberlee Medicine Horn Jackson. “The wheels of justice turn slowly but they do turn.” 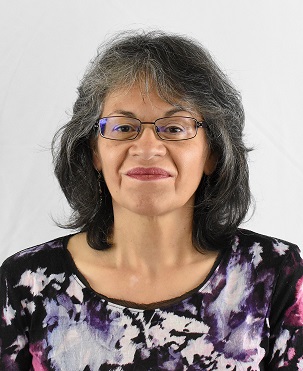 While her comment refers to a national reckoning with this truth in general, Jackson is referring specifically to the Native American Boarding School Era of American history, which many people have never learned about. Recently, Jackson was selected to join a national research team tasked with uncovering the hidden histories of the hundreds of such manual labor schools that were managed by the federal Bureau of Indian Affairs from the 1800s through to 1980. These schools forcibly removed Native American children from their ancestral lands, birth families and tribal cultures in order to make them assimilate into white society.

An Adjunct Faculty Lecturer with the Kent State University Geauga Department of English, Jackson is also a Yankton Sioux Native American who was taken from her birth mother and her birthplace, a reservation in South Dakota. Under false pretenses, she was then adopted and raised by a white couple in northeast Ohio. Unable to relocate or reunify with her birth family until almost 40 years after her forced removal, Jackson’s research led her to introduce her students to the horrific truths endemic to the Native American Boarding School Era of American history.

Jackson says that the research is uncovering valuable information, buried stories and genocidal realities similar to recent discoveries made in Canada of mass graves of native children on the grounds of Indigenous People’s boarding schools. The goal of Canada’s Indian residential school system shared that of its U.S. Indian boarding school counterpart: “Kill the Indian; save the man.”

Yet thousands of children’s lives were damaged, destroyed or lost in the process. Jackson’s mother was one of those boarding school students. Her institutionalization set the stage for her to lose Jackson and her sister to coerced adoption schemes.

Despite her family’s painful experience, Jackson is not bitter. However, she is driven to seek, learn and share the truth so that healing may come to all affected by the Native American Boarding School Era.

“We must plumb the depths rather than skim the surface for information,” she says.”If we satisfy ourselves with what floats to the surface, that’s not the full truth; it’s just enough to perpetuate misunderstandings and assumptions that you already know all there is to know. That would be a failure to take responsibility, shed light on the truth, and break the cycle of intergenerational trauma so healing can be realized.”

Below is a Q & A with Kimberlee Jackson that helps to sort out this pursuit of truth, understanding and healing (edited due to space constraints):

Q) How does this research post resonate with you personally and professionally?

A)  Specifically, I have relatives, including my mom, who went through the boarding school system, and I have researched at Carlisle Indian Industrial School in the early 2000s. I have been building a body of work, teaching the Boarding School Era in my English Composition II class, encouraging students to go out and research according to their field of study whenever possible.

All of my study – whether it has been writing for the MFA degree or the MA in Intercultural Study with NAIITS (an Indigenous Learning Community) and now as a first-year doctoral studies student – has revolved around the assimilation and genocidal practices from the government, religious and educational systems, and the Indigenous response to them. Whether I write creatively, speak to churches, teach Indigenous Research and Writing, study for a doctorate degree or work as a researcher, my purpose is to make a better life for Indigenous people in the way I can. I am deeply dedicated to this end.

Q)  What has your research project entailed so far? What information are you bringing to light?

A)  The NABS website – boardingschoolhealing.org – has an excellent pool of knowledge including their dedication to the pillars of truth, justice, and healing. I strongly encourage any instructors or students to gather educational materials from this source. The website is also an excellent starting place for families affected by the boarding school era in terms of intergenerational trauma and creating spaces for healing.

NABS is developing a centralized database of U.S. Indian boarding schools, their histories, and archived material, including dates of operation, type of school, who operated the school, and other material enough to write a narrative to provide an accurate history to share. It is not unusual to encounter people now who have no prior knowledge of the boarding schools – or worse – diminish the existence of them or dismiss any harm done, simply because it was not them who caused deep and grievous harm.

Our team has been contributing to this work since July, developing and cataloguing material to build a digital map by late 2021 and a digital archive by fall 2022.

Q)  How can this new information serve as a healing agent for boarding school survivors and their family members?

A)  Universally, people need acknowledgment and to know their voice matters. Opening up forums for our Indigenous people to tell the truth of what happened to them is essential to begin the healing process. Often, when listeners can put a name and a face together with a personal narrative, it somehow becomes more real to them.

But our stories must be heard in a way that is respectful of our people who endured extreme trauma because, in the retelling of our stories, a re-traumatization can occur. When people learn of the Boarding School Era for the first time and it settles in, they can go through a grieving process and some people experience shame and guilt. There is anger and denial. People do not want to accept what has happened.

For our Indigenous people who have survived the boarding school, we know now there is intergenerational trauma as a result of the cruelties they suffered. They were raised in abusive institutional settings with no escaping the physical, mental, emotional, and spiritual attacks against them when they were children.

Intergenerational trauma becomes embedded in the brain and in the genetic make-up, and undisrupted becomes passed down through the generations and normalized, which makes it difficult to see. Healing is an ongoing, life-long process. When trauma occurs, people need to know they are not alone. It is our responsibility as a nation to help each other. The benefits of healing impact us all.

Accountability can be a way to usher in healing. If people want to become active in this process, they can go on the NABS website to read more about how to support a bill establishing a Truth and Healing Commission on Indian Boarding School Policies in the U.S.

Q)  How does this involvement relate to your work as an English instructor who teaches local college students about the U.S. history of Native American Boarding Schools?

A)  One of the outcomes in teaching composition and rhetoric, which includes how to do research, is to teach how to search for the depth and width of hidden layers and this is where the Boarding School Era is relevant. Next in that process is knowing the why of writing and researching a topic of interest.

Establishing an openness that one does not know everything about a topic helps to usher in a respect that there is so much more to learn. Students learn how they use curiosity, flexibility, persistence and responsibility in their writing. These are habits of the mind that I use today in researching the boarding schools. I want to show them these tools are relevant and applicable, no matter what they do in the span of their work during and after college.

The Boarding School Era is still a hidden layer of history, especially for non-Indigenous people. It is a complex example today because students are likely to equate boarding school as a place for wealthy students to attend and not through the devastating lens of the experiences Indigenous people have had to survive.

Q)  How does this research affect your understanding of your own family’s experience in relation to this history?

A)  I see the effects of intergenerational trauma clearly. When my mom went to boarding school until age 16 and suffered abuses in the institution by people who claimed Christian beliefs, the totality of the physical, mental, emotional, and spiritual abuse had consequences in her confidence in her parenting. Therefore, when the adoption off the reservation under false pretenses happened to me, it was not until much later in my adult life that I could trace the roots of that process and see it as another method of Indian removal.

There are other consequences of these methods of removal that still affect my family and other Indigenous families all over the United States. Those of us who share the boarding school history, and who have been removed as children from their first families, have a responsibility to use our voices and platforms toward this healing process.

Q)  How can students and community members in northeast Ohio best extend understanding and support to those who have suffered as a result of this destructive U.S. policy?

A) That’s a tough question. Once people initially hear about the boarding schools, they might have a basic understanding of what happened but may not see the fullness of the impact, even on them. This is a shared history between us. I think that would be the first hurdle to overcome.

We live in a society where people are likely to say because it did not happen directly to them and they were not involved, they need do nothing or worse, it does not matter. That is the danger of complacency. Complacency undermines our capacity to behave like humans and to help carry one another’s burdens. Any opportunity for growth in our humanness helps us become better, stronger people. It is an opportunity to build resilience together. It gives our future generations a hopeful outlook and allows them to continue the work of the generations before them. It connects us together to a common goal.

The past cannot be undone but we can begin to have more clarity about it. This earnest desire for clarity has to be approached mentally (intellectually), physically (go to places where history happened), emotionally (denial undermines the time and effort it takes to process the devastation of attempted genocide), and spiritually, where we encounter ourselves and question what is right and wrong and where is the presence of good and evil?

My plea is that people engage in the persistent action of caring for others who went through the Boarding School Era so they will know what to do, so they will instruct their children, so they will support bills where actions can take place… so they can know.