The Regional Academic Center in Twinsburg is a satellite of Kent State Geauga Campus in Burton. Since its inception in 1991 at the Chrysler plant, the advisory board has played a vital role in enriching the surrounding community with course offerings in business, accounting, computer science and other programs ranging from associate to bachelor degrees, as well as executive and workforce development programs. It has been housed in a dedicated new facility for the past five years. Its mission has been fulfilled with the assistance of an advisory board that previously served both the Geauga Campus in Burton as well as the Regional Academic Center in Twinsburg.

Hoffman has been there “since the beginning,” when he was assistant superintendent of Twinsburg Schools, and the Regional Academic Center operated from the Chrysler building.  Hoffman was formerly a teacher and administrator, has served on the JEDD board and has been a longtime volunteer for village family events.

As the leader of the Kent State Regional Academic Center advisory board, he says, “We work as ambassadors for Kent State and what an asset it is to our community. Surprisingly, several people are still not aware that we exist! It’s such a valuable asset to our community.”

Noting that new members represent a diverse set of active community members from public school administrators to an attorney and a youth group director, all supplement the original group invaluable ways that will enhance the Regional Academic Center name recognition and impact.

“The dean is anxious to expand our territory a bit — to attract people from Reminderville, Macedonia, Solon, Aurora, Hudson and other surrounding areas who go to other campuses like Akron University or Cleveland State University. We want more representation from those areas; we’re just a 15-minute drive from any of those communities. We offer conveniences like no parking fees, campus safety, and so many resources like businesses, donors, and a financial base for students who need scholarship support. We want to make sure people are aware of all we have to offer.”

Hoffman says that advisory board members are “constant advocates, wherever we may be, in informal as well as formal ways. Just wearing my Kent State shirt or hat serves as a conversation starter. People want to tell their stories in connection to Kent State, and they also want to know more about what’s happening with the university.”

Emphasizing scholarship opportunities, Hoffman stressed that through the Joint Economic Council with Reminderville, “we are constantly letting people know that our reach goes well beyond Twinsburg. We offer a quarter of a million dollars in scholarship funds for Reminderville and Streetsboro residents.”

Hoffman has lived in Reminderville for 40 years. “I have spent my life in education. I absolutely love this community: its library, its public schools, and Kent State. Twinsburg would not be the same without these three things. This is the greatest place to live, whether you’re talking about Twinsburg, Reminderville, or Reminderville Township.”

New Regional Academic Center advisory board members are as follows: 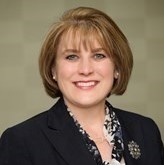 She received both her Bachelor of Science in Education (1984) and her Master’s in Education with a Major in Administration (1993) from Cleveland State University.

Powers serves on the Executive Committee of the Alliance for High Quality Education. She is a member of the Board of Directors for both the Ohio Schools Council (OSC) and the Greater Cleveland School Superintendents’ Association (GCSSA), where she is currently the Chairman of the OSC and the President of the GCSSA. Powers and her husband are residents of Twinsburg.

“The reason I am so honored to be a member of the Regional Academic Center's advisory board is the opportunity to network with others for the purpose of enhancing opportunities for our students, for Kent State University students, and for our community members,“ Powers says.

Recognizing that students and adults have many choices when selecting a post-secondary college or university, Powers says, considering that “the Regional Academic Center's proximity to our school district, along with Kent State University's excellent reputation for providing world-class educational opportunities, many students and adults are attracted to the Regional Academic Center.

Regarding his new appointment to the advisory board, Dr. Clark says, “I’m excited and honored that they asked me to fulfill this role, using my experience to suggest what direction we can go from here.”

Going forward, he says, “I’m interested in learning about the Regional Academic Center and how they match up with our students at Nordonia since the campus is only a 15-minute drive away. I'm going into this role with my eyes wide open and to see how we might be able to help each other.”

Referring to himself as “a Kent State guy,” Dr. Clark received all three of his degrees (bachelor’s, master’s and Ph.D.) from Kent State Kent Campus. He was also nominated for the Kent State Health & Human Services Hall of Fame.

"Kent State faculty care about their students,” he says. “It’s all about student-centered, hands-on learning. They make a positive impact on the community as a service-based institution.” 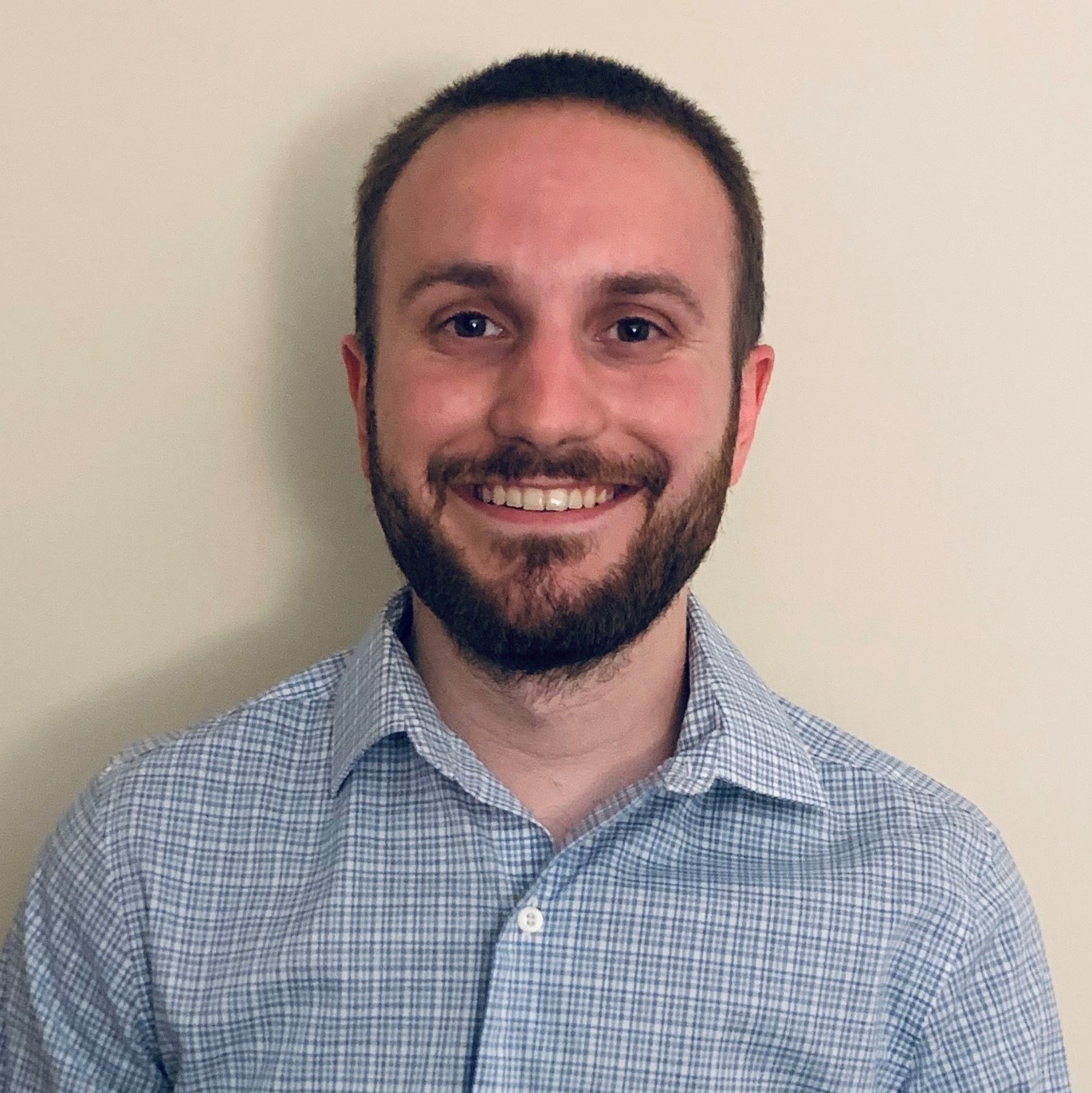 Giovanni Schieda, Solution Consultant at MRI Software
As Schieda considers his new appointment to the Regional Academic Center advisory board, he says, “My goals for the role are to take a look at the student life on campus and see if there are things that can help benefit those attending.”

Schieda is a 2016 Kent State University graduate with a bachelor's degree in Digital Sciences. This is a relatively new degree that brings together Business, Computer Science, and Design.

“With my background in Information Technology as well as the amount of time since being enrolled at Kent State is not too far off, I believe that my own personal experiences can be beneficial with decisions on the board. Having personally attended both high school and the start of my time in college, I saw the benefit that attending has provided and want to be able to help improve where I can.” 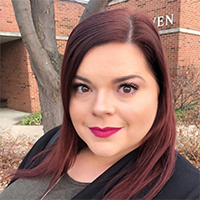 Keri Knowles, Youth Minister at Saints Cosmas and Damian Parish
Minister Knowles is a graduate of Kent State Kent Campus, having earned her bachelor’s degree in education. She has leveraged that background in her ministry to over 100 teens who attend youth activities at the Catholic church in Twinsburg.

“Education is hugely important to me,” Knowles says. “It can also be quite costly for students, depending on where they choose to attend college. I want to help them see they can get a quality education at a more affordable price. They can start with dual-credit courses they can take in high school to get the ball rolling and get their foot in the door. Then they can attend a regional campus like the Regional Academic Center.”

Knowles says that she enjoys guiding teens through their transitional years from childhood to adulthood when they are seeking to find their place, where they should be going, how to handle peer pressure and social media boundaries, how to make values-based choices, and how to prepare for college, trade school or a job.

She is encouraged by students’ enthusiasm for service, whether it be on a mission trip to Puerto Rico, serving in area homeless shelters or caring for younger students. “They want to be connected to something larger than themselves, and they usually earn much more than their required service hours for graduation.”

While Knowles is new to the Regional Academic Center Advisory Board, she already knows that she wants to see the Rising Scholars mentorship program grow, with her help. “I know the importance of higher education, trade skills, work skills, and diverse populations. I’m good with people, and I am understanding of youth, so I hope to raise awareness about the RAC in our community.”

Having been raised in Oakwood, Knowles and her husband have lived in Twinsburg for six years. They have a daughter in first grade. 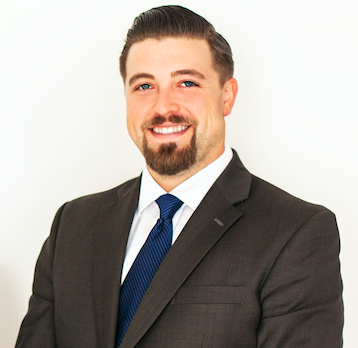 Mark J. Dvorak, Private Attorney, Abdallah & Dvorak, LLC
Dvorak is a relative newcomer to Regional Academic Center. However, he has had friends, and family members who have attended Kent State, and his father served on the Kent State Geauga advisory board. He was an Akron University student government liaison and served on student council.

“I hadn’t been involved in university happenings before but began to appreciate the working parts of the university that orchestrate developments on campus. I was intrigued to be asked onto the advisory board and excited to bring these experiences as well as helping the university and community and large.”

Having moved to Twinsburg this year, Dvorak grew up in Newbury, the youngest of four. His sister started college at Kent State Geauga Campus in Burton. As a result, he says, “I’m conscious of student debt and the efficiencies one can get by going to a regional campus.”

“Practicing law, you get to see the points of view from all sides,” Dvorak says. “I bring a perspective of understanding the tough times individuals and businesses are experiencing. I can help guide the university to its highest point possible.”

“This makes me more of an optimist because we see so much bad happening around the world and all around us, but it doesn’t have to make us sad,” Dvorak stresses. “It can be a call to action. What we do really does make a difference... anyway I can help serve the university, its students and faculty, as well as the community at large.”