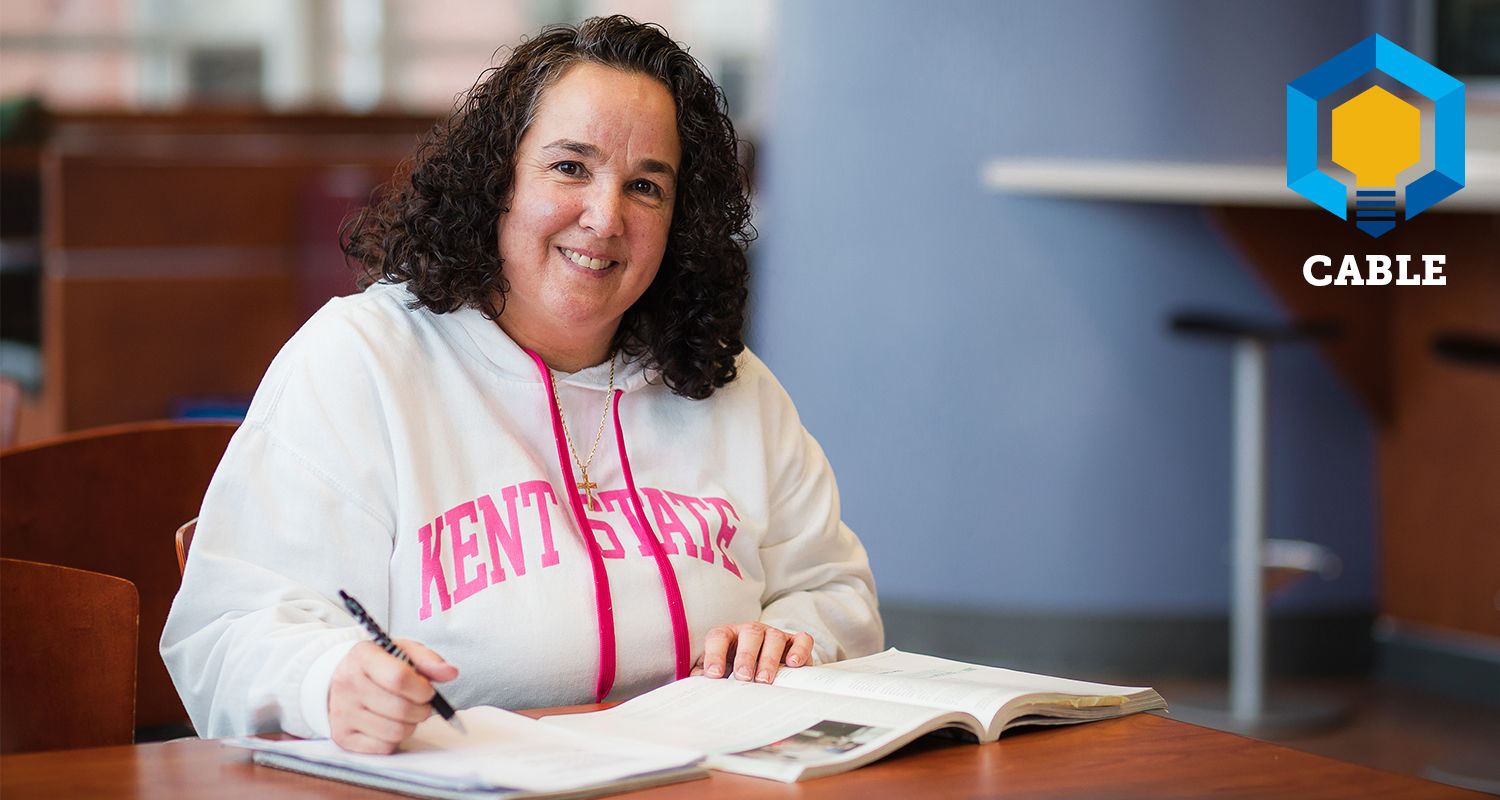 But math? Not so much.

Before coming to Kent State University at Stark, Stratton hadn’t picked up a math book since 1981, when she graduated from Perry High School.

“When I found out I had to take algebra to earn my bachelor’s degree, I was very apprehensive,” says Stratton. “I’ve never been a math person.”

A Student Services staff member told her about PLUS Math, a free, not-for-credit developmental math course offered on campus through Canton City Schools’ Adult Basic and Literacy Education (ABLE) program. After the seven-week program, Stratton had learned enough basics to pass college-level Algebra I with a B+.

“I would have had to take that class multiple times if I hadn’t had PLUS Math,” says Stratton. “Our PLUS Math instructor taught us tricks to solve algebra problems and showed us how to break them down step by step.”

Her PLUS Math textbook is still at her side today, giving her the support and confidence to pass Algebra II this semester, and then two more math classes to earn her bachelor’s degree. After that, it’s on to law school.

PLUS Math has made all the difference, says Stratton, as it has for dozens of other Kent State Stark students benefiting from ABLE.

Since 2011, Canton City Schools’ ABLE has been offering the developmental math class, PLUS Math, at Kent State Stark.

“Students who take PLUS Math are typically already enrolled at Kent State Stark, although it’s open to anyone in the community,” says Lisa Hart, director of academic services. “Some students are referred to the program because of their placement test scores. Others elect to take it, maybe because they haven’t been in school for years or feel anxious about college-level math.”

While Kent State Stark also offers developmental classes to prepare students for credit-bearing coursework, tuition-free ABLE classes are typically for students with the lowest placement scores who need the most support.

As of spring 2015, Canton City Schools’ ABLE is offering even more tuition-free classes at Kent State Stark. Under a test program called “CABLE” (combining “college” and “ABLE”), Kent State Stark students with placement scores below certain levels also will be able to enroll in ABLE reading and writing classes.

They can take CABLE courses as many times as needed, even while taking other Kent State Stark for-credit courses. As students progress, they can move on to credit-bearing courses or other Stark Campus developmental classes, if needed.

“Not many places in the state have an ABLE/campus partnership like this,” says Jane Meyer, coordinator of ABLE for Stark County. “ABLE and Kent State Stark are thinking outside the box and testing a new way for students to become successful in college.”

Why now? Meyer cites years of watching students register at open enrollment colleges and spending too much time and money — including financial aid, which has lifetime limits — on developmental classes.

“Some of them would become so frustrated at not achieving that they’d drop out of college entirely,” says Meyer. “Some would run out of financial aid before earning a degree. CABLE will help students reserve their financial aid and put them in classrooms where they can establish confidence, instead of discouragement.”

“CABLE placement and assessment are time- and labor-intensive for students, staff and faculty, but everyone on campus has been so willing to make it work,” says Hart. “We anticipate about 20 students will be in CABLE classes each semester and we want to do the best we can for them.”

Taking CABLE classes at Kent State Stark also helps students get used to the college environment, adds Meyer. While on campus, students become familiar with how to register for courses, where to park and where to find Student Services, for example.

“They see other students like them and realize, Hey, I can do this!” says Meyer.

According to Hart, 66 percent of former PLUS Math students are currently in good academic standing at Kent State Stark.

“Kent State Stark is dedicated to helping people have successful lives. CABLE illustrates that,” says Hart. “We are being creative and developing alternative ways to prepare students for college coursework. I think CABLE will be a win for students, a win for our campus and a win for our community.” 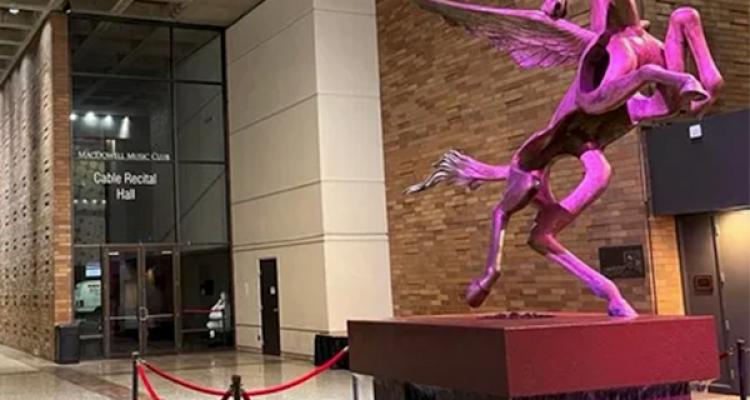 Kent State University at Stark has announced its Dean’s List and President’s List for the spring 2022 semester.  The following students have been...
Kent State Stark Announces the 2021-22 Distinguished Teaching Award and Award of Distinction Recipients
Alexis Baker, Ph.D., knows that making a real difference begins in the classroom. That’s why it is one of her top goals to ensure students are...
Mailing Address
6000 Frank Avenue NW
North Canton, OH 44720