Posted 08/02/2022:  Tickets will be available Aug. 15 for Erin Brockovich, the brash legal clerk turned environmental powerhouse, who has been rescheduled to speak at Kent State University at Stark as part of the campus’ Featured Speakers Series.

While it’s been over 20 years since Julia Roberts starred in the Oscar-winning film, “Erin Brockovich”, it turned an unknown legal researcher into a 20th century icon by showcasing how her dogged persistence was the impelling force behind the largest medical settlement lawsuit in history. Today, Erin Brockovich is president of Brockovich Research & Consulting, and she is currently involved in numerous environmental projects worldwide. She has requests for her help in groundwater contamination complaints in every state within the country, Australia and other international hot spots. A best-selling author, Brockovich’s latest release, “Superman’s Not Coming: Our National Water Crisis and What We the People Can Do About It”, drew wide media attention before its publication.

ABOUT THE FEATURED SPEAKERS SERIES

The community is invited to attend Kent State University at Stark’s Featured Speakers Series with an impressive selection of personalities. For 30 years, this popular Kent State Stark series has attracted thousands of campus and community members who take advantage of a rare opportunity to be introduced to national and international experts on a wide range of topics and issues that shape our society.

All lectures are held in the Conference Center at Kent State Stark. Doors open at 6:45 p.m. 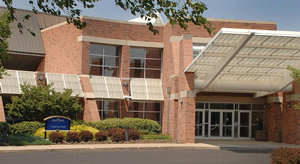