Kent State University at Stark’s Guitar Weekend is a festival celebrating all styles of guitar playing.

This free event is open to guitar enthusiasts at any level. Join us for live performances by two exciting guitarists. 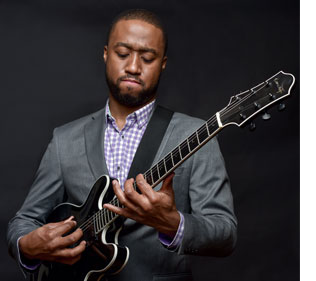 Growing up in Akron, Ohio, Dan Wilson spent the majority of his youth within the church community, where his musical path began.

Traces of his major guitar influences – including Wes Montgomery, Charlie Christian, Joe Pass, and George Benson to name a few – can be discerned through his playing, but his musical identity has been shaped by everything from gospel and blues to traditional jazz, hip-hop and horn players like Sonny Rollins and Joe Henderson.

After graduating from Hiram College, Wilson made his recording debut with pianist Joe McBride and performed to worldwide acclaim with Joey DeFrancesco and Christian McBride’s Tip City, eventually recording his debut as a leader To Whom It May Concern. 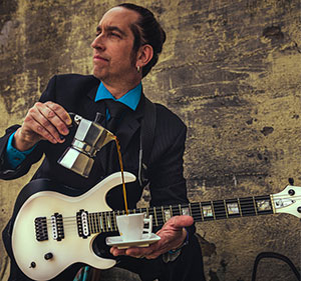 Not only has guitarist Neil Zaza helped to define the genre of melodic instrumental guitar, he has become a worldwide ambassador for the instrument itself. His melodic compositions have changed the way musicians play, and what audiences worldwide demand out of their guitar heroes.

With fiery technical brilliance and breathtaking musical interpretation, Neil Zaza has defined himself as the instrumental guitarist with an unparalleled ability to combine solid, catchy songwriting with a keen melodic sense and technical fury.

From his virtuoso rock solos, to laying a funk groove, to demonstrating his classical prowess by performing Bach and Mozart compositions, Zaza’s extreme versatility has been showcased worldwide in concerts, clinics, festivals, as well as on his own solo instrumental albums. Zaza has shared the bill with Joe Satriani, Steve Vai, Dweezil Zappa, Steve & Mike Porcaro (Toto), Yngwie Malmsteen, Vinnie Moore, and Andy Summers among countless others. He has performed on albums by Dweezil Zappa, Eric Carmen, Michael Stanley and also supplied guitar tracks for a Stewart Copeland-produced movie soundtrack.