Environmental Studies students have recently had internships at these locations:

DARING TO DREAM: A METAMORPHOSIS 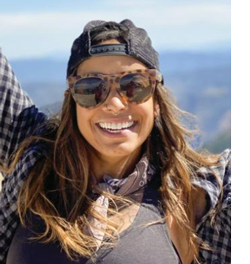 The sun was setting over a little Stow neighborhood in 1995. Eight-year-old Jennifer Daring knew it meant she would have to go inside soon. That was her mother’s rule: be home by dusk.

But Daring was always pushing it. Just a little later. Just a little more time. Just a few more minutes outside to catch the lightning bugs dotting her grandma’s front yard at dusk. Just a second more to collect caterpillars and watch them become something new.

For Daring, outside felt like home. And some things never change.

At 34, Daring is still always outside – hiking, biking, rock climbing, kayaking. And, in May, she will earn her Bachelor of Arts in Environmental Studies with minors in biological science and geography from Kent State University at Stark, which will put her right where she wants to be.

But, getting here took some time. Like the caterpillars she found as a curious little girl, Daring would go through a metamorphosis, too.

WORTH THE CLIMB: NEVER TOO LATE TO ACHIEVE DREAMS 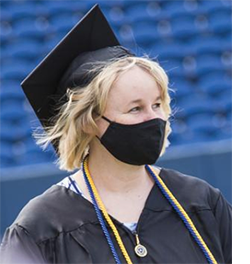 It’s a Saturday morning in 1981. Sunbeams slowly trickle into a small family tent, covered in sparkling morning dew. The sounds of a campfire crackle in the ears of a then 7-year-old Amanda Cox. Yawning and wiping the sleep from her eyes, she unzips the tent, filling her lungs with the crisp, fresh air of a new day – the Rocky Mountain view just as glorious as the day before.

This was a normal weekend for Cox and her family – camping in the mountains not far from where they lived in Colorado Springs.

And it was something that would carve a path in her heart like the winding Colorado River.