Kent State University’s Director of Public Safety and Police Chief Dean Tondiglia was honored with the university’s 2019 Diversity Trailblazer Award for his years of promoting inclusion and diversity within public safety.

Chief Tondiglia was nominated for the award by Mark Polatajko, senior vice president for finance and administration, who praised the chief for promoting diversity and inclusion “by word and deed.”

Chief Tondiglia was an early advocate for the adoption of the Sexual Assault Response Team and the development of the Sexual and Relationship Violence Support Services office.

Chief Tondiglia said he was humbled and flattered by the award.

“My approach has always been to make sure that everybody feels they are welcome at Kent State and that they have a voice and someone they can talk to and turn to in times of need,” he said.

The police chief said his entire department shares in the award.

“I’ve got a fantastic staff,” he said. “They go out and engage with the public. They don’t even need much direction from me. They know it is one of the department priorities, and they embrace it.”

Chief Tondiglia said his staffers have created a great environment across campus by their willingness to engage and be involved in all areas of the community.

“I am very appreciative,” he said. “There are so many people here who make it possible for my charge to be realized.”

The award was presented Jan. 23 as part of the university’s annual Martin Luther King Jr. Celebration, along with two other university diversity awards.

New this year was the university’s Student Diversity Award, which was awarded to Yayra Tamakloe, a senior fashion design major who is originally from Ghana. 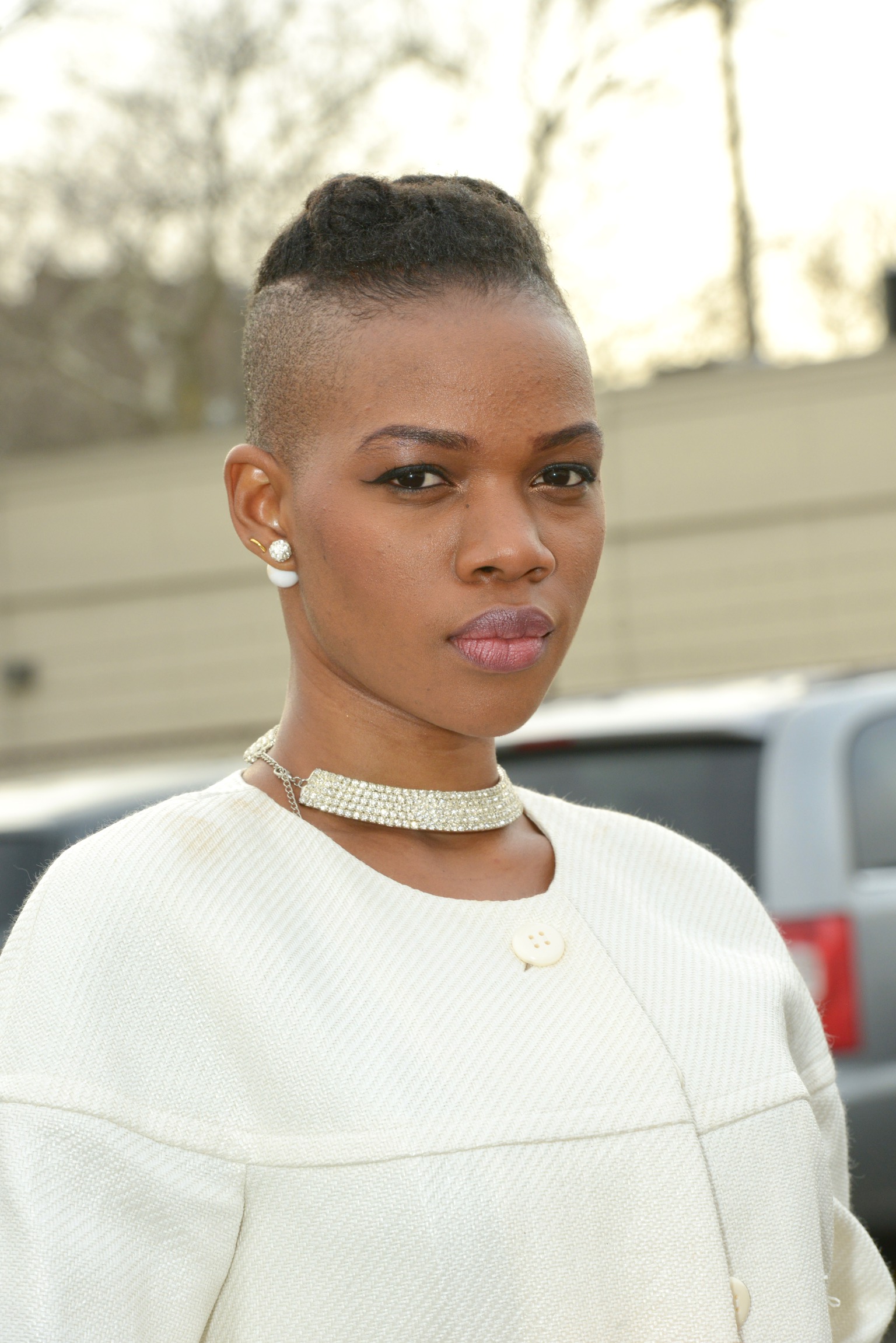 “I am very honored,” Ms. Tamakloe said in an interview prior to the award ceremony. She was not at the award presentation due to being in New York for graduate school interviews.

Ms. Tamakloe settled in the state of Washington when she came to the United States in 2010. She is the second of three children.

“I’ve been an artist my whole life, pretty much,” she said.

Tameka N. Ellington, Ph.D., associate dean of Kent State’s College of the Arts and a fashion professor, nominated Ms. Tamakloe for the award, citing her dedication and commitment as a student and her involvement in student government.

Ms. Tamakloe previously served as president of the Kent African Student Association and currently serves the senator representing the College of the Arts on Undergraduate Student Government.

After earning an associate’s degree in nursing at a community college in her home state, Ms. Tamakloe said she felt she would not be satisfied if she did not pursue some type of career in the arts. She selected Kent State for its highly ranked fashion program. Currently, she is applying to graduate schools where, after May graduation, she hopes to earn a master’s degree in theatre and performing arts.
Ms. Tamakloe, who is 25 years old, has been active in Kent State’s theatre community.

“Yayra’s love for the arts knows no boundaries as she continuously sharpens her acting and directing skills,” Dr. Ellington said in her nomination. “As a result of her experiences and involvement with notable productions on campus and the African Community Theatre, she directed a play entitled R.A.P.E. The play, selected as one of the productions spotlighted by the School of Theatre and Dance during the Fall 2018 Semester, provided a dynamic representation of how sexual assault does not discriminate – it affects everyone.”

Ms. Tamakloe said she began writing about sexual abuse because she felt the issue was much more complex than it is portrayed.

“The relationships people have with community and society and culture effect these things,” she said.

This year’s Unity Award for Diversity was presented to two organizations.

The award recognizes any Kent State unit that demonstrates significant contributions in the areas of diversity, equity or inclusion,

The Department of Pan-African Studies was given the award in recognition of its standing as the first full academic department in Northeast Ohio established to teach and conduct research on critical issues facing Native American peoples, Latino/Latina Americans and peoples of African descent.

Black United Students (BUS), founded in 1968, shared the award for having served as a vehicle to fulfill a sense of belonging among African-American students.

As Kent State’s oldest student organization, BUS is credited with the implementation of the Department of Pan-African Studies and the Institute for African American Affairs, among other major program and initiatives.

“Over the years, Black United Students has remained true to its founding goals of unity, advancement and education while continuously evolving,” said Dana Lawless-Andric, associate vice president for Diversity, Equity and Inclusion, who nominated the organization for the Unity Award for Diversity.

This year, it was announced that the Student Diversity Award and the Unity Award for Diversity would now be named after two Kent State leaders.

For more information about the Diversity Trailblazer Award, visit www.kent.edu/diversity/diversity-trailblazer-award.