Kent State University’s African Community Theatre will premiere its production of For Colored Girls Who Have Considered Suicide When the Rainbow is Enuf, a choreopoem by Ntozake Shange 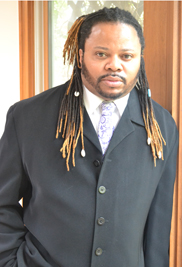 This groundbreaking choreopoem – a modern-day classic – was first produced in New York City in 1975 with Henry Street Settlement and Joseph Papp Public Theatre and then made its Broadway debut in 1976.  For Colored Girls was later adapted for screenplay by Tyler Perry in 2010. It is a spellbinding collection of vivid prose and free verse narratives about and performed by black women. Twenty poems capturing the brutal, tender and dramatic lives of contemporary black women, For Colored Girls offers a transformative, riveting evening of provocative dance, music and poetry.

Play dates and show times are:

Spivey joined Kent State for the 2013-2014 academic year as its director-in-residence. Since 2003, he has been the artistic director of the Karamu House, a historic performing arts center in Cleveland.  His work seeks to “educate, inspire and entertain diverse audiences in thought-provoking ways,” he says. Spivey’s full biography is available at www.kent.edu/cas/pas/communityandarts/director.cfm.