The class began with the normal jockeying of students – some trying to find a seat, others attempting last-minute reviews with classmates before they had to present group projects, still others racing in at the last minute.

Kent State University Professor Elaine Frantz, Ph.D., called her History of Crime class to order and wasted no time getting her students started on their oral presentations, calling groups of three or four to the front of the class to talk about a particular crime they had researched.

In this history class, however, some of the students were more intimately familiar with the types of crimes they were discussing.

Dr. Frantz’s class was part of the national Inside-Out Prison Exchange Program, and this Kent State classroom was located inside the visiting room area of the maximum-security Trumbull Correctional Institution just outside of Warren, Ohio, about 30 miles east of the Kent Campus.

Each week during Fall Semester 2018, Dr. Frantz and 17 students from the Kent Campus made the trip to the prison, where 20 inmates were waiting to join them as students in the class. It was the first time Kent State participated in the Inside-Out program, which originated at Temple University in Philadelphia in 1997.

The program’s intent is to open up dialogue and education across profound social differences, by pairing traditional college students with incarcerated students. The program’s motto is “to generate social change through transformative education.”

Dr. Frantz worked with James Blank, Ph.D., dean of the College of Arts and Sciences, and others to bring the program to Kent State. The program is complicated to get started for many reasons, she explained, including having students who are not actually enrolled at the university. Dean Blank was supportive of the history department getting involved, and officials at the Trumbull prison were equally enthusiastic, she added.

She chose the History of Crime as the class topic because she wanted to pique students’ interest and draw them to the class, although she was not sure how the inmates would react to the topic.

“If I was in prison, I would maybe want to think of something other than criminal justice,” she said. “But I chose the topic because of the structure of the Inside-Out program, I wanted to have a topic that was going to draw students into the facility.”

Finding students to take the class was not a problem, inside or out.

Brandeshawn Harris, warden of Trumbull Correctional, said inmates perceive outside university programs as having greater value than the classes offered by prison staff and are always eager to sign up.

“When you guys come in and teach, it’s a lot more validation,” she said.

“We always have much more interest in college classes, or any programs for that matter, from the inside than we can accommodate,” Dr. Frantz said.

For this class, the inside students were hand-selected by prison officials; many of them had attended college before entering the corrections system and none posed a safety threat.

Warden Harris said the topic might seem ironic for prison inmates, but she believed it was a good choice.

“I think that when we look at the history of crime, we never touch on the insight that the people who actually committed the crime have; and the background that leads to the crime is something that we don’t like to discuss,” she said.

Despite early nervousness, Dr. Frantz said both sets of students were relaxed and comfortable working with each other.

“I think there was a lot of trepidation,” she said. “Even when I first went into a prison, I thought, ‘Will this be safe?’”

The discussion-based class, she said, is about knowledge.

“I am going in so that I have a better understanding of how the world works,” Dr. Frantz said. “We all are educating each other.”

Outside students were not to ask the inmates about their past crimes, although many volunteered details as part of their discussions, she said.

“Our job was to approach all students as fellow students,” she said. “We did end up knowing quite a bit about the kind of ways in which people had engaged in an illegal economy and hearing a lot about the texture of life outside of the law.”

Students, both inside and out, were equally pleased with the class.

A junior history major who goes by the name “Liz” in class to protect her identity said she signed up for the History of Crime because she hopes to become a human rights lawyer and work with the wrongly convicted.

“It is definitely a funny way of getting to know about crime,” Liz said, “But I think it’s a lot more honest than if we were sitting in a classroom, talking about it with our noses in our books like a group of intellectuals. It has been really awesome getting to know all of the inmate students because you have such a different idea of who the students are here.”

Liz said the barbed wire outside was imposing and a bit unnerving when she first arrived at the prison, but after the first session and getting to know the inside students, she felt very comfortable.

She was glad the outside students did not know what crimes had landed the inmates in prison because it could have interfered with all of their learning. “I’m sure they don’t want to be known for the one thing they are most ashamed of,” she said. 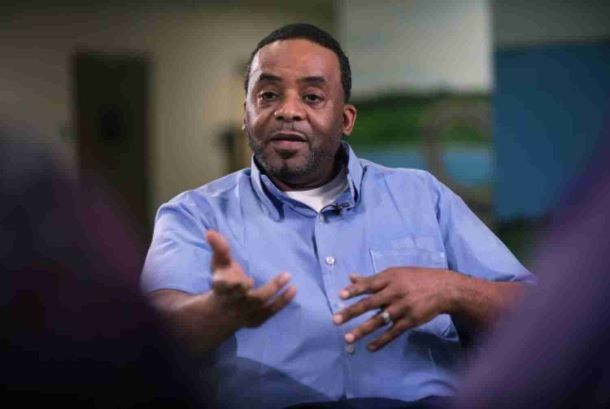 who is serving a 20-year term for aggravated robbery and involuntary manslaughter, said he related to many of the class discussions based on his own history.

Mr. Rice, who had attended college before he was incarcerated, said he has been trying to make the most of his time inside.

“Prison has a lot to offer if you take advantage of it,” Mr. Rice said. “A lot of guys don’t take the programs, so they miss out on education. You have got to do something with your time except sitting around these walls. Otherwise, you get involved in the things that got you in here. Life don’t change if you don’t change. Life won’t change for you if you don’t change because life will change without you.”

Dr. Frantz said that during her visits to the prison, inmates often approached her to ask how they could join the class or whether she would be offering the class again.

“There was a lot of demand, and I was really happy with how it went, really thrilled,” she said, noting how both groups of students were enthusiastic participants who put great effort into the class. 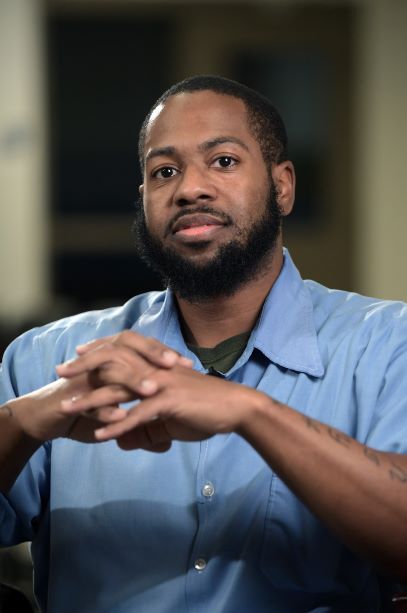 who is serving an eight-year sentence for felonious assault and aggravated robbery, said he believes the students from the outside come in with stereotypes in their mind about the inmates, but those “quickly went out the window” when the groups began working together.

Mr. McFarlane, too, said he was holding his own stereotypes about the college students, believing that most were from privileged families. He was surprised to learn how many were facing large debt to pay for their education.

“We have learned a lot more empathy and compassion toward each other,” he said. 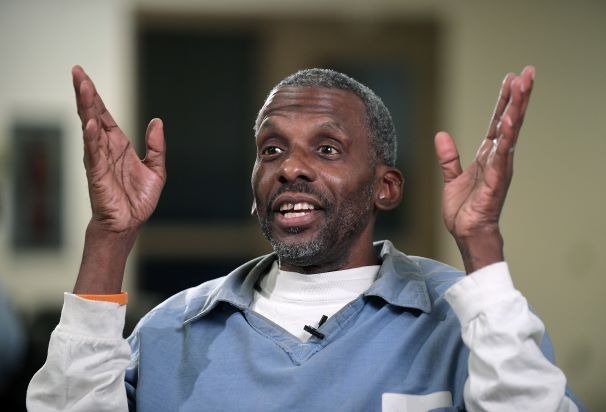 Inmate Jamal Bullock, 47, who was sentenced to 51 years for a series of convictions for robbery, burglary and kidnapping, said he has learned in the class that those who break the law and those who follow it are not too different.

“At the end of the day, we’re all people with problems and struggles,” he said.

Dr. Frantz has plans to teach another Inside-Out class in Spring Semester 2020, with the title the History of Policing.

To watch a video of the class, visit https://youtu.be/1GbzJiycArc.