Staff and Students Get To Experience Super Bowl Production Firsthand 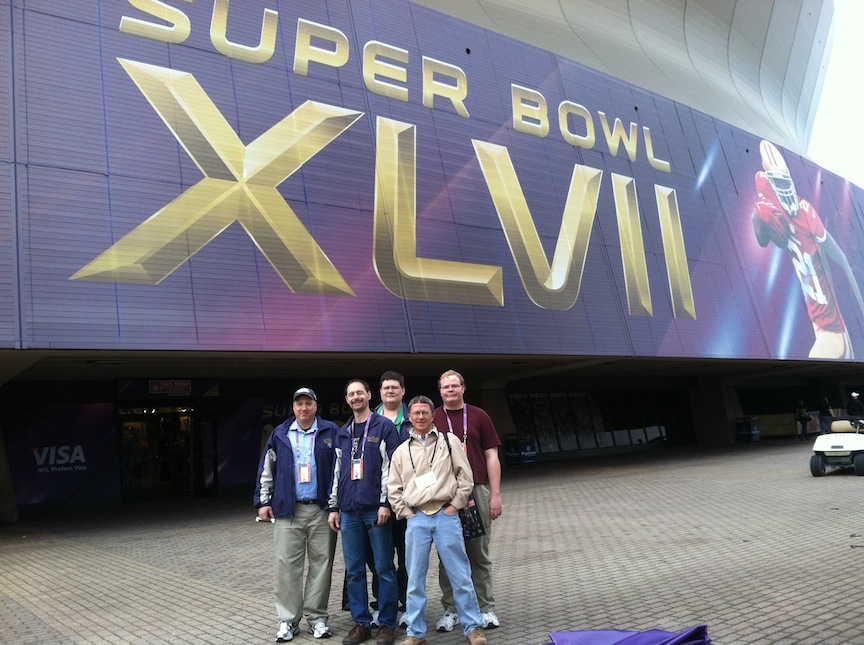 In 2013, Kent State TeleProductions partnered with PMTV, a global provider of broadcast and video production services, to offer its clients highly customized broadcast, corporate TV and entertainment needs. After a rigorous negotiation process to make sure its truck and production team met all of the technical and professional requirements, Kent State TeleProductions began working with PMTV and its clients to fulfill live broadcast needs.

“Being invited to work at the Super Bowl for a second year in a row is a significant achievement,” said Mark Bussey, director of technology and TeleProductions at Kent State. “It is a clear indication of TeleProductions’ success last year and the trust they have placed in us.”

This production provides experiential learning opportunities for the students attending. Most professionals in this industry do not get to attend the Super Bowl, but Kent State takes its students to experience production firsthand.

LeBeau will travel with the group to attend the Super Bowl for the second time. He will supervise audio and camera set-up, as well as equipment observation during the game.

“TeleProductions’ involvement with the Super Bowl is a testimony to its reputation, high level of professionalism and technical capability,” Bussey said. “I’m very proud of my team and the talented students who accompany them.”

Photo Caption: Kent State University TeleProductions sent a crew of five to Super Bowl XLVII in February 2013 to run the satellite/uplink truck for the BBC Sport TV broadcast. For a second time, it will send a crew to this year’s Super Bowl to support a live broadcast of the game.