Kent State University’s School of Theatre and Dance continues its 2012-2013 season with “Spring Awakening,” as part of the Roe Green Visiting Director Series. 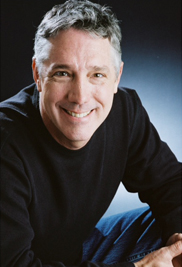 Kent State University’s School of Theatre and Dance continues its 2012-2013 season with “Spring Awakening,” as part of the Roe Green Visiting Director Series. Tony Award-winning actor Michael Rupert will direct the production. The show will run Feb. 15-24 at Kent State’s E. Turner Stump Theatre in the Music and Speech Building at 1325 Theatre Dr., on the Kent Campus. The Feb. 17 and 24 performances will be held at 2 p.m., and all other shows will be held at 8 p.m.

“Spring Awakening’s” book and lyrics are by Steven Sater, with music by Duncan Sheik. The musical is based on the play of the same name by Frank Wedekind.

Visiting director Michael Rupert is an actor, director and composer. Rupert has appeared on Broadway in such shows as Legally Blonde, Ragtime, Pippin, City of Angels and the 1986 revival of Sweet Charity, a performance for which he won a Tony Award and Drama Desk Award.

As a composer, Rupert wrote the off-Broadway musical 3 Guys Naked from the Waist Down and the Broadway musical Mail. His directing credits include Thrill Me with York Theater Company and Breaking the Code with Weathervane Playhouse.

Single tickets for “Spring Awakening” are free for full-time, undergraduate Kent State students, $8 for non-Kent State students with valid ID or students under 18, $14 for Kent State faculty, staff and Alumni Association members, $12 for seniors (60+), and $16 for adults.  Groups of 10 or more are $10 per person.

Tickets are available at the Performing Arts Box Office (PABO) located in the lobby of the Roe Green Center in the Music and Speech Building at 1325 Theatre Dr. on the Kent Campus. The box office hours are weekdays noon to 5 p.m., and one hour prior to each performance.

Tickets and more information are also available by calling 330-672-ARTS (2787) or by visiting http://theatre.kent.edu.