Kent State University at Stark announces the 22nd season of the popular Featured Speakers Series, highlighting four captivating and inspiring individuals. Each season, nearly 2,500 campus and community members take advantage of a rare opportunity to be introduced to national and international experts on a wide range of topics and issues that shape our society.

All lectures are free and open to the public, but tickets are required. Tickets will be available on a first-come, first-served basis, beginning at 8 a.m. each weekday, on the date listed for each speaker. No phone reservations will be taken. Tickets will be limited to four per person. The building will open at 6:45 p.m. prior to each event.

The Bully Project: Putting an End to the Most Common Form of Violence Among Children will be presented by Lee Hirsch on Monday, Oct. 8. 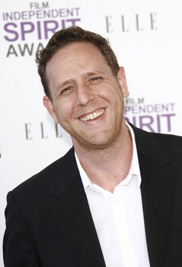 As a former victim of bullying, filmmaker Lee Hirsch felt compelled to produce a documentary from the perspective of the victims to raise awareness and eventually, eliminate the destructive behavior affecting so many of our nation’s youth. He spent a year in schools across the country, following five students and families, trying to understand how bullying is handled within the schools. The result was his powerful and gritty film, Bully, which debuted at the 2011 Tribeca Film Festival. Hirsch will present an engaging lecture that will reveal how bullying affects students, their families, the schools and society at large. Tickets for the Lee Hirsch event will be available beginning Monday, Sept. 17, at the Main Hall Information Desk. 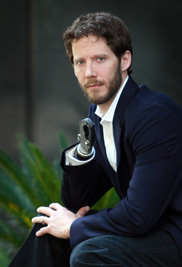 Aron Ralston will present 127 Hours: Between a Rock and a Hard Place on Tuesday, Nov. 13.

Aron Ralston was hiking alone in remote Utah canyons when an 800-pound boulder tumbled loose, pinning his right hand and wrist. Trapped for six days, warding off dehydration and hypothermia, his remarkable will to live led him to commit an extreme act of survival. Using a dull multitool, Ralston severed his forearm, rappelled a 65-foot cliff and hiked for five hours before being rescued. His life-altering story is documented in the best-selling book, Between a Rock and a Hard Place, and the movie, 127 Hours. Aided by prosthetic devices that he helped design, Ralston inspires perseverance as he continues his adventurous lifestyle. Tickets for the Aron Ralston event will be available beginning Monday,Oct. 22, at the Main Hall Information Desk. 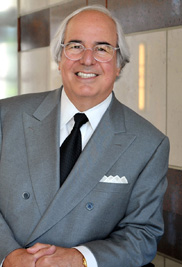 On Tuesday, March 5, Frank Abagnale will present Catch Me If You Can.

Frank Abagnale is one of the world’s most respected authorities on forgery, embezzlement and secure documents. His rare blend of knowledge and expertise began more than 40 years ago when he was known as one of the world’s most famous con men, depicted in his best-selling book, Catch Me If You Can, of which a film was also made, directed by Steven Spielberg with Leonardo DiCaprio and Tom Hanks. Between the ages of 16 and 21, he successfully posed as an airline pilot, an attorney, a college professor and a pediatrician, in addition to cashing $2.5 million in fraudulent checks in every state and 26 foreign countries. After serving time in prison, he was released on the condition that he would help the federal government by teaching and assisting federal law enforcement agencies. Abagnale has now been associated with the FBI for more than 30 years. Tickets for the Frank Abagnale event will be available beginning Monday, Feb. 11, at the Main Hall Information Desk. 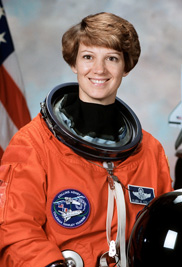 Join us for Col. Eileen Collins’ presentation of Leadership Lessons from Apollo to Discovery on Tuesday, April 23.

Astronaut and shuttle commander Col. Eileen Collins is a pioneer of aviation. After being the second woman to graduate from the Air Force Test Pilot School in 1990, she was selected for NASA’s astronaut program. On her inaugural shuttle mission in February 1995, she became the first woman to pilot a space shuttle. In July 1999, Collins achieved more milestones by becoming the first woman to command a shuttle mission and the first astronaut to pilot a 360-degree pitch maneuver. She commanded Space Shuttle Discovery’s historic “Return to Flight” mission in July 2005 before retiring. Collins made four shuttle missions in her NASA career, logging more than 872 hours in space. Tickets for the Col. Eileen Collins event will be available, beginning Monday, April 1, at the Main Hall Information Desk.

For additional information about the 2012-2013 Featured Speakers Series, visit www.stark.kent.edu/about/events/featuredspeakers or contact Cynthia Williams at 330-244-3262 or cdwillia@kent.edu.