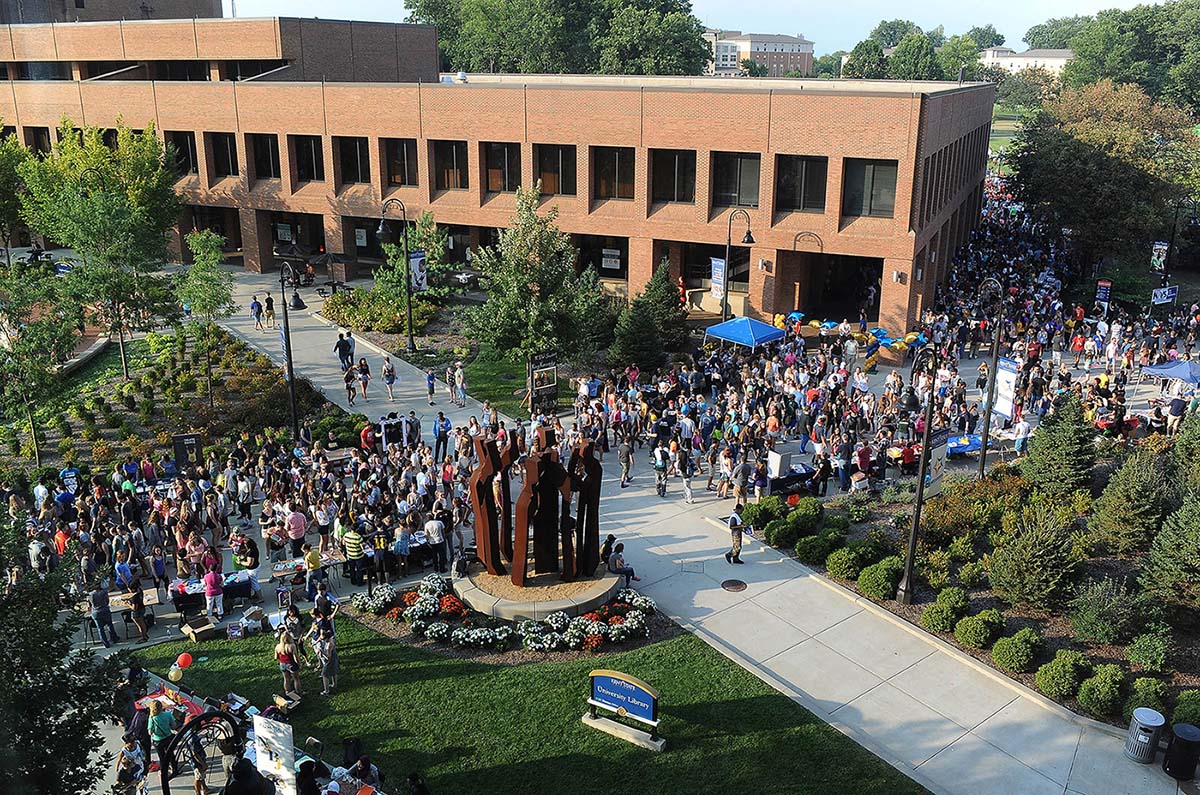 In releasing its official 15th day census data for the 2015 Fall Semester, Kent State’s Kent Campus reported 28,981 enrolled students, a new all-time high for the seventh consecutive year and an increase of 524 students from one year ago.

The Kent Campus is also welcoming a high-achieving freshman class of 4,295 students boasting an average GPA of 3.3 and average ACT scores topping 23; both are records for an incoming freshman class.   It is the second-largest freshman class in the university’s 105-year history with an increase of 50 students from the freshman class that entered in fall 2014.

“The Class of 2019 has hit the ground running while bringing with them proof of what it takes to be successful in college,” said Kent State President Beverly Warren. “Our record enrollment and consistent growth are a testimony that Kent State University is on the rise due in large part to the international recognition of our faculty and outstanding academic programs. We will continue to put students first with the knowledge that we are preparing the leaders and job creators of tomorrow.”

Record enrollment at the Kent Campus was fueled in part by the university’s international enrollment topping 3,000 students, a growth of an extraordinary 348 percent since 2008 when there were 854 international students.

“We have welcomed students from 111 countries who have chosen Kent State over other American universities,” said Todd Diacon, Kent State’s senior vice president for academic affairs and provost. “They know we offer the challenging curriculum they seek, and they can see the value of a Kent State degree worldwide.”

An increased effort with academic advisors has paid dividends as retention of last year’s freshman class remained strong at 81.2 percent on the Kent Campus and rose to 58.2 percent, up from 56.9 percent last year, at Kent State’s Regional Campuses. This represents the percentage of freshmen who continue their studies at the university for their sophomore year.

“Across the eight-campus system, we value diversity, and we plan to continue on a path of inclusive excellence where all members of our community feel welcomed and supported,” Garcia said. “Kent State is a university for everyone, and it’s why we’re seeing growth across the board in students and their families wanting to be part of it.”

For additional data and information about the fall 2015 enrollment numbers, visit www.kent.edu/ir/student-enrollment-data.

Photo Caption:
Kent State University students make their way through Risman Plaza on the Kent Campus during Blastoff, the university’s back-to-school celebration. This fall, the Kent Campus reported a new all-time high in total enrollment for the seventh consecutive year.