The Media’s Role in Political Campaigns

The Media’s Role in Political Campaigns 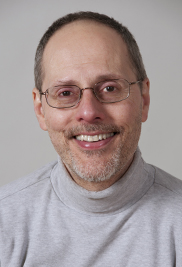 Kent State researchers look at the media’s influence on political decisions as election season nears Paul Haridakis, Ph.D., director of Kent State University’s School of Communication Studies, has been researching political campaigns since the 2008 presidential election. At that time, he began his research with colleague Gary Hanson, professor in the School of Journalism and Mass Communication.

“In 2008, we got involved because we were interested in the role that social media plays in political campaigns,” says Haridakis.

Haridakis and his colleagues don’t study the effectiveness of media campaigns – they study how people use media for political campaigns.

The researchers examine many forms of media, but the emphasis this campaign season continues to be the social Web.

New to the research team in 2012 is Mei-Chen Lin, Ph.D., associate professor and graduate coordinator for the School of Communication Studies. All three faculty members, along with several graduate students, are conducting research for the 2012 election concentrating mainly on emerging social media platforms, such as Twitter, and the relationship of political identity and perception of media bias.

The team applied its research to the Republican primaries. The researchers wanted to see which media people return to most often. The primary media are Internet and television, regardless of age group.

“First-time voters use television and the Internet,” says Haridakis. “Within all age groups, television is predominant.”

Advertising Assistant Professor Danielle Coombs, Ph.D., who also studies media coverage in elections, believes that television is still number one because “TV has a broad reach.”

“A lot of people who vote in America aren’t young people,” says Coombs.

Haridakis says that social networking websites are being used more for the 2012 campaign than they were in 2008, but they are still not as dominant as television, general Internet or newspapers.

He believes that people use social media platforms primarily for socializing, not for finding out information about political issues, although social media websites are still making an impact on political campaigns.

“Social media provides an interpersonal channel,” says Haridakis.  “We turn to each other more to make political decisions rather than the media.” This is where social media is likely to have the most impact.

“People trust their friends because they see those people as being more credible. So they trust information from these networks more,” says Coombs.

“People who get info from social media tend to be less cynical,” says Haridakis. “Some media use – social media use – may reduce cynicism. Our prediction is that it is how they get the information that they trust about the campaign.”