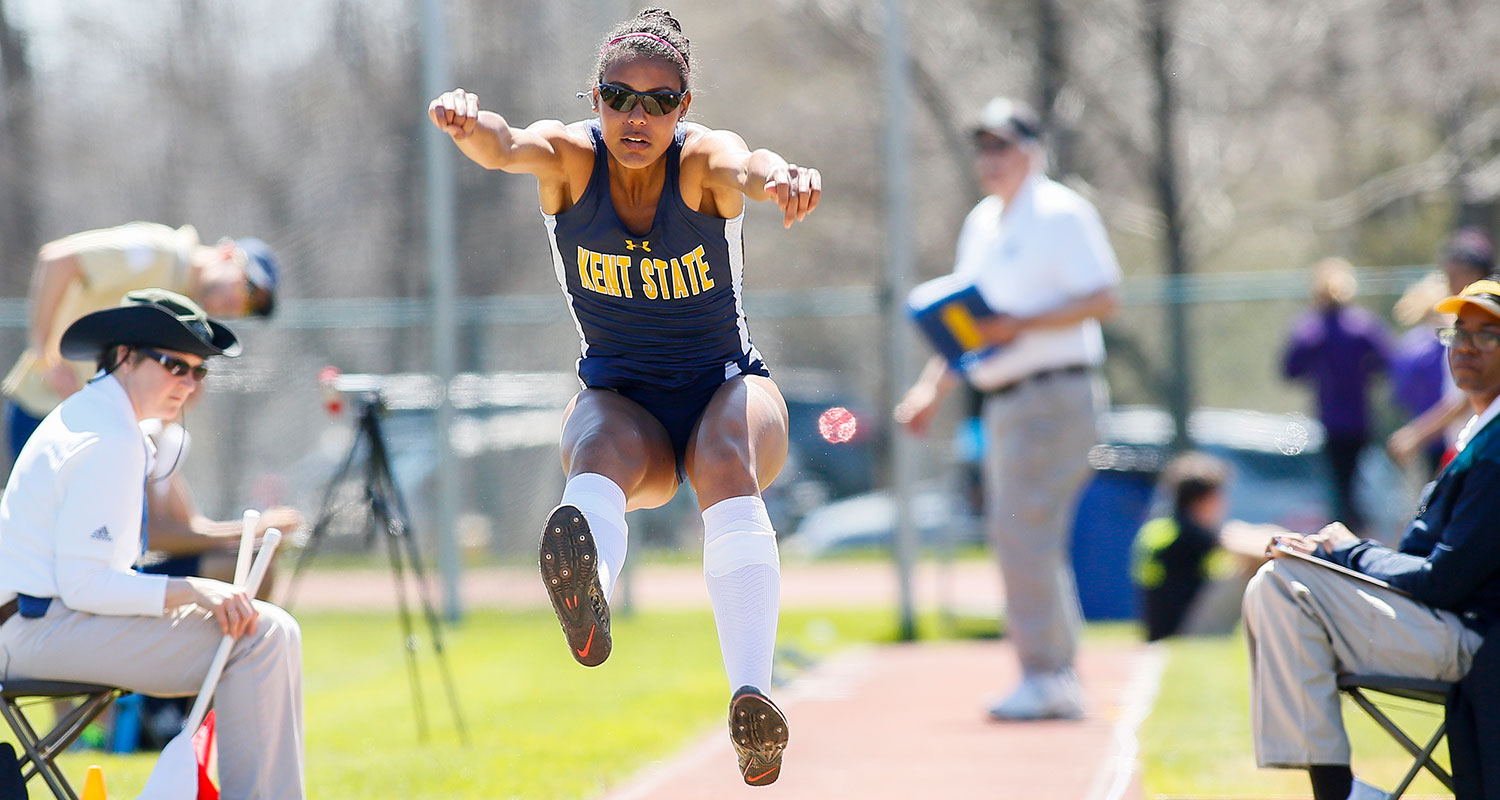 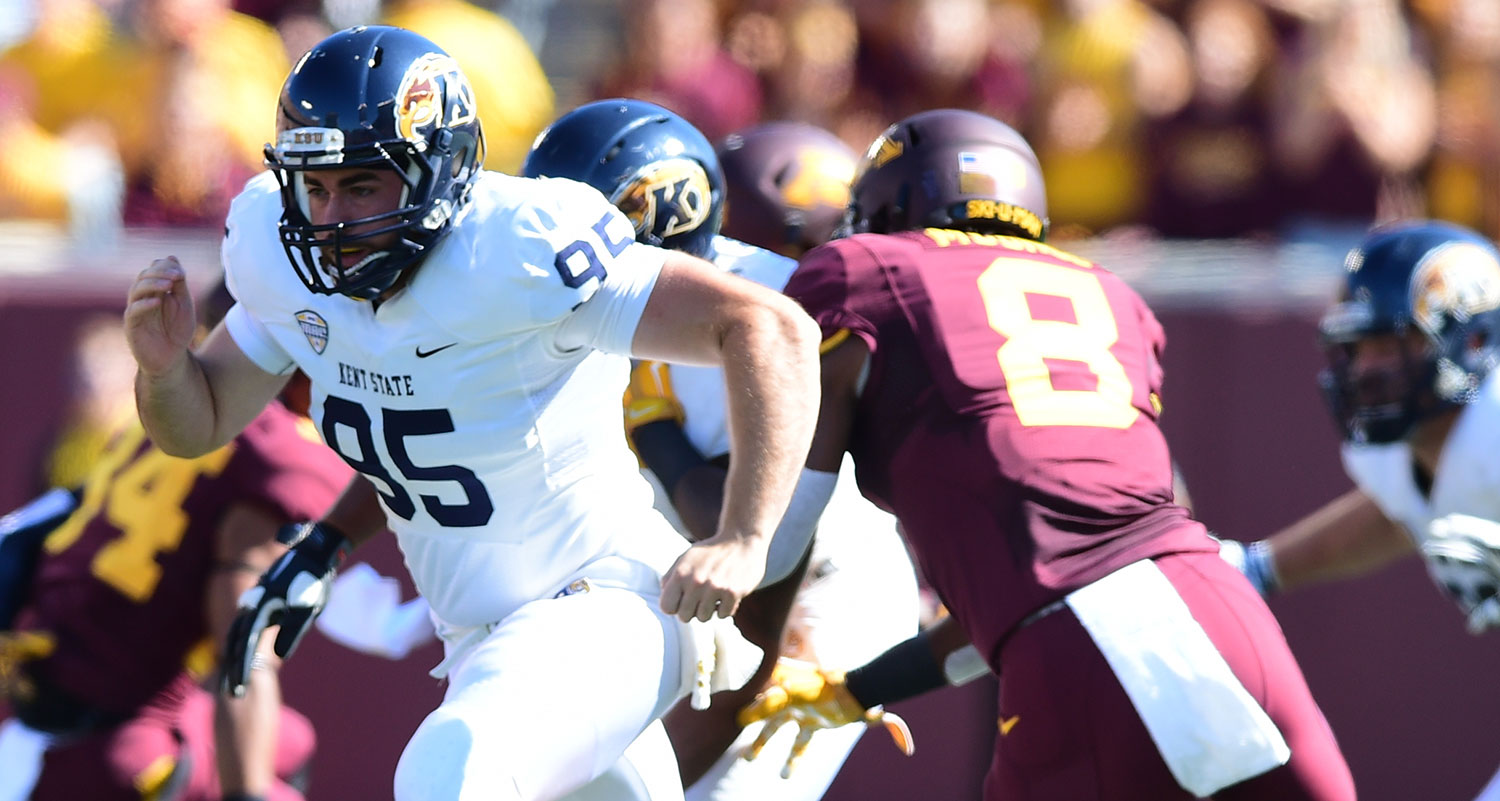 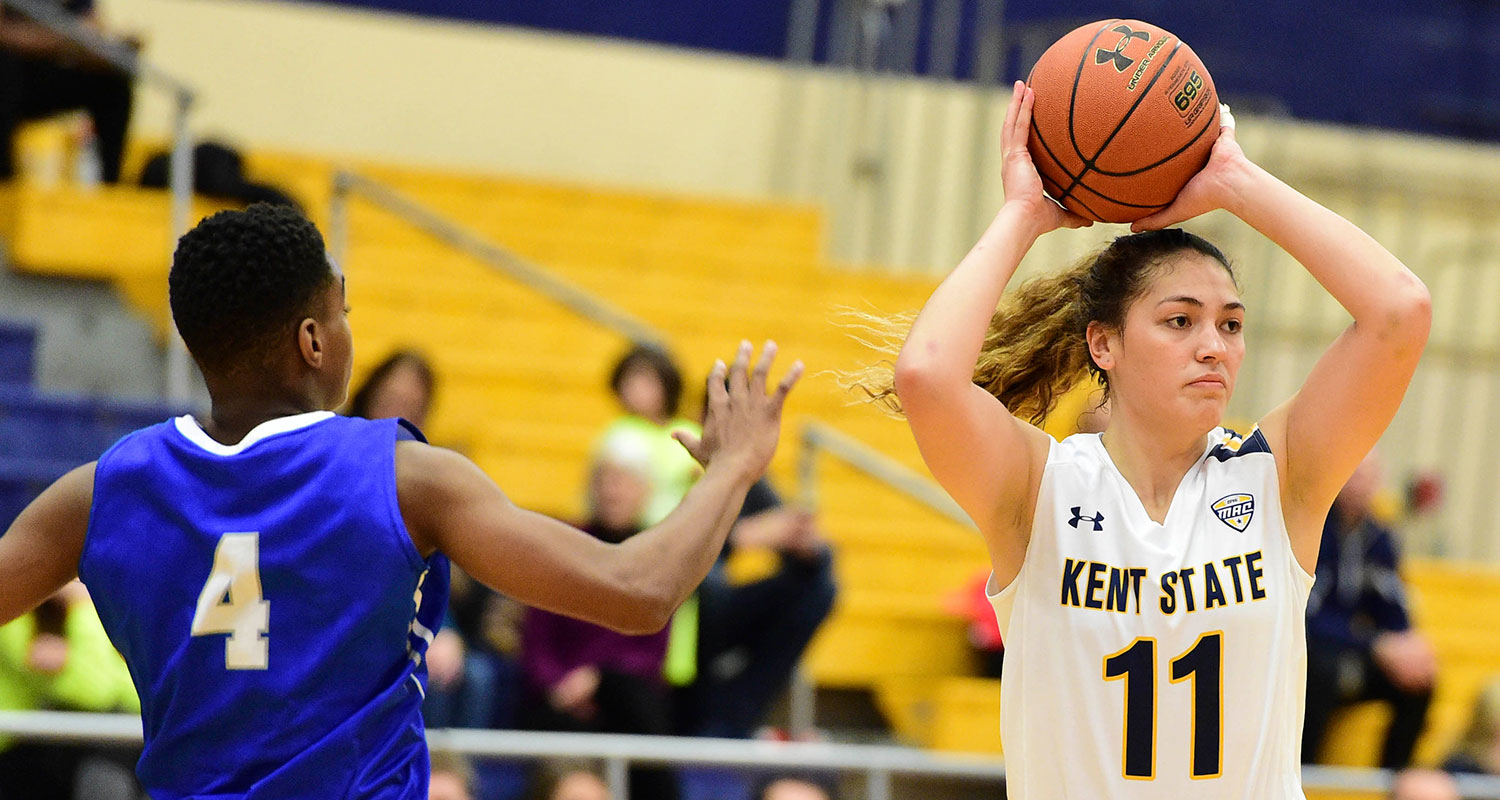 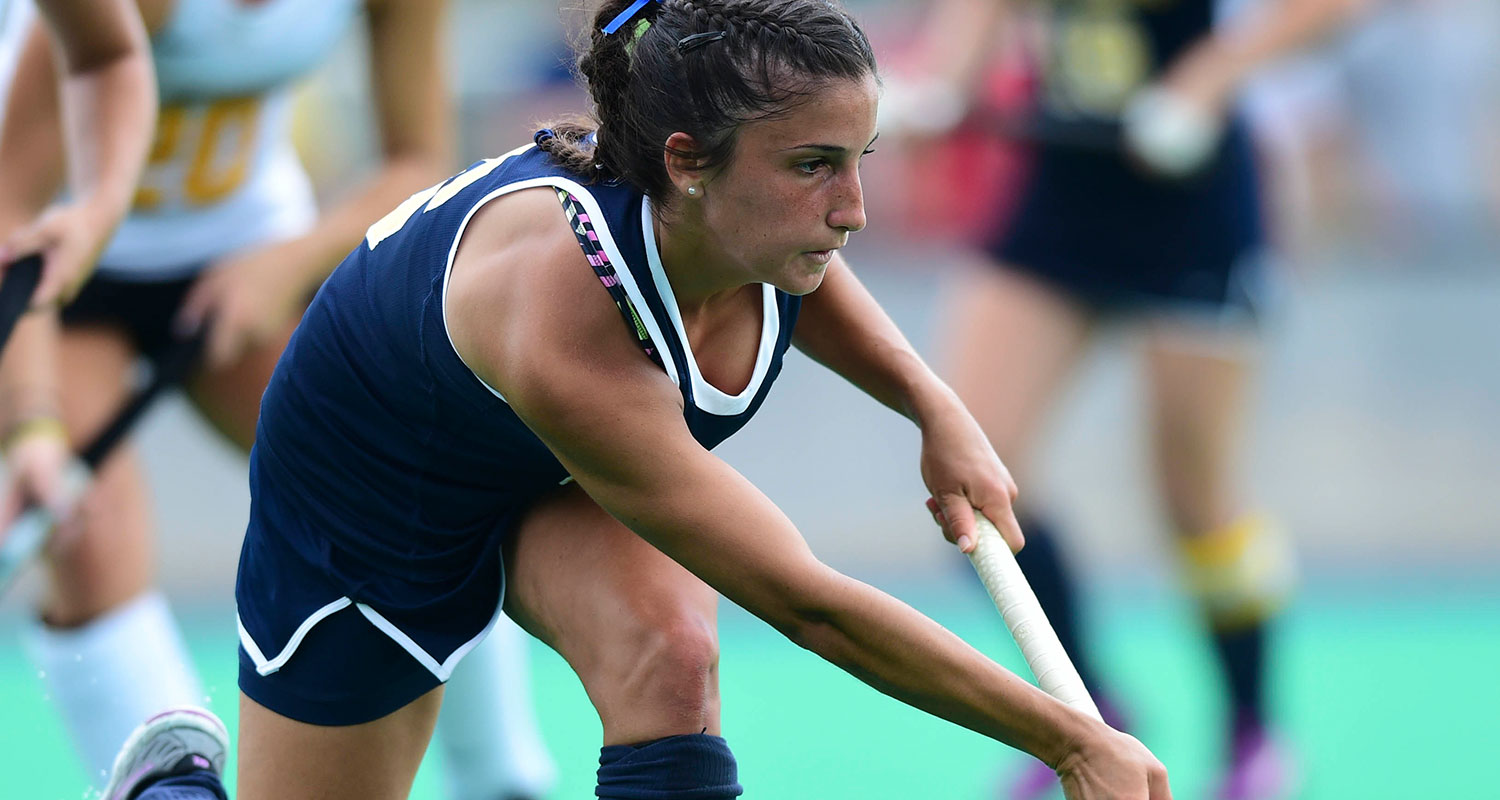 Athletics Attracts Students From Around the Globe

“Kent State University has allowed me to do just about everything I have wanted to do,” said Dior Delophont, senior fashion design major and standout women’s track and field competitor at Kent State.

Putting Emphasis on the “Student” in “Student-Athlete”

In fall 2014, Delophont, a six-time All-American and 12-time Mid-American Conference (MAC) champion from Nancy, France, had the opportunity to study fashion for a full semester in New York City. While in New York, she also interned for Phat Buddha, a company that specializes in designer yoga wear, and designed her own luxury collection and pieces for Madonna.

“They trusted me enough to allow me to go to New York City during conditioning season,” she said. “Kent State Athletics really took all the means to allow me to perform well in academics and athletics.”

The university paid for use of a gym facility so Delophont could stay in shape for track and field season while also pursuing her dreams in the city. When she returned to Kent State in the spring, the support continued when her teammates threw her a surprise welcome home party.

“I always feel like I’m coming back to a family,” she said. “I can definitely say I have a family here.”

Delophont explains Kent State is accommodating when athletes have demanding and time-consuming majors.

This past fall, she worked rigorously to design her senior collection, which was one of six Kent State student collections selected for the 2016 Mercedes-Benz Fashion Week in Beijing. Coaches were extremely supportive and flexible with her practice schedule to ensure Delophont had adequate studio time to complete the project.

Unlike the U.S., many countries throughout the world do not recognize sports as an integral part of higher education. Sports are often more individualized with a smaller emphasis on teamwork, Delophont said.

“You just want to give it your all for your team,” she said. “Winning together makes such a difference than just competing for yourself.”

International student-athletes not only feel strong support from the university and teammates while competing, but also when tackling their academics. College can be difficult for the average student; however, international student-athletes must also manage busy athletic schedules, as well as overcome cultural differences, such as language barriers.

Silvia Figa Malgosa, sophomore nutrition major and field hockey player at Kent State, could barely speak English when she first arrived at Kent State. Despite the obstacle, the Matadepera, Spain, native said she could rely on her teammates for help with anything she needed, while also reaching out to coaches and professors for additional guidance.

“Mentally and physically, I have gotten stronger,” Malgosa said. “I have been more responsible, as well. I can always go to my team for help.”

Being in an unfamiliar environment has encouraged many international students to mature and become more disciplined, while balancing collegiate sports, academics and other extracurricular activities.

“I honestly think Kent State has allowed me to grow as a person,” explained Kain Anzovino, senior physical education major and long snapper for the Kent State football team. Anzovino is from Fort Erie, Ontario, Canada.

When asked about their favorite experiences at Kent State, one common theme surrounded the international student-athletes’ best memories­­: their teammates.

“I will never forget my teammates,” said Keziah Lewis, junior accounting major and guard for the Kent State women’s basketball team. “It doesn’t matter how far away we are from one another or how long we go without talking. Our bond has and will always remain the same.”

Lewis, who is from Hobsonville, New Zealand, explained that Kent State stood out among other U.S. schools because its students, faculty and staff made the university “feel like home” when she visited.

She said this welcoming and friendly environment allowed her shy personality to blossom, even though she was far away from her family and friends.

“I think international students often help expand domestic students’ worldview and teach them about different cultures,” said Aaron Chimenti, assistant athletic communications director at Kent State. “Once those relationships start, you see everyone becoming a better teammate, and we’ve seen several of our teams really benefit from that.”