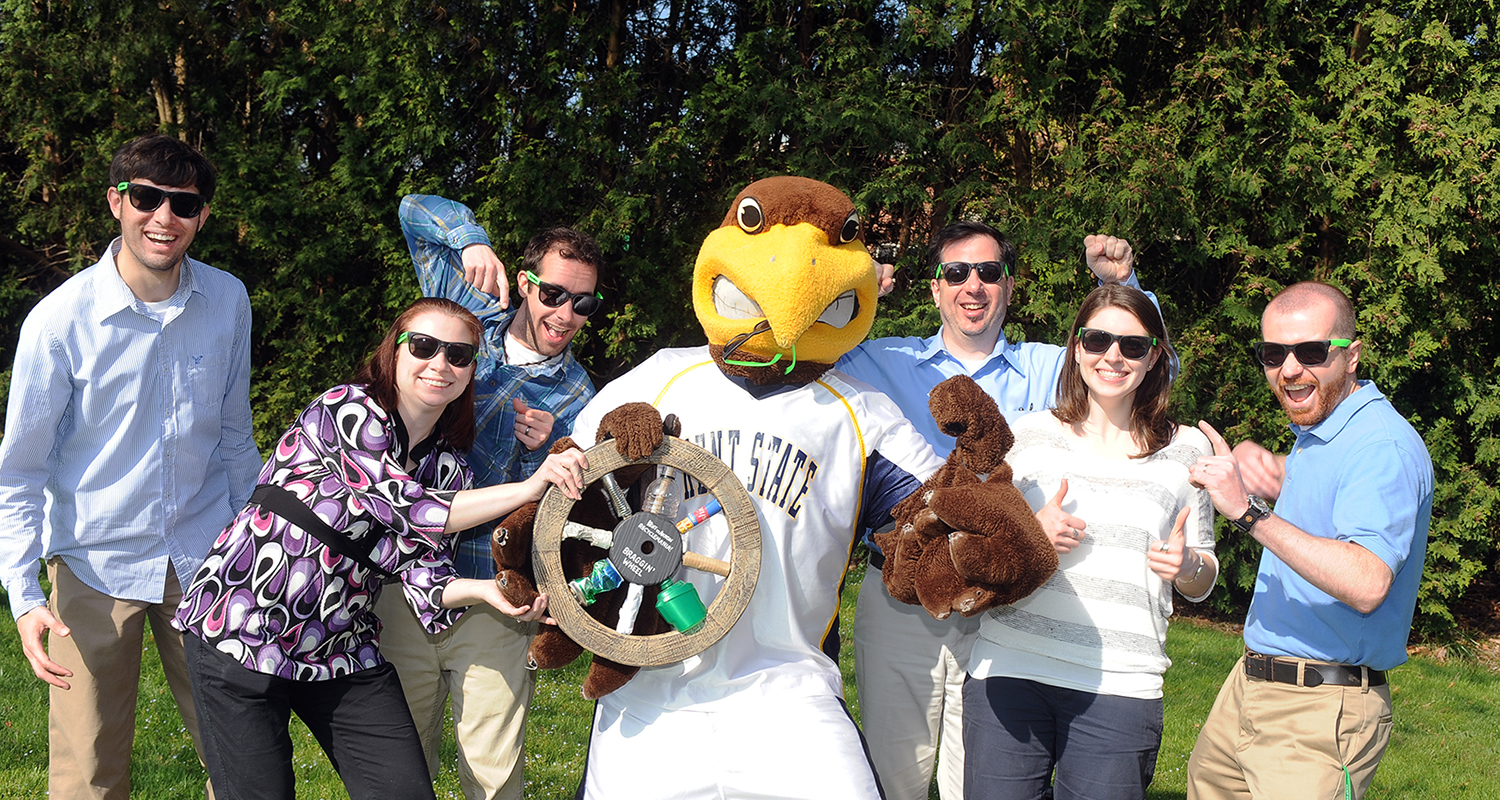 The results from this year’s RecycleMania tournament are in, and Kent State University won bragging rights against the University of Akron in the friendly environmental competition.

The results from this year’s RecycleMania tournament are in, and Kent State University won bragging rights against the University of Akron in the friendly environmental competition. RecycleMania is a benchmarking tool for college and university recycling programs to promote waste reduction activities to their campus communities.

“This is our third year participating in RecycleMania,” said Melanie Knowles, manager of sustainability at Kent State. “Each year, there is more enthusiasm and participation.”

Over an 8-week period each spring, colleges across the United States and Canada report the amount of recycling and trash collected each week, and are in turn ranked in various categories based on which institution recycles the most on a per capita basis.

Schools also are ranked according to the best recycling rate as a percentage of total waste and which institutions generate the least amount of combined trash and recycling. With each week’s updated ranking, participating schools follow their performance against other colleges and use the results to rally their campus to reduce and recycle more.

“Colleges and their students are leading the way toward a more sustainable future, and RecycleMania is a perfect demonstration of their energy and commitment,” said Matt McKenna, president and CEO of Keep America Beautiful. “Keep America Beautiful is pleased to support the RecycleMania program, and we celebrate this year’s results and congratulate every school and individual that participated.”

As a measure of the success of this year’s competition, 92 million pounds of recyclables and organic materials were recovered. This prevented the release of nearly 150,000 metric tons of carbon dioxide equivalent. This reduction in greenhouse gases is equivalent to the annual emissions from more than 25,840 passenger cars, electricity use of more than nearly 16,406 homes, or the burning of nearly 705 railcars’ worth of coal.

View the full national results of the competition.