Grammy Award-winning singer-songwriter Sheryl Crow will headline a concert at Kent State University on Sept. 8 at 6 p.m. at Dix Stadium in Kent, Ohio.

Grammy Award-winning singer-songwriter Sheryl Crow will headline a concert at Kent State University on Sept. 8 at 6 p.m. at Dix Stadium in Kent, Ohio. The “Centennial Campaign” concert to benefit the Campaign for Change Scholarship Fund serves as a celebration of the conclusion of Kent State’s Centennial Campaign, a $250-million fundraising effort timed around university’s 100th anniversary in 2010 and the largest campaign in Kent State’s history. To date, the university has exceeded its goal, raising more than $256 million for endowment, capital projects and current operating funds, with emphasis on student scholarships. The concert is presented by the Kent State University Foundation, a not-for-profit entity that is legally separate from the university.

The “Centennial Campaign” concert featuring Crow also will include Los Lonely Boys, a band from Texas whose debut single, “Heaven,” won the Grammy Award for Best Pop Performance by a Duo or Group with Vocal in 2005. A third major band will be revealed at a later date.

A portion of ticket sales from the concert will go directly to support Kent State’s Campaign for Change Scholarship Fund, the university’s student philanthropy initiative, kicking off the next round of fundraising for student scholarships. The Campaign for Change enlists student volunteers to educate their peers about the impact of private support on their education and to encourage students to “pay it forward” supporting an endowed scholarship fund. Since its launch in 2007, the Campaign for Change has raised more than $65,000 from students, parents, faculty and staff. Student gifts range from as little as $1 to as large as $200. In 2009, the fund reached the $25,000 threshold required to endow it, meaning Kent State students have left a legacy that will aid their peers, current and future, in perpetuity. Learn more about Kent State’s Campaign for Change Scholarship Fund. 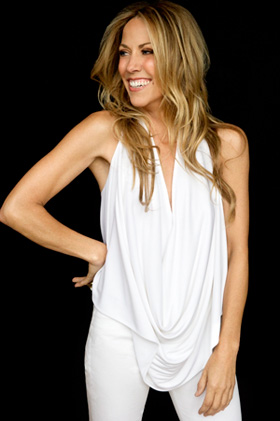 Free-spirited, fearless and fierce, Sheryl Crow has garnered nine Grammys, performed duets with musical luminaries such as Sting and Mick Jagger, released seven studio albums which sold more than 35 million records worldwide, saw the launch of her very own clothing line Bootheel Trading Co., is a cancer survivor and passionate humanitarian and has performed for President Obama. From humble beginnings as a jingle and back-up singer, Crow has reached the pinnacle of professional solo success.

Her 1996 triple-platinum, self-titled album, “Sheryl Crow,” earned the Grammy for Best Rock Album, and the song “If It Makes You Happy” won the Grammy for Best Female Rock Vocal Performance. With the 1998 release of the platinum “The Globe Sessions” album, she also garnered the Best Rock Album Grammy, as its “Everyday Is A Winding Road” and “My Favorite Mistake” both reached the Pop Top 20.

The new millennium brought 2002’s platinum “C’mon, C’mon,” whose gold “Soak Up The Sun” peaked in the Top 20 and “Steve McQueen” again nabbed her a Best Female Rock Vocal Performance Grammy. The 2003 greatest hits compilation, the four-times platinum “The Very Best Of Sheryl Crow,” also was a number 2 charter, featuring a new recording, a cover of Cat Stevens’ “The First Cut Is The Deepest.” Crow’s 2005 platinum “Wildflower” featured the duet with Sting, “Always On Your Side.” On her 2008 release, “Detours,” Crow explores both personal and global issues. It was produced by Bill Bottrell, who last worked with Crow on her 1993 debut, “Tuesday Night Music Club.” Crow unveiled her soul stylings on her seventh studio set, “100 Miles From Memphis.” Growing up in Kennett, Mo., 100 miles from Memphis, Crow grew up listening to the irresistible soul sounds on the radio coming out of Memphis in the late ‘60s, including Otis Redding, Wilson Pickett, Booker T and Aretha Franklin, and in the early ‘70s, including Al Green, Curtis Mayfield, Marvin Gaye, Sly Stone and Aretha Franklin, all of whom have shaped the artist Crow is today.

Crow is a passionate supporter of a variety of environmental and health-related charities, including the National Resources Defense Council (NRDC), the Breast Cancer Research Foundation and the World Food Program. This year saw the opening of the Sheryl Crow Imaging Center in the Pink Lotus Breast Center in Los Angeles. For more information about Sheryl Crow, visit her official site at www.sherylcrow.com.