Wanna be Confident as Boss? LaunchNET Has Just the Course for You

Macara Hitchcock knew she loved aerial fitness and she wanted to somehow make it into a viable business but did not know how to proceed until she participated in the Black Woman Bosses (BWB) program at Kent State.

BWB, a 10-week cohort program presented by LaunchNET, showed Hitchcock, of Akron, that she was not too young to set up the foundation for her business while she was still in college. Since participating in the program, she has begun working with studios in Akron and Kent and training for her certification in yoga.

“BWB helped me get myself together,” said Hitchcock, a senior sociology and criminal justice major who will graduate in December 2022. “I had so many different ideas. BWB gave me the courage and the confidence to build my business right now.”

BWB began its fall 2022 10-week cohort recently. The sessions are held in person for the first time since the program began in 2021 during the pandemic. The program is designed to help participants learn leadership and business skills, gain community and practice self-care and confidence as an entrepreneur. 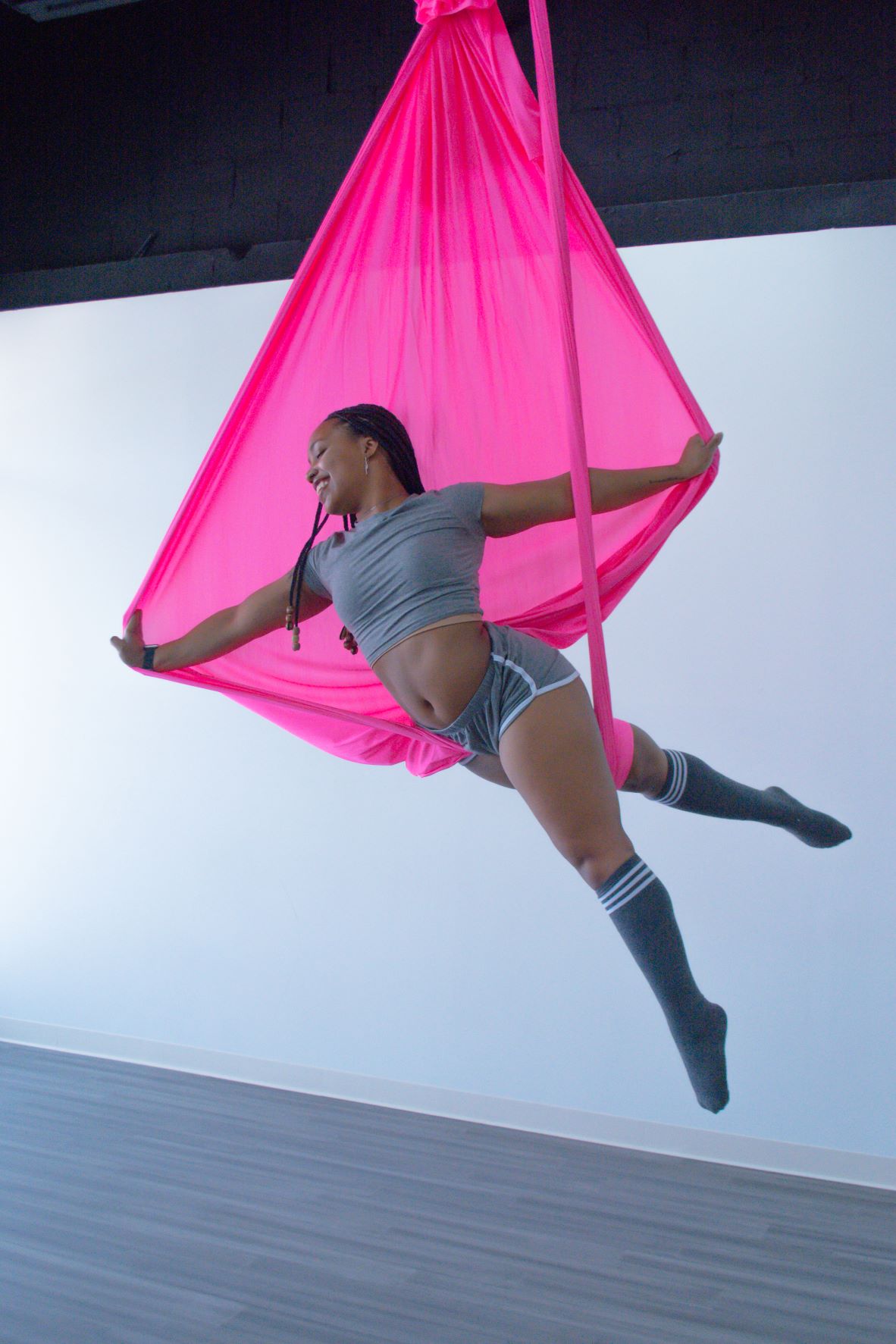 There are many programs and resources that teach skills about starting a business, says Tabitha Messmore, LaunchNET assistant director, who created and facilitates BWB. But the more difficult part for people to wrap their heads around is having the confidence to be a boss.

“The harder part to me is the mental piece – figuring out how to feel like you’re a boss,” Messmore said. “How to be confident in yourself. I don't just want it to be about how to pitch, here's how to do a business plan or business model, here's how to create a marketing plan. All these things are important, but that's not what this program is for.”

The other vital component of BWB is the sense of community and comradery that the cohorts build among themselves.
"We realized that the community aspect was really a big deal,” Messmore said. “Even on Zoom, during those first two cohorts, the young women became a community, they became a sisterhood. They supported each other. So even in between classes, they would say, 'oh, hey, I'm looking at logos, which color do you all think is best?' Or 'I'm having a day where I'm feeling down. I can't really feel good about what I'm doing.' And everybody would pick that person up. That was so satisfying.”

Senior Hailey Barnett said BWB helped her find her purpose in teaching pole fitness and running the Flash Pole Fairies (FPF) organization on the Kent Campus. Barnett, an applied communication studies major with a minor in public relations, became a Level 1 and 2 pole instructor and she now teaches pole at Alchemy Pole Fitness in Akron.

“With the help of Black Women Bosses, I found confidence in moving forward with my love for teaching pole to groups that cannot access classes due to cost, location and commitment, starting with college students and someday owning a studio,” said Barnett, who will graduate in December 2022.

Barnett, Hitchcock and a few other friends started FPF because pole fitness has positively impacted their overall mental and physical health, and they felt "obligated to share its benefits with other students at Kent State," she said. The mission of FPF is to provide affordable pole classes to students on campus, students who may not have transportation to go to classes offered off campus. Last semester they taught more than 30 students and this semester they have received inquiries from over 200 students interested in taking classes. 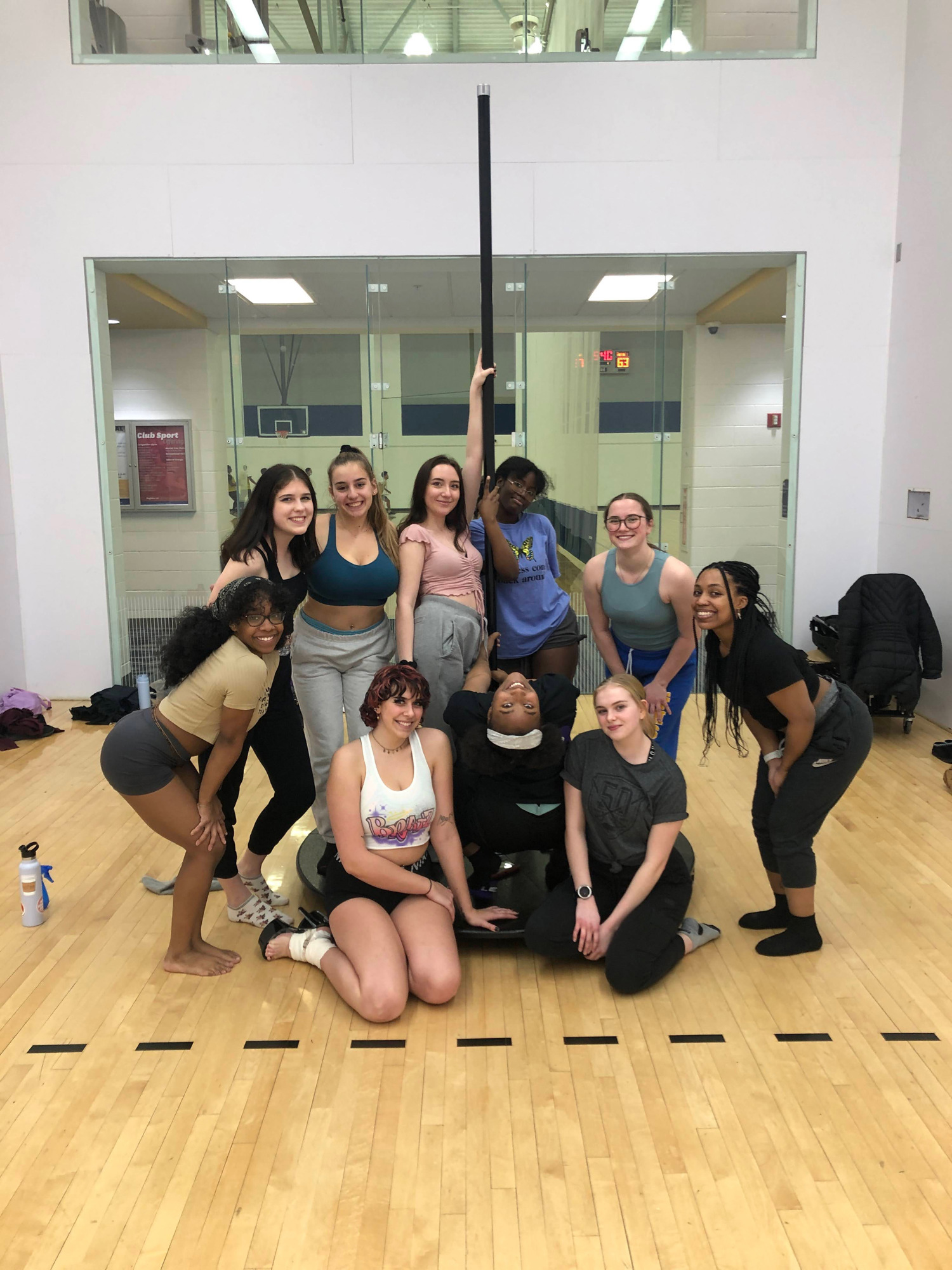 "Bringing courses to students not only welcomes them to learn pole, but removes an obstacle that stops a lot of students from exploring new hobbies," she said. "As much as people want to frown upon a pole and its athletes, they can't deny that it is a form of fitness in which people want to partake. The success of my student organization affirmed my business venture is bound to succeed.”

During the BWB graduation, Barnett cried while presenting her "why" because she realized the students who signed up for her class believed in her mission. She is grateful to Messmore, Robinson and LaunchNET for providing the BWB program to students such as herself. Before BWB, she did not call herself an entrepreneur,  but “a girl who loved to teach, and opening a studio was a possibility in the next decade."

“My vision was distant and unfathomable,” Barnett said. “Every meeting with Alicia, Tabitha, and other ambitious Black women rewired my overall entrepreneurial thinking. Our discussions on discovering identity and values and developing marketing and pitching strategies changed my attitudes in a snap. My hobby became a passion, and my dreams became my future right before my eyes.”