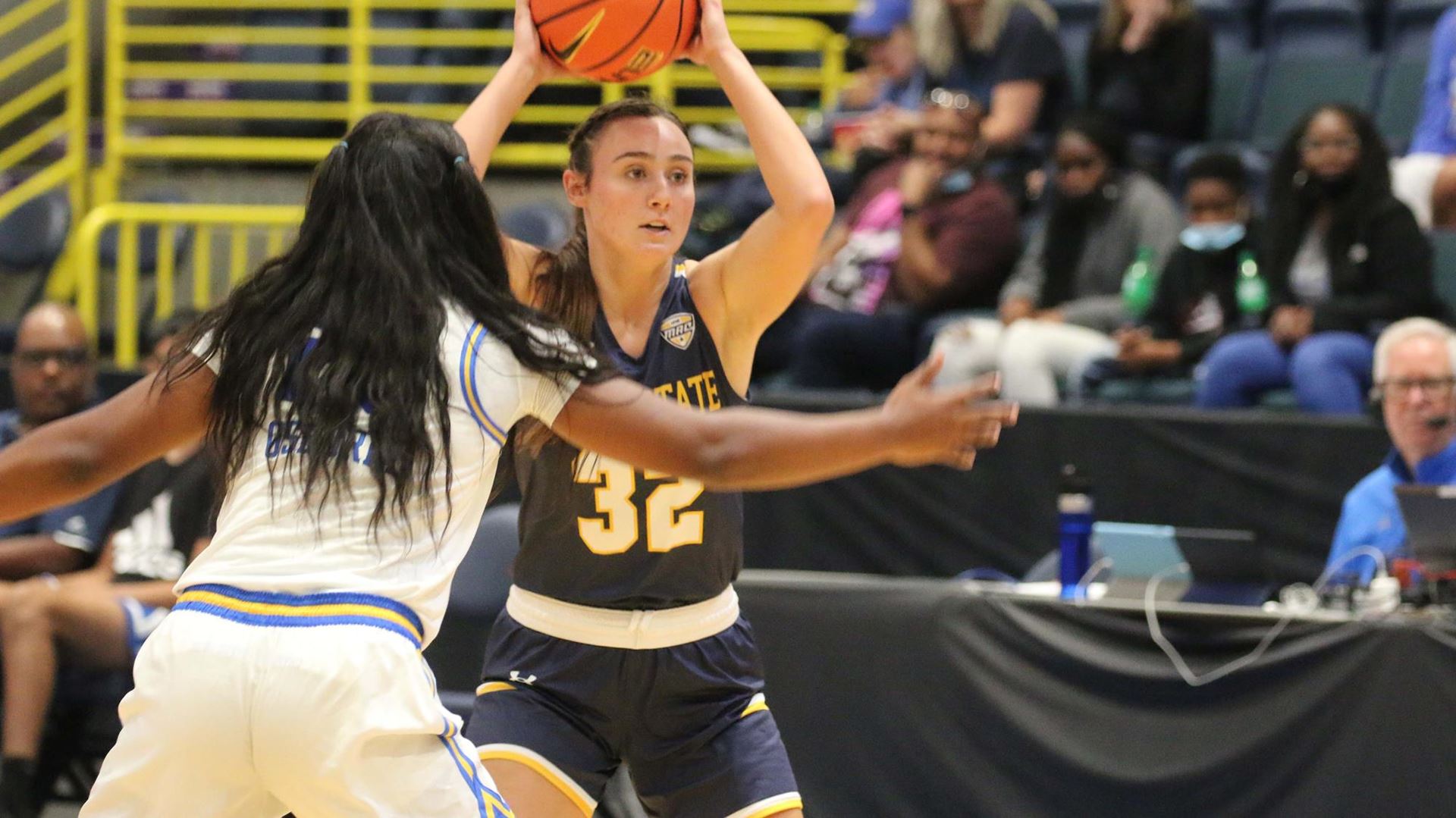 ESTERO, Fla. — A 12-0 run late in the fourth quarter put Kent State ahead for good in a 75-69 win over No. 19 UCLA in the opening round of the Gulf Coast Showcase on Friday afternoon.

"This a huge win for our program," head coach Todd Starkey said. "Obviously, UCLA is a great program. When you beat one of the blue bloods, it's a special thing."

After scoring just nine points in the third period and trailing by four at the start of the fourth, the Golden Flashes (4-0) shot 7-of-10 from the field and made 11 of their first 16 free throws as part of a 27-point quarter that saw them lead by as many as nine points.

"We told our team that we were going to get their best punch coming out in the third quarter and that we had to punch back," Starkey said. "I thought we did a really good job of getting the ball where we wanted it to go, staying aggressive and making them defend us without fouling. We finally got into that flow in the fourth quarter."

Senior Lindsey Thall sank five three-pointers and finished with 20 points to lead five Flashes who scored in double-figures. Junior Katie Shumate had the hot hand in the first half, making four of her six shots during the opening 20 minutes, and ended the contest with 17. Sophomore Casey Santoro had 14 points off the bench, while junior Nila Blackford and senior Hannah Young added 11 and 10 points, respectively.

Kent State outscored the Bruins on all three levels. The Flashes shot 9-of-17 from beyond the arc for a 27-21 advantage on three-pointers, led 28-18 in paint scoring and converted 16 free throws to only 12 for UCLA.

A team effort on the glass resulted in a 35-33 rebounding advantage. Blackford pulled down a game-high eight rebounds, while Shumate and Thall were right behind with seven each. Freshman Bridget Dunn and Santoro added four rebounds apiece.