For the first time, the fashion show was held in the Kent State University Museum 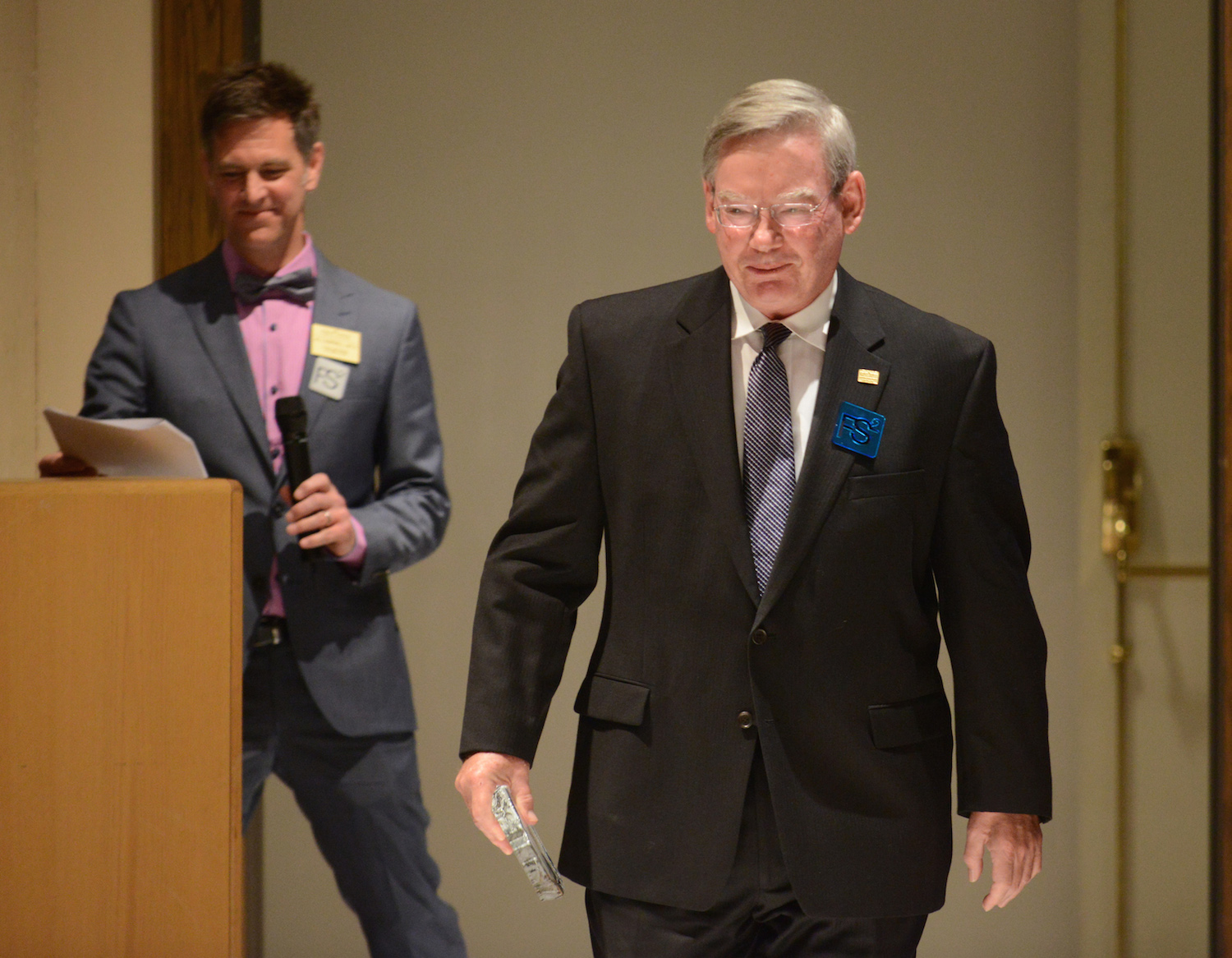 For the first time, the fashion show was held in the Kent State University Museum, and the setting lent the presentation an unprecedented intimacy. The runway snaked through six of the museum’s galleries, and the audience, seated within inches of the models, was treated to an immense richness of detail, privy to the subtleties of garments’ textures, movement and construction.

The show featured the work of 34 student designers, who presented a broad spectrum of evening wear, active wear and lingerie.

The show was capped by an awards presentation that included the induction of Tom Cole, former Macy’s chief administrative officer, into the Fashion School Hall of Fame. In receiving this honor, Cole, a Kent State alumnus, joins the ranks of past inductees, such as Estee Lauder, Elsa Klensch, Allen Questrom, Michael Weiss, Ralph Rucci, Oscar de la Renta, Leonardo Ferragamo and Dana Buchman.

“Sitting here today and looking at the designs that walk down this aisle, I continue to be so impressed with what the Fashion School has done,” said Cole, upon accepting his award at the event. “The first person I’m going to call is Allen Questrom, who is a former CEO of Macy’s and will be thrilled to know that I’ve joined him in the Fashion School Hall of Fame at Kent State University.”

Several Macy’s executives were in the audience to celebrate Cole’s induction, including Terry Lundgren, CEO and chairman, and Molly Langenstein, executive vice president of men’s and children’s product development (also a Fashion School alumna).  The late Margaret Clark Morgan was the recipient of the Lifetime Achievement Award. Margaret Clark and her husband, Burton D. Morgan, were champions of education and the arts, and launched scholarship and technology endowments at the Fashion School.

J.R. Campbell, director of the school, said, “Alongside Shannon Rodgers and Jerry Silverman, whose gift enabled the establishment of the Fashion School in 1983, the Morgans and Morgan foundations represent the most generous donors in the Fashion School’s history.”  Mary Morgan-Graves and Suzanne Morgan accepted the award on behalf of their mother.

The school presented its Outstanding Alumni Award to Vicki Jennings, vice president of sales at the Jones Group, before announcing this year’s nine student design awards, each of which carried a cash value between $250 and $1,000.

As in years past, a team of industry professionals reviewed student submissions in March to select the pieces appearing in the show. Among these “designer critics” were several Fashion School alumni: Laura Boes, vice president of design at Tea Collection; Brie Bourdo, senior designer of activewear at Lane Bryant; Jacqueline Hughes, design director of knits and sweaters for Lauren Brands; Michael Cunningham, head designer for Joan Voss; and Matthew Zink, owner and designer of Charlie by Matthew Zink.

Photos from the fashion show and awards ceremony are viewable here.