He's only 4 years old, yet he's already certain of what he wants to do when he grows up.

That by itself is pretty amazing. 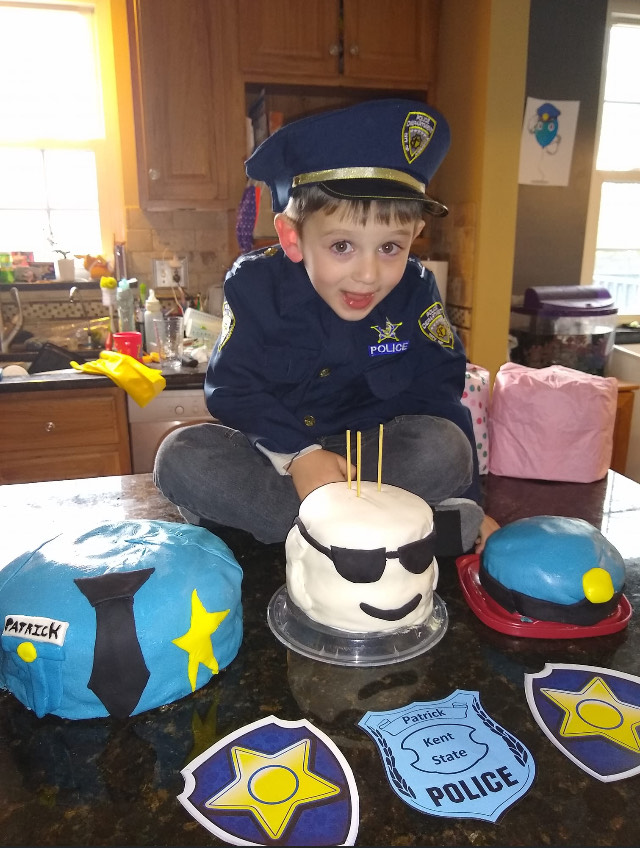 So much so that he wears his own Kent State police uniform to his preschool Zoom classes.

On days that his mother, LeighAnn, drops him off at Kent State's Child Development Center, Patrick's first glance is for the officer who waves and welcomes him to begin his day. His favorite is Officer Joe Knotek.

Recently, Knotek was not on duty when Patrick arrived, and that just didn't sit well with Patrick who is already concerned that COVID-19 may delay him from getting the future classes he will need to join the Kent State Police Department someday. LeighAnn reached out to campus police to let Knotek know that his biggest fan was paying attention.

"Just to hopefully make you smile knowing you are missed and so many of you have made such a positive impact on my boy," LeighAnn wrote in an email to the department.

Knotek just happened to be off that day. However, the inquiry inspired the entire department to lift up Patrick and his dreams. The officers made and held signs outside the Child Development Center and even created a video to let Patrick know they missed him.

When Patrick was dropped off at the center on May 14, Knotek was there along with other members of the department ready with a gift basket of police goodies, including a Kent State Police T-shirt, sticker badges, water bottle and other items. 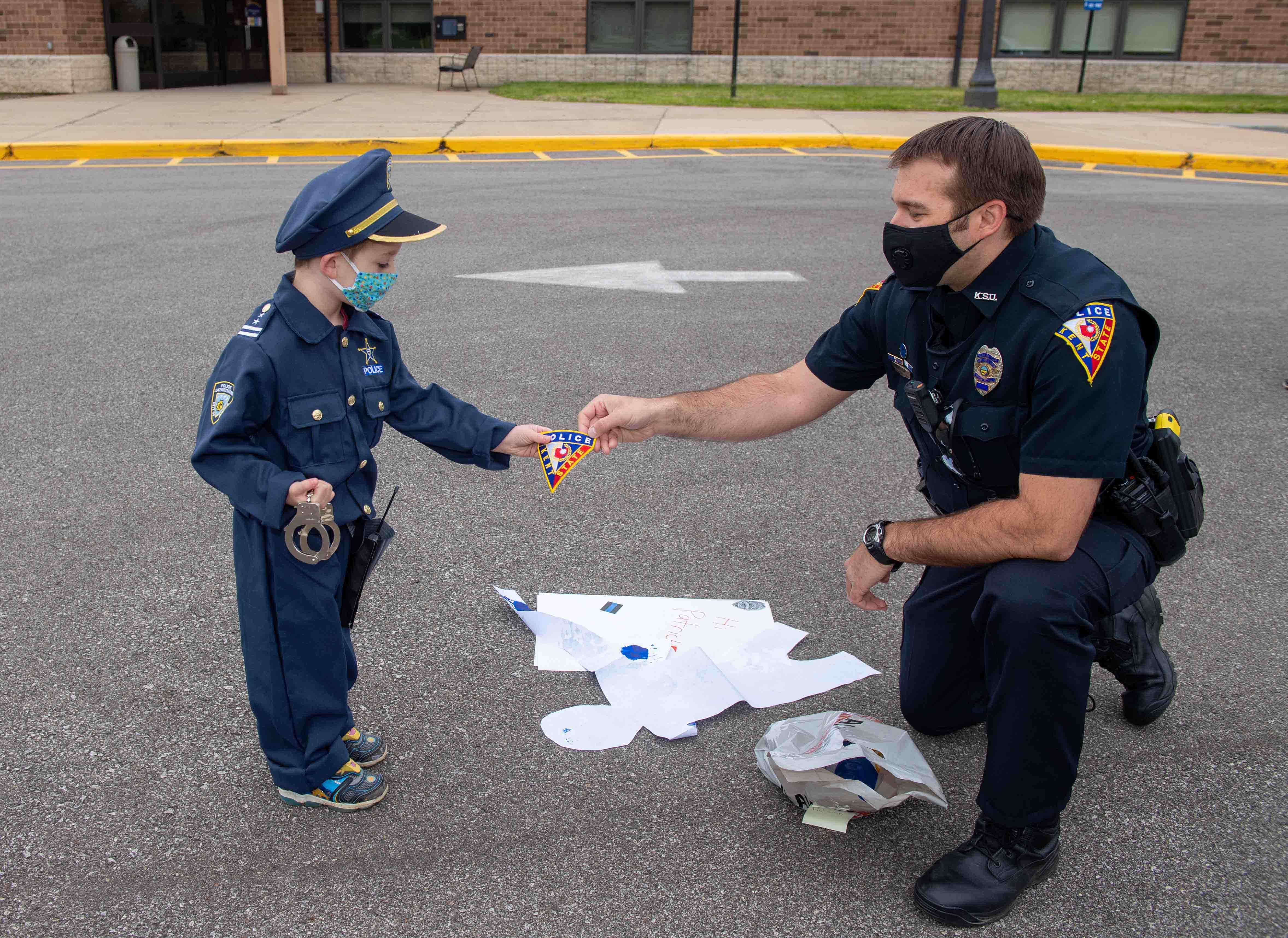 Probably the most memorable gift was from Knotek. He took one of his personal Kent State Police Department patches out of his duty bag to present to Patrick.

"We were excited to be able to do something positive during this unprecedented time," Knotek said. "Patrick's hero doesn't wear a cape, but a badge, and I'm humbled that I could help to inspire him to one day have the honor of wearing the same badge. He will make an incredible Kent State police officer one day!"