The only thing more fierce than Dominic Hill’s ability to bust through an offensive line to make tackles might be his smile.

The Golden Flashes’ easy-going nose tackle has been smiling a lot from the moment he learned of the team's berth in the Tropical Smoothie Cafe Frisco Bowl.

“That was a surreal feeling. They have video of my reaction as I was sitting there in shock and awe,” Hill said. “What better way to finish out your career than coming back home?”

Hill grew up in Fort Worth, Texas, about an hour from Toyota Stadium. As the only Kent State player from the Lone Star State, Hill has been introducing his teammates to all that Texas has to offer. 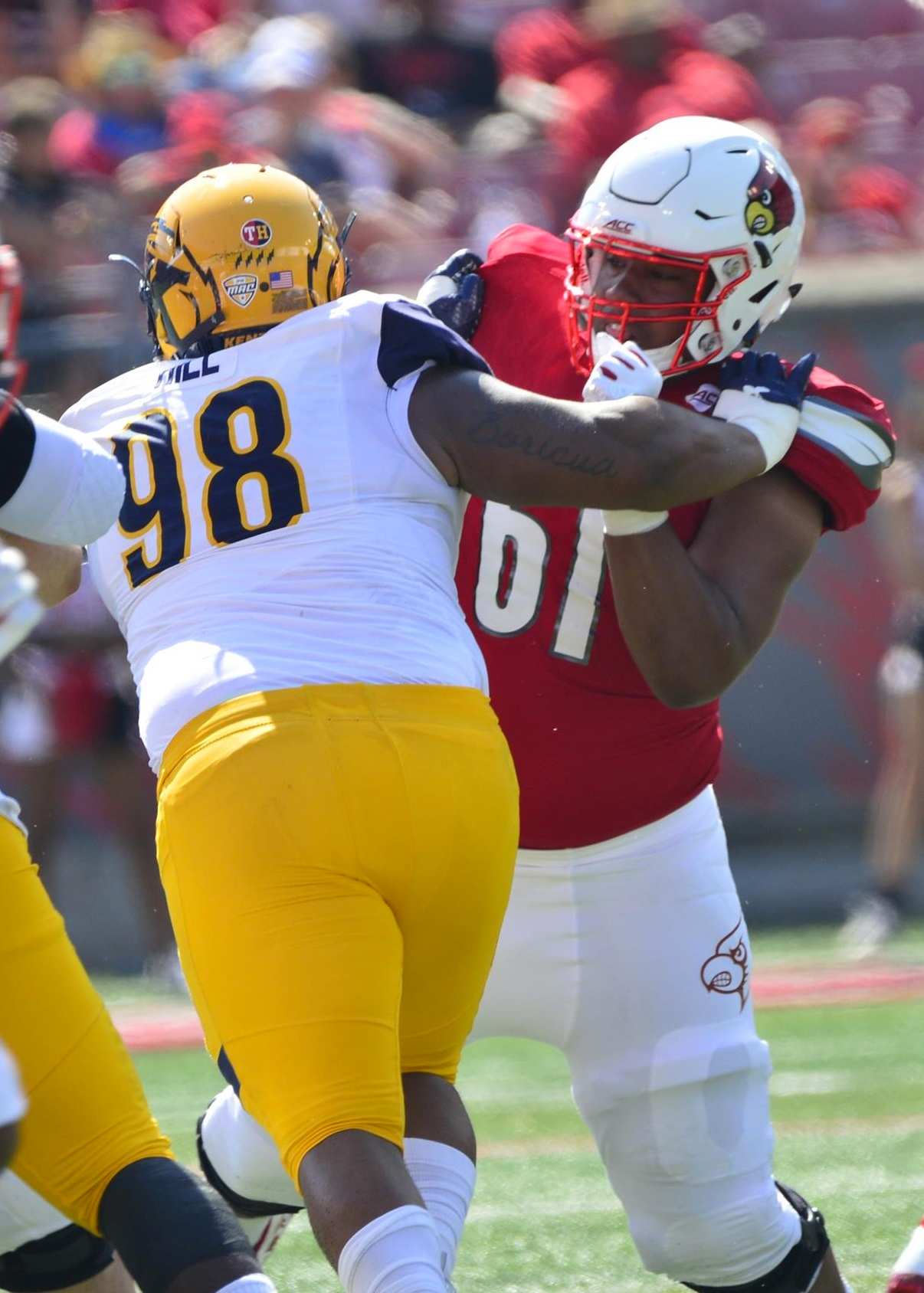 He admits that while his mind will be focused on Utah State (7-5) during Friday’s game, his heart will be in the stands.

“Gonna have quite a few people there,” Hill said with a gleaming smile. “My mom, grandpa, uncle, sister, my two sons and my girlfriend will all be there. Had to gather a lot of tickets.”

Hill said that his mother and grandfather have been his role models, and they were his biggest cheerleaders as Hill was named team captain at Boswell High School on his way to earning all-state second team honors before choosing to join Kent State (6-6).

Playing college football nearly 1,200 miles from home, Hill has rarely been able to play in front of those closest to his heart. Now, he’ll share his final game as a Golden Flash with those who have made the biggest impact on his life.

“It’s big. My mom hasn’t been able to make many games,” Hill said. “Dallas to Ohio, that’s a big commute. So she’s made a couple games in my football career, so I’m glad. Being able to play in front of her and my grandpa, whose only seen one other game, that means a lot to me. That’s a moment I’m going to cherish forever.”

As a redshirt senior, Hill set out to make the most of his final season. He was named the Jack Lambert Award winner as Kent State’s top defensive player during spring football, and this season, Hill has recorded 19 tackles, including a career-high six against Miami.

Hill said that being part of a team that rallied to win its last three games to earn a bowl birth has been special.

“We haven’t won much, and this year six wins,” Hill said. “It may not seem like a lot to some people, but they also didn’t go through it. We went through this, and as a collective, we know what it means to us. This game definitely doesn’t define us. It’s just another stepping stone to who we want to be.”

As his football career is coming to a close, Hill has his sights set on the skies. He plans to join the Air Force both to see the world and to help provide for his family. His grandfather served in the Army so Hill said he has felt a calling to serve his country.

But that can wait for one last game.

“It would be amazing,” he said. “Going out (with a win) in a bowl game. Being able to play with my brothers one last time. I mean. It’s going to be an emotional game period. I think it’s going to be fun.”

And worthy of a lot of smiles too.