At the same time that Kent State University is competing in a bowl game, as many as 1,000 kids in Texas will be eating a meal that the Golden Flashes helped provide.

Team members joined fellow football players from Utah State University to help pack meals as part of Frisco Fastpacs to ensure that no child in Frisco, Texas, has to endure hunger when school is not in session.

The program provides seven small meals in bags that are distributed each Friday to underserved youth in Frisco to make sure they have meals over the weekend. 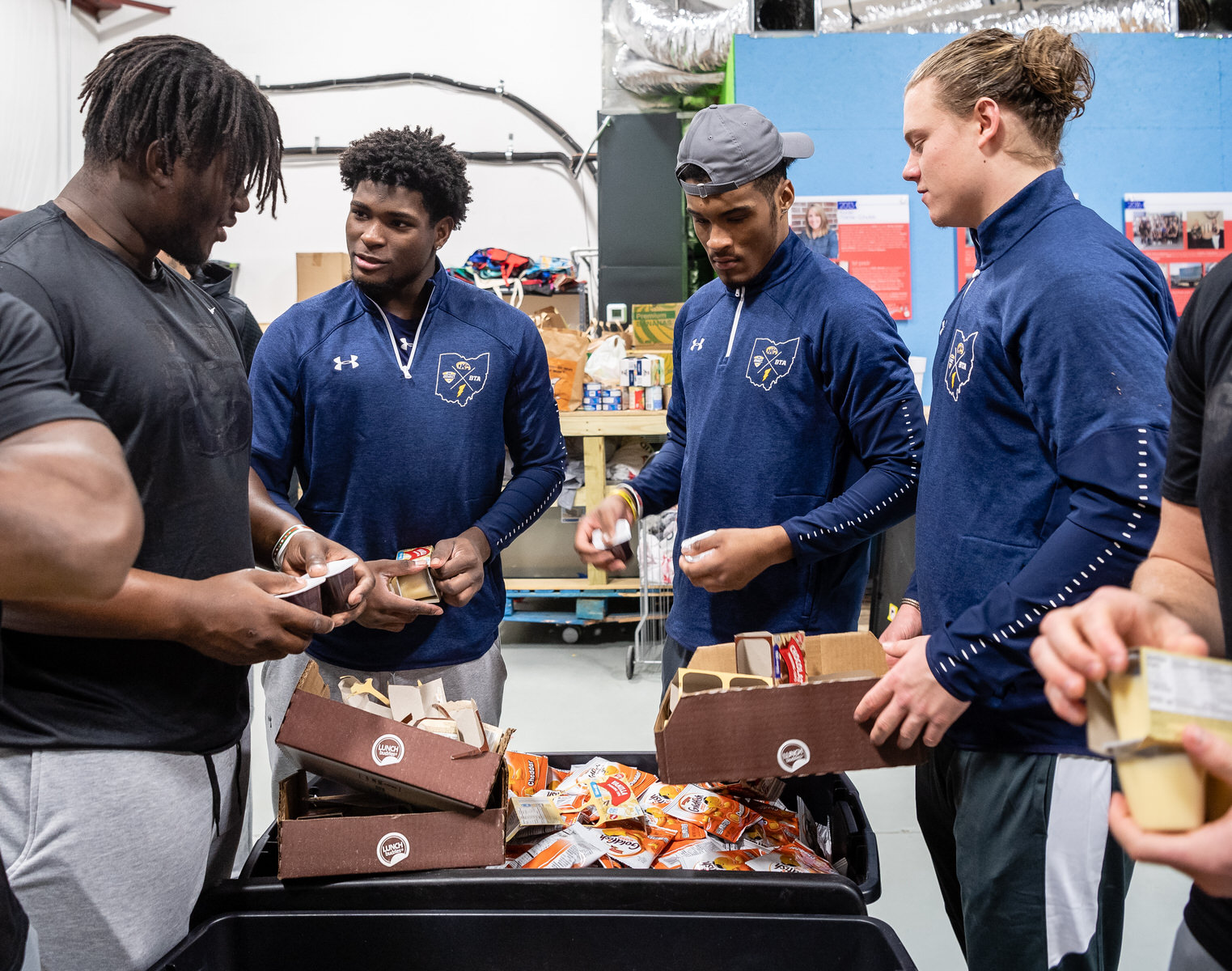 The first of the seven meals is set aside for Friday evening to be eaten at the same time that Kent State and Utah State are clashing in the Tropical Smoothie Cafe Frisco Bowl.

For the players who helped pack 1,000 fastpacs, the opportunity left a lasting impression.

“It’s great around the holiday season to give back to some people in need,” said Brad George, freshman long snapper. “It was cool to put away the rivalry for a minute and aim it toward a greater cause.”

“Many people don’t get the opportunities we do, being Division I athletes, so it’s nice to give back to the people in need,” said Jaylen DeCoteau, freshman defensive back.

Later during bowl week, members of both teams will also visit with patients at Children’s Medical Center in Plano. The student-athletes will be joined by members of the marching band and cheerleaders.