Bill Cosby, one of America’s most beloved comedians of all time, will perform at the Performing Arts Center at Kent State University at Tuscarawas in New Philadelphia on Aug. 24 at 7:30 p.m 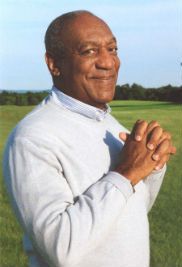 Bill Cosby, one of America’s most beloved comedians of all time, will perform at the Performing Arts Center at Kent State University at Tuscarawas in New Philadelphia on Aug. 24 at 7:30 p.m. Cosby has captivated generations of fans with his comedy routines, iconic albums and bestselling books, such as Fatherhood.  His comedy transcends age, gender and cultural barriers.

Tickets for the event range from $49-$79. Tickets can be purchased at the Performing Arts Center box office, online at www.tusc.kent.edu/pac or by calling 330-308-6400.The box office is open Monday through Friday, from 8 a.m. to 5 p.m. Free parking is available for all shows.

“We are extremely pleased to bring someone of Bill Cosby’s stature to our community,” says Gregg L. Andrews, Ph.D., dean and chief administrative officer of Kent State Tuscarawas. “Bill Cosby is one of the most iconic, popular stand-up comedians. His performance here will showcase his wit and humorous down-to-earth observations that have made him so successful throughout his entire career.”

Cosby broke television’s racial barrier with I Spy, becoming the first African-American to costar on a television series, while winning three consecutive Emmys. He created and produced the Emmy-winning cartoon Fat Albert and the Cosby Kids, which began airing in the 1970s and was made into a film in 2004. The show, based on Cosby’s childhood in Philadelphia, was designed to educate and entertain.

The former Navy serviceman’s illustrious list of accomplishments includes roles on the children’s educational show Electric Company, and creating and producing the Emmy award-winning Little Bill, which is based on his bestselling book series.

Perhaps Cosby’s greatest contribution to American entertainment and culture is The Cosby Show, about a close-knit, upper-class black family. Cosby says his intent was to portray an American family. Time magazine called the show “an encouraging sign of maturity in matters of race.” The Cosby Show dominated the number one spot for years, earning nearly unanimous critical praise.  Life magazine described the program as “a gentle, whimsical, warmhearted” show whose “delicious ordinariness of its pleasures and tribulations has given millions a fresh, laughter-splashed perspective on their own domestic lives.”

Cosby’s current bestseller, I Didn’t Ask to Be Born, But I’m Glad I Was, was released by the Hachette Book Group in November 2011. Cosby talks about the Bible, being a grandfather and his first love, in his humorous and insightful manner.