Four-plus hours by air, traveling 2,046 miles due west, and Kent State has arrived for its second bowl game in three seasons.

The Mid-American Conference Eastern Division champion Golden Flashes (7-6) will take on Wyoming (6-6) in the Famous Idaho Potato Bowl on Tuesday, Dec. 21 at 3:30 p.m. (EST). The game will air on ESPN and the Kent State Radio Network.

Having arrived in Boise, players and coaches will now begin their final practice sessions ahead of Tuesday's game. Also on tap during their visit to Idaho, Kent State players will have the opportunity to take part in a community service project to feed the needy as well as an outdoor adventure trip that includes Go-Kart racing. 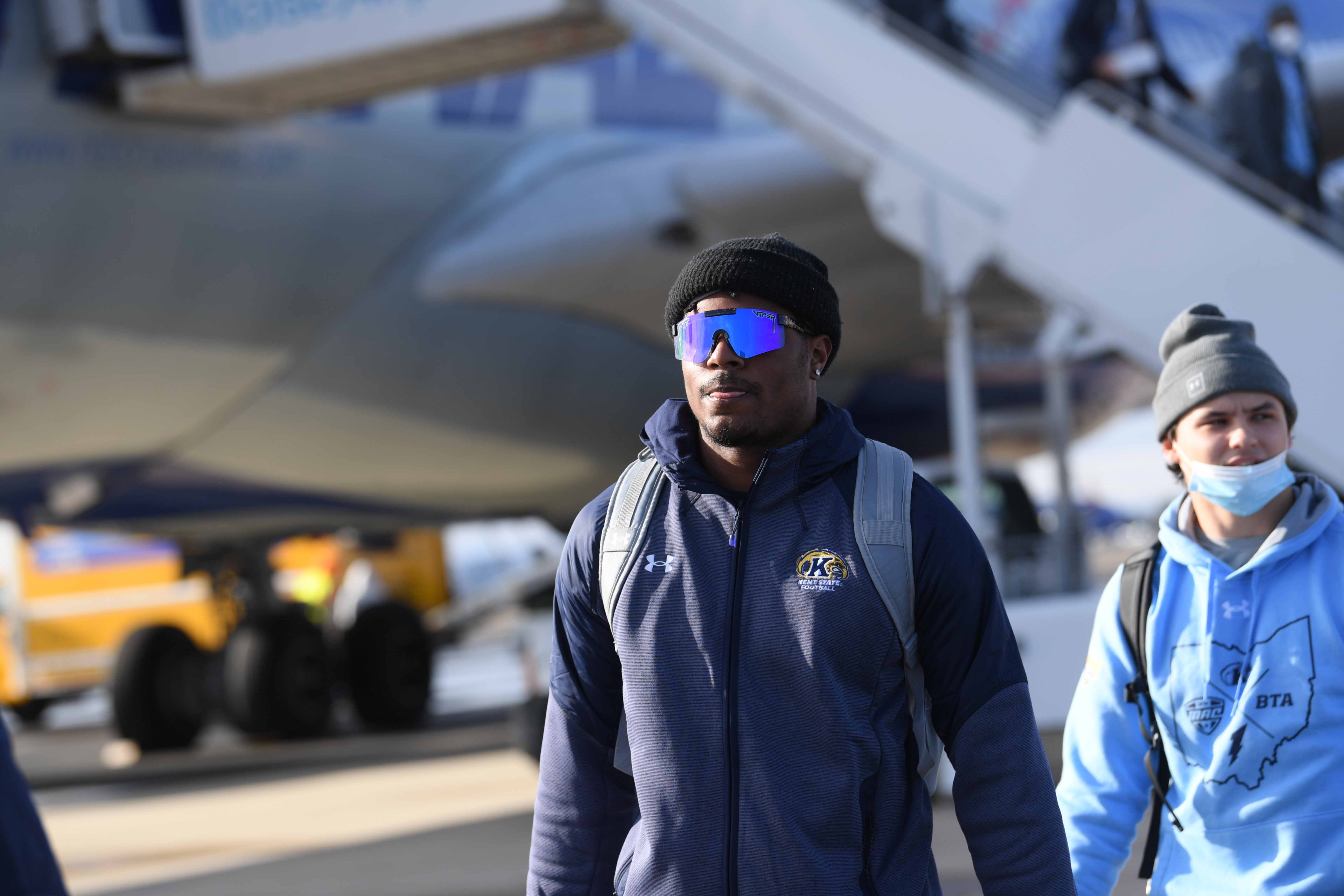 On Sunday, 10 students who were not able to take part in the university's weekend commencement ceremony in Kent will instead be honored at a special graduation ceremony in Boise to celebrate having earned their degrees.

The bowl game is being played on the famous blue turf of Albertson's Stadium, home of the Boise State Broncos. The contest traditionally features teams out of the Mid-American and Mountain West Conferences. This will be the first trip to the Famous Idaho Potato Bowl for the Golden Flashes and second for Wyoming, having claimed the 2017 bowl title over Central Michigan.

This will be the first meeting between the Golden Flashes and the Cowboys. Wyoming and Kent State had one common opponent this season as each scored at least 50 points in regular-season wins over Northern Illinois.

Kent State will bring its FlashFAST offense to Boise, averaging 480 yards of offense per game. They have done so with a very balanced attack, averaging 243 yards per game on the ground and 237 through the air.

The Cowboys bring a balanced attack as well, having averaged 195 yards per game on the ground and 165 through the air. Wyoming has also done it with balance, with four backs rushing for over 200 yards on the season and a pair of quarterbacks splitting time under center. Wyoming sports the top passing defense in the Mountain West, allowing just 177 yards through the air, and is fifth in the Mountain West in scoring defense, allowing an average of 22 points per game.

This will be the first meeting between the Golden Flashes and the Cowboys. Wyoming is no stranger to the Mid-American Conference, having beat Northern Illinois 50-43 in DeKalb and Ball State 45-12 in Laramie this season.