Cowboy Up! Kent State Practices on NFL Practice Field Ahead of Frisco Bowl

All Kent State University athletes are accustomed to being surrounded by blue. Blue and gold usually, and lots of it.

On Tuesday, the Kent State Golden Flashes were embracing a different shade of blue. One with a deep, winning football tradition – the blue-draped practice home to the NFL’s Dallas Cowboys.

Kent State worked out Tuesday at the Cowboys’ training facility – Ford Center at the Star – for the first of three workouts ahead of Friday’s Tropical Smoothie Cafe Frisco Bowl against Utah State. The team’s other two workouts will take place on practice fields at nearby Toyota Stadium. 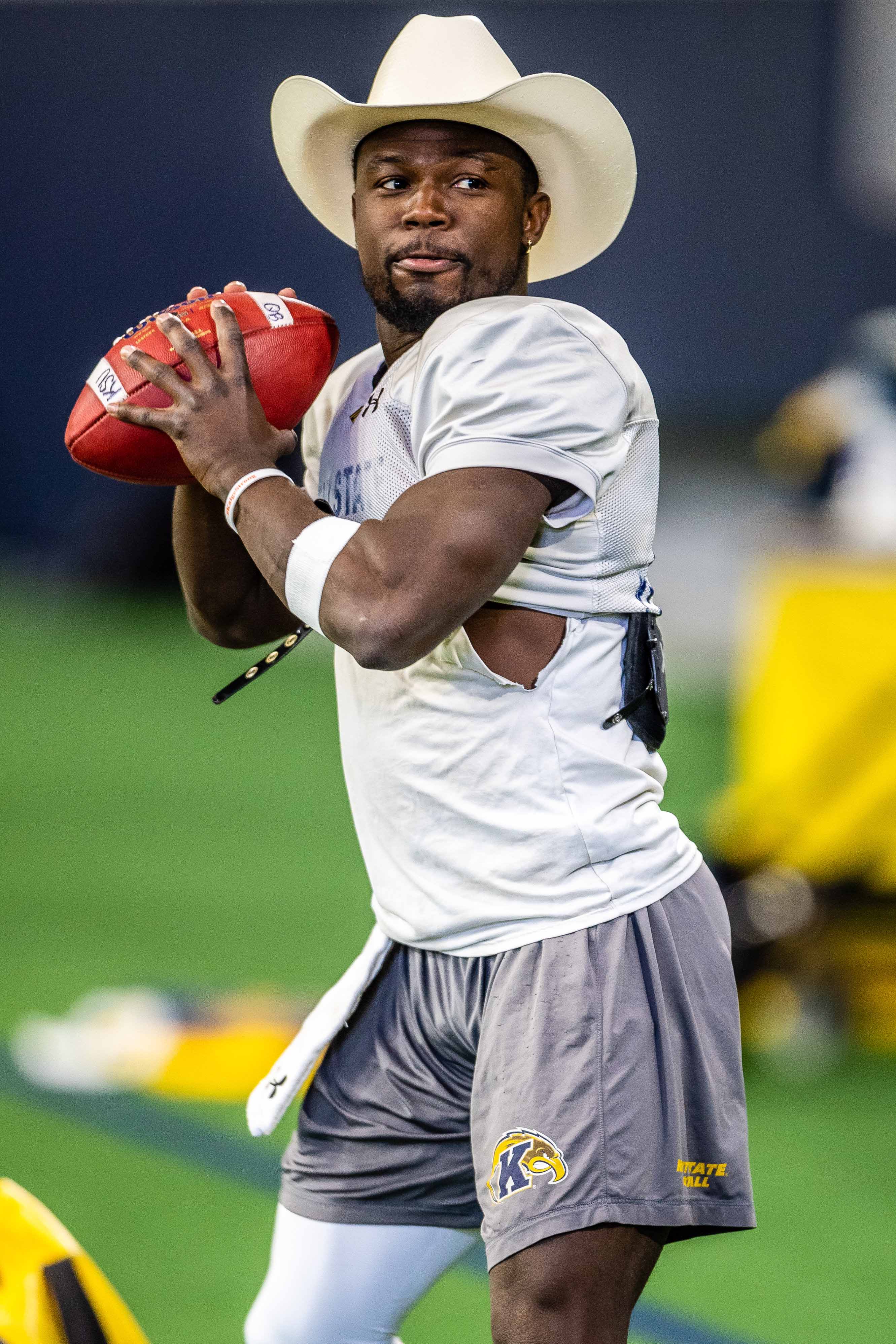 The 12,000-seat Ford Center opened in 2016, and for at least one afternoon, it created a supercharged experience for the Golden Flashes with the NFL team’s name emblazoned in the end zone.

“Pretty neat experience for our guys because obviously that’s an ultimate goal and a dream for everyone to be in that type of facility on a daily basis,” said Kent State head coach Sean Lewis. “For them to get at taste of that, it’s a reward for their hard work and a testament to a what first-class bowl that this is that the people of Frisco are putting on.

Players admitted they were inspired to practice on the same field as one of the NFL’s most notable franchises.

“It was cool! It was different. Actually being on that turf and practicing was definitely a good feeling,” said Will Matthews, senior running back.

“Everybody was taking pictures, so I took some pictures too. Everybody was talking about memories, and it was a nice facility,” said Xavier Williams, sophomore running back.

Kent State is making its fourth bowl appearance in the school’s history and seeking its first bowl win. The Golden Flashes last bowl appearance was during the 2012 season when they were defeated by Arkansas State in the GoDaddy.com Bowl. Kent State also appeared in the Tangerine Bowl (1972) and the Refrigerator Bowl (1954).

The Golden Flashes were the only Football Bowl Subdivision (FBS) team to win their last three games to become bowl eligible. Kent State defeated Buffalo (30-27), Ball State (41-38) and Eastern Michigan (34-26) to improve to 6-6 on the season.

Kent State is one of eight teams with a four game or better turnaround from 2018, having improved from 2-10 to 6-6.

Utah State (7-5, 6-2) is led by quarterback Jordan Love. The junior has thrown for more than 3000 yards and 17 touchdowns this season. This will be Love’s final game for the Aggies as he has announced that he will forgo his senior season to enter the NFL Draft.