Petersen-Fitts is founder of the dance outreach program, Art Sparks, founded in 2012, and is co-owner of the Cuyahoga Falls Dance Center, along with her mother Beverly Petersen-Fitts, who is a part-time dance instructor at Kent State.

When Petersen-Fitts heard about the job opening, it sparked her interest because she was on the Dance Team in college. After her previous position as coach of the Cuyahoga Falls High School Dance Team, she thought it was a great career opportunity to work with college students.

“I am excited to be back at my alma mater,” Petersen-Fitts said. “I’m most excited just to get back in the college competition of dance.”

Kent State Dance Division Director Andrea Shearer says it is terrific to have Petersen-Fitts step into the role of Dance Team coach at the university. 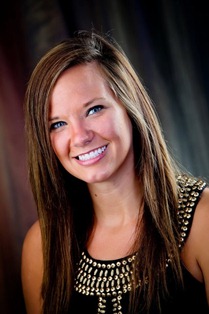 “At Kent State, we aim to provide the best overall foundation possible, so that dancers are versatile,” Shearer said. “We do this so they can pursue careers in everything from modern dance performance to backstage crew work, and from teaching to running a full dance or theatre production.

“Jordan is a natural leader and a gifted choreographer and teacher; her enthusiasm is contagious,” Shearer added. “With her experience on Kent State’s Dance Team, she certainly knows what to do, and she’ll do it very well.”

Petersen-Fitts wants members of the Dance Team to be more involved at university events. She also hopes to get members of the team more involved in the community, including teaching dance at inner-city schools. She plans to create opportunities for her students at the Cuyahoga Falls Dance Center to partner with the Kent State Dance Team.

“How great would it be to have our students volunteer and help the kids,” Petersen-Fitts said.

Petersen-Fitts says her many obligations will not be hard to manage because she is used to it and will just need to stay very organized.

For more information about Kent State’s School of Theatre and Dance, visit www.theatre.kent.edu.