The spring 2013 Bowman Breakfast will take place at Kent State University in the Kent Student Center Ballroom on Tuesday, April 16. 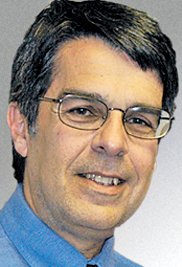 The spring 2013 Bowman Breakfast will take place at Kent State University in the Kent Student Center Ballroom on Tuesday, April 16. Doors open at 7 a.m., breakfast begins at 7:30 a.m., and the program will follow at 8 a.m. The featured speaker is Roger Di Paolo, editor of The Record-Courier. Di Paolo will speak on the topic “Beyond Audacity: Celebrating 21st-Century Kent.”

The cost to attend is $9 per person at the door, payable by cash or check. No invoicing is available for this event, and payment at the door is required.

Di Paolo, a graduate of Kent State, has served as editor of The Record-Courier since 1991, and has been with the newspaper since 1977 when he was hired as a reporter while completing his journalism degree. He has been recognized by the United Press International and the Associated Press (AP) with awards for reporting and editorial writing, and was honored by the AP with a statewide, first-place award for editorial writing in 2005.

Di Paolo’s interest in local history led to the publication of Rooted in Kent: 101 Tales From the Tree City, a collection of his "Portage Pathways" columns for The Record-Courier published by the Kent Historical Society Press in 2009. He also has edited Yesteryears, a weekly history feature, for nearly 32 years.

This is Di Paolo’s third appearance as a Bowman Breakfast speaker. He spoke to the 2010 breakfast as part of the Kent Chamber's centennial celebration and also shared the 2012 Bowman Breakfast with Ron Burbick.

Kent State is committed to making its programs and activities accessible to those individuals with disabilities. If you need a reasonable accommodation, please contact Amy Quillin, Student Accessibility Services, at 330-672-3391 or aquillin@kent.edu.