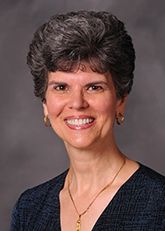 Denise Seachrist, Ph.D., director of the Hugh A. Glauser School of Music at Kent State University, has been named interim dean and chief administrative officer of Kent State University at Stark, effective July 1, 2014. Todd Diacon, Kent State’s senior vice president for academic affairs and provost, made the announcement. Kent State Stark is the only public university in Stark County and the largest Regional Campus of Kent State.

Seachrist succeeds Walter F. Wagor, Ph.D., who has decided to return to a faculty position after having served successfully as dean and chief administrative officer of Kent State Stark for the past four years.

“Denise Seachrist is a special person who combines the highest level of experience on both the Kent and Regional campuses with an engaging personality that befits a campus of Stark’s stature,” Diacon said.

Seachrist expressed her excitement in joining the Stark Campus.

“Kent State University at Stark is a very vibrant and exciting place,” Seachrist said. “I am honored to have been asked to serve as interim dean. I look forward to promoting the campus’ excellent work and expanding our connections in the community.”

She has authored 25 refereed journal articles, two book chapters and entries in Die Musik in Geschichte und Gegenwart: Allgemeine Enzyklopädie der Musik, second edition, The New Grove Dictionary of Music and Musicians, second edition, and The Garland Encyclopedia of World Music, vol. 3, “the United States and Canada.” Seachrist is the author of Snow Hill: In the Shadows of the Ephrata Cloister (2010) and The Musical World of Halim El-Dabh (2003), both published by the Kent State University Press.

Seachrist received her Ph.D. in musicology-ethnomusicology from Kent State and a Master of Music in vocal performance from Youngstown State University. She also holds a Bachelor of Music degree from Heidelberg College.