The housing boom that some areas of the country experienced in the late 1990s and early 2000s resulted in dramatic increases in housing values for many households. 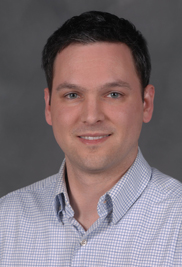 The housing boom that some areas of the country experienced in the late 1990s and early 2000s resulted in dramatic increases in housing values for many households. A new study by researchers at Kent State University and Cornell University found that this growth resulted in changes in college choices by students in those households.

Federal financial college aid is based primarily on household income, but housing values are not part of the calculation. “Starting in 1992, Congress specifically exempted housing equity from federal financial aid calculations, although private schools can still consider it,” Reynolds says.

“We found that increases in housing wealth seem to lead to increased attendance at better quality or more prestigious schools,” Reynolds says. “The effect is really concentrated in lower- and middle-income households.”

The changes in college sector choices the pair found suggest that students and their parents reacted to home price changes by altering application and enrollment decisions.

Another significant factor driving the changes was the dramatic increase in the liquidity of housing wealth due to home equity loans, according to Reynolds.

“It became absurdly easy to say ‘My house is worth this much money and, therefore, I’ll take out a loan against it,’ and essentially have money to spend,” Reynolds says. “It’s like some folks won a little lottery based on when and where they lived.”

According to Reynolds and Lovenheim, there is a growing amount of literature suggesting students attending higher quality universities have better educational and labor market outcomes. But the effect of housing wealth on college choice has been relatively underexamined, according to the team.