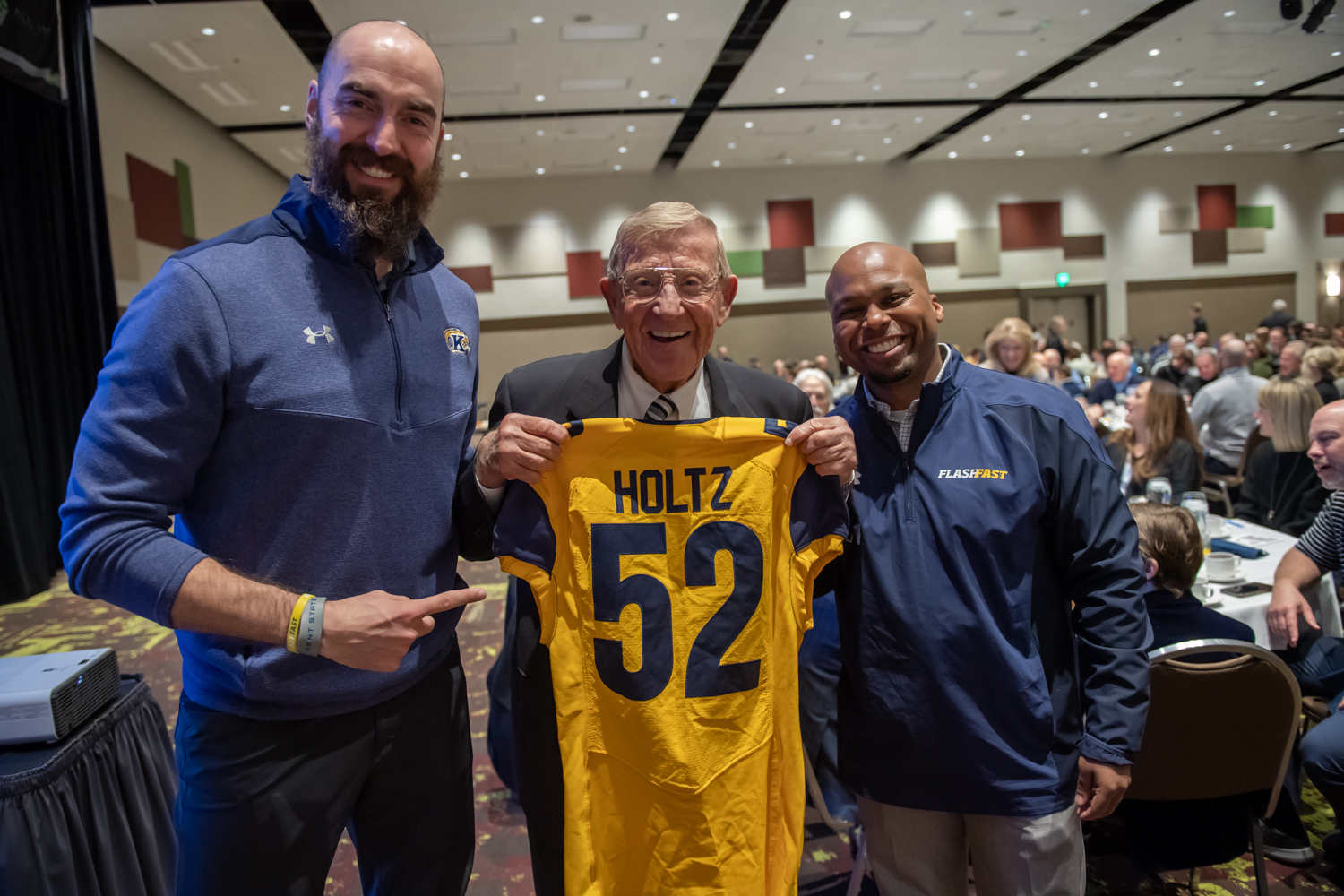 Before Holtz rose to fame as a college head coach, he earned a degree in history from Kent State, graduating in 1959. A day ahead of their bowl appearance on national TV, the Golden Flashes heard from someone who knows exactly what it's like to be part of the blue and gold family.

Holtz served as the guest speaker at the Fellow of Christian Athletes breakfast as part of the Famous Idaho Potato Bowl in Boise. About 70 Kent State players and coaches joined a similar group from the team's bowl opponent, Wyoming, along with hundreds of other patrons to hear Holtz share stories of the gridiron as well as his faith.

The event included a few questions from the audience and from one member of each team. Junior Offensive Lineman Elijah Ratliff joined Lewis on stage to ask Holtz questions about life, leadership and winning bowl games. 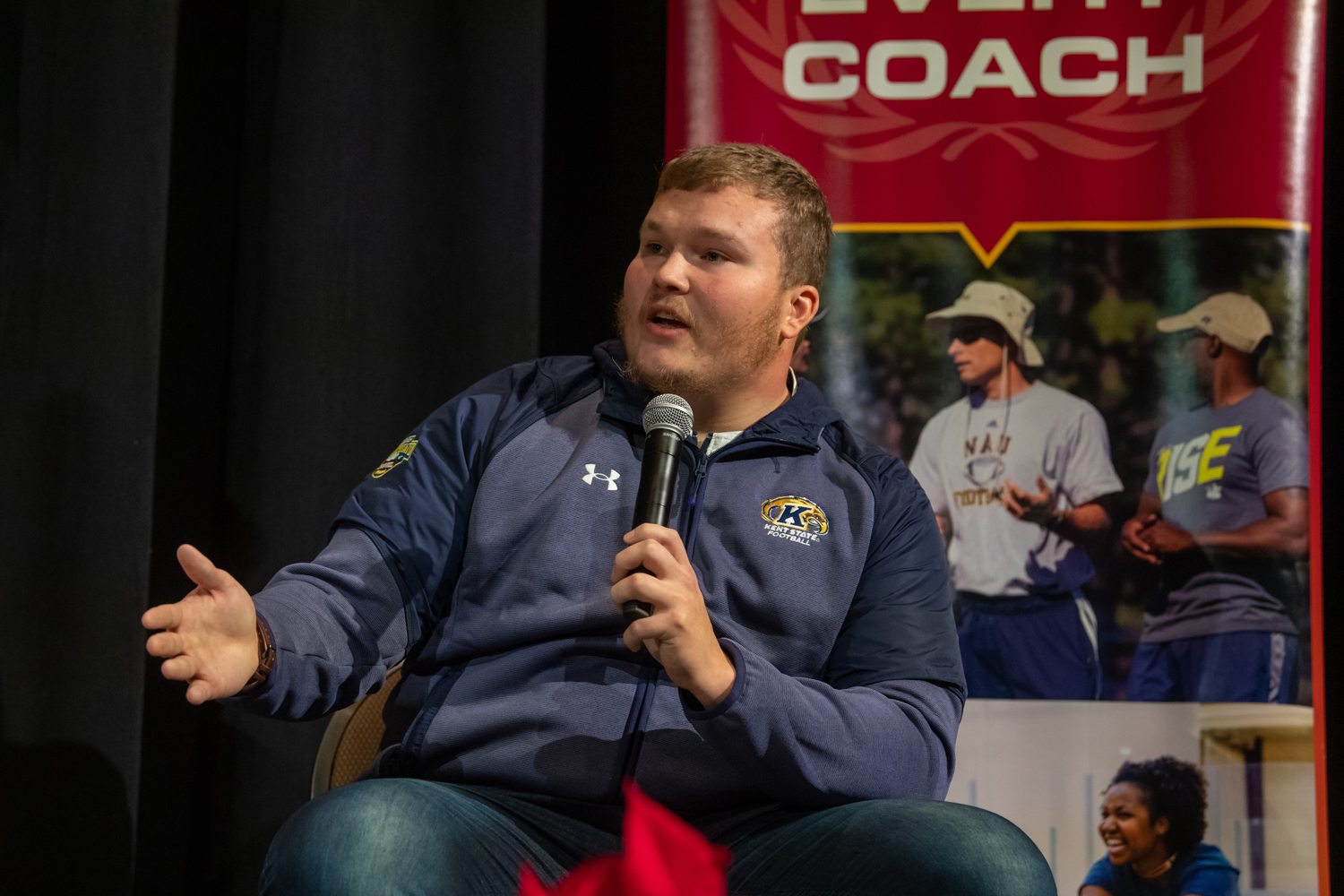 Holtz is also a published author, writing and contributing to 10 books.