Dedication will take place during the university's 43rd Commemoration of May 4, 1970

Dedication will take place during the university's 43rd Commemoration of May 4, 1970

Film director and producer Oliver Stone, and PBS news anchor Gwen Ifill will join Kent State University to mark its 43rd annual commemoration of May 4, 1970, with the dedication of the May 4 Visitors Center. The center, which tells the May 4 story, set against the political and cultural changes of the 1960s, will be dedicated Saturday, May 4, with other traditional commemorative events beginning Friday, May 3. 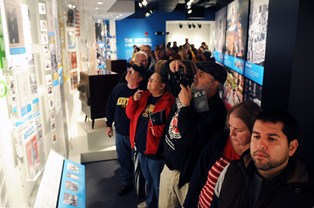 Ifill, moderator and managing editor of PBS’ “Washington Week” and co-anchor of “PBS NewsHour,” will moderate a panel discussion titled “Historical Significance of May 4 and the Visitors Center” on May 4 from 4-6 p.m. in University Auditorium at Cartwright Hall. Ifill has received more than 20 honorary doctorates and is the recipient of several broadcasting excellence awards.

From 7:30-9 p.m. on May 4, Stone will share his thoughts on “History and Memory in Film,” drawing on his films that depict ’60s-era events. Stone, an Oscar-winning director, producer and screen writer of numerous movies and documentaries, served in the U.S. Army Infantry in Vietnam from 1967-68, and received a Bronze Star for Valor.

Both events with Ifill and Stone are free and open to the public with limited seating available. A reception will follow Stone’s presentation at 9 p.m. at the Cartwright Hall third floor lobby. 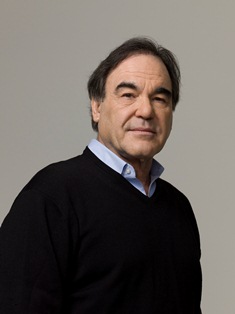 “Kent State University has been dedicated to teaching, learning and service for more than a century,” said Kent State President Lester A. Lefton. “These critical and enduring missions led our academic community to see the creation of a May 4 Visitors Center as a compelling and meaningful way to bring alive the history that happened on our campus May 4, 1970; to put the events of that pivotal day in historical and social context; and, perhaps most important, to share the lessons it holds about the need for each of us to cherish and protect democratic values such as free expression, civil discourse and nonviolent social engagement.”

Kent State’s annual May 4 commemoration gives the university community the opportunity to reflect on the tragedy and adapt the lessons learned to current events. The annual candlelight march begins May 3 from 10:30 p.m. at the Kent State Commons. The march loops the campus and pays tribute to those wounded and lost May 4, 1970. A vigil follows the march until 12:24 p.m. May 4, with people standing at the spots where the four students — Allison Krause, Jeffrey Miller, Sandra Scheuer and William Schroeder — fell.

This year’s commemoration also will feature multiple speakers, including students who were wounded on that day in 1970. Organized by the May 4 Task Force student organization, a panel discussion will take place May 3 from 8-10 p.m. at the Kent Student Center Kiva. The memorial continues May 4 with additional speakers participating in the commemoration program at the Commons from noon to 2 p.m.

“The May 4 Visitors Center brings memory and history together, in order to serve the future,” said Laura Davis, director of the May 4 Visitors Center at Kent State. “Visitors frequently comment on the power of the exhibit in evoking the past: ‘It makes me feel like I was there,’ they say. In addition, their comments on the center’s response stations affirm that the display offers a powerful reminder of the importance of protecting rights that help preserve a democratic society.” 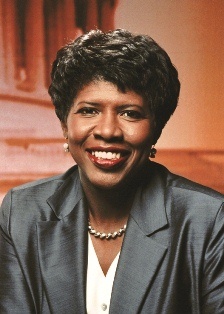 The May 4 Visitors Center is located in Room 101 of Taylor Hall at 300 Midway Drive on the Kent Campus and is open from noon to 5 p.m., Monday through Thursday and Saturday. Extended hours during the dedication and commemoration weekend will be posted on the center’s website. Admission is free.

Caption for photo of Gwen Ifill:
PBS news anchor Gwen Ifill will moderate a panel discussion on the “Historical Significance of May 4 and the Visitors Center” during Kent State University’s 43rd commemoration of May 4, 1970.