Antarctica's "doomsday glacier" has been making headlines for its rapid melting, which could lead to large rises in sea levels much earlier than experts originally observed. In addition, "zombie ice" has been reported in Greenland, which unfortunately is not a "Game of Thrones" reference, but more rapidly melting ice sheets that will impact sea levels. To find out more about these headlines related to the climate, we reached out to Cameron Lee, Ph.D., assistant professor in the Department of Geography. 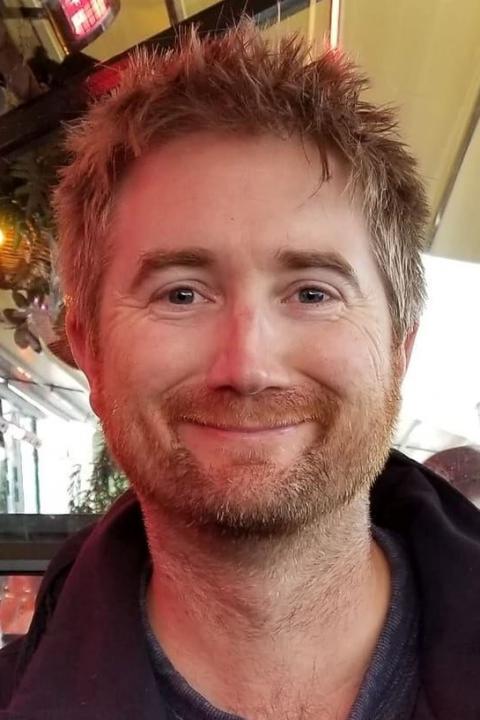 Kent State Today: What is the 'doomsday glacier'?

The "doomsday glacier" is a nickname given to the Thwaites Glacier in Antarctica. It is given that nickname primarily because of the combination of its size (it’s the widest glacier on Earth), its history of going through fairly rapid pulses of retreat/melt, its vulnerability to climate change due to accelerated local warming and the possible impact of all that excess water raising sea levels when it does melt. Estimates are that it has lost about one trillion tons of ice in the last two decades.

Kent State Today: How is that different from "zombie ice"?

Kent State Today: What would the climate implications be for this much melting ice?

The impacts of melting ice are numerous, but primarily people should be worried about how all that additional meltwater can impact sea levels.
The amount of sea-level rise, of course, depends on how much ice melting we are talking about. While there are thousands of glaciers, the two biggest, consisting of more than 99% of all glacial ice, are the Antarctic and Greenland ice sheets. There was a recent study that came out saying that a best estimate of sea-level rise by 2100 is about 1 to 2 feet from Greenland meltwater alone. But if greenhouse gas emissions follow a future course similar to the high-melt year of 2012, there could be up to 30 inches of sea-level rise from Greenland. This doesn’t even include Antarctica, which by itself could add in another 1.5 to 2 feet. Since a disproportionate amount of the world population lives near the coast, as you can imagine this is potentially devastating: estimates are more than a half billion people could be impacted by coastal flooding in 2100.

Kent State Today: Can anything be done to slow the melting?

Yes and no. There is some ‘warming in the pipeline’ so to speak, which means there is some warming that will continue to happen over the next few decades that we cannot do anything about, even if we stop putting any CO2 into the atmosphere right now. This is mainly because of the residence time of carbon dioxide in the atmosphere and the lag time between when the CO2 gets emitted into the atmosphere and when the Earth has reacted to it and reached a new energy equilibrium.
But it can also always get worse. The more greenhouse gas emissions (especially CO2 and methane, but others too) we put in the atmosphere, the worse this will get. So, yes, we can slow potential additional melting by slowing down warming of the earth/atmosphere, by reducing our emissions of greenhouse gases. The good news is that we know exactly what we need to do: stop using fossil fuels (coal, oil/gasoline and natural gas) as an energy source. Even better news is that technology has advanced to the point now where this is largely figured out. Sure, there are a few things that can still be improved upon, but by-and-large, we just need to scale it up – massively. But, this will take time, effort and money.

Kent State Today: How can the world prepare for eventual rising sea levels?

So there are two broad categories of what I call, “climate change solutions” - mitigation and adaptation. The former, mitigation, is largely what I talked about above: preventing additional future warming by eliminating our reliance on fossil fuels to power our lives. But adaptation is what you’re asking about here, and it is equally important, since as I mention above, there is some warming at least that cannot be prevented. Regarding sea-level rise, and the reason this impact of climate change (among the many) is one of the most-often discussed, there are no great adaptations. The one that comes to mind first is to build a seawall. But this is not a great solution because eventually that rising sea water will have to go somewhere, meaning that communities or countries that cannot afford a seawall will get all that additional water. Thus, the only real adaptation for sea-level rise, for the human population and infrastructure at least, is to move away from vulnerable areas of the coast.
The easiest way to do this is to prevent people from building in vulnerable areas in the first place. This can be encouraged by zoning measures (zoning coastal lands as recreational/park areas), and not building out utilities to these areas (e.g., no water or sewer lines or electric or gas, etc.) to discourage people from building there. The bigger problem is the people and stuff that are already in these areas. Not just homes, but businesses, roads, airports, etc. Can we ‘force’ them to move? In the U.S. this is not likely. In other countries, it is already happening. One potential adaptation is to only offer insurance to rebuild (e.g., after a coastal flood) with the condition that the insurance money will only be given to rebuild elsewhere – away from the coast. But eventually, there will come a point in time that each individual entity will have to make a choice about whether to stay and rebuild after a flood, or to cut their losses and move. Moreover, after these events happen, we are talking about thousands and eventually millions of people that will have to be relocated. Where do these people go? In the U.S., perhaps they can just move further inland. But in other countries, it's not that easy – there may not be land further inland (e.g., island countries). Where do these people go? This turns into a mass migration issue and a national security issue, potentially, as well.

Kent State Today: Will this only affect coastal areas?

While sea-level rise will only directly impact coastal areas, indirectly the migration of people away from coastal areas and into more inland locations will, thus, impact those people further inland. In addition, people that don’t live on the coast, but nonetheless rely on products, services or infrastructure that is situated along the coast, like airports, will be impacted. If you’re asking about the larger climate change issue, well that will impact every single person on this planet – coastal or not. And it probably already has – whether someone has ascribed it to ‘climate change’ or not.